So I’ve met this guy and the highest I’ve met with my team is no more than 35k! And that is super rare, even tho I got his flatline down and she got ressed before match finished I can guess this was a bot as it felt like it how is this possible the update causing stupidly problems??

That’s not a bot. You were screwed hard. Your team is balanced. This never should’ve happened.

Bots do not have an alliance and they have the same power level as you.

This is just bad luck/a bug.

Your team is mismatched in levels nd grades. Hhg punishes those kind of players hard for not bringing even teams. This punishment has gone too far. Lol

Nah, this isn’t a case of imbalance punishment. The worst possible outcome of a mismatched team is that your team is treated as if all five heroes are at the level of your highest (for rank, level, etc). That would give him an average of 7*, gold+1, lvl 79 across the board.

This appears to be a matchmaking glitch since there’s no scenario where an imbalance punishment would result in something this far off.

I’ll look into this. This seems pretty unreal to me.

Hi Huginn, I did not realize that developers visited these forums. I must say that I am a little surprised to see a developer here stating that he would look at this problem when I made a similar thread a few months ago (which just got closed today) and everyone just shrugged it off saying it must be a bug.

Well, if you are looking at this player’s problem, could you please look at mine as well? 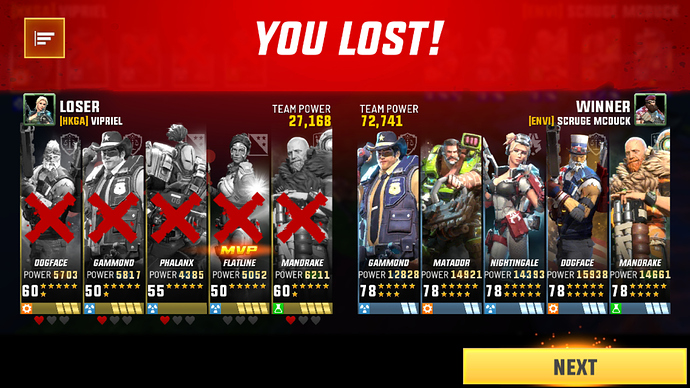 @Vipriel, There was a period of a couple weeks that occurred several months ago where matchmaking was severely bugged. It resulted in a lot of terribly imbalanced matchups. If the problem you’re referring to happened during this period, then it’s already been addressed and fixed.

Perhaps you’re right. I hadn’t seen any other threads at the time I posted the screenshot above but I’ll grant that I have not seen anything crazy like that since then.

To be totally honest though, it felt a little salty to see a developer chime in to this post to say that the power difference is “unreal” in that match whereas it was all crickets for my post where the power difference was far greater. Could have been nice for a developer to drop a one liner to say “this should be fixed now” and I would have been satisfied. It also feels slightly worse that when a moderator closes my post based on the same problem that a developer comments on someone else’s post.

I would probably feel the same way if the same thing happened to me, but I do believe that they closed your post because others where derailing it after it had been inactivate for a long time, and not because what your original post was about.

That. Also take in consideration that developers might some days have time to look into things they see on the forum and some days the might not have that time due to work reasons. I do the same, some of us at work run a Facebook group where I administer. Some days when people out their problems I can look into them, most days - not, and I ask them to contact support.

EDIT:
I am not a developer.

My condolence for your loss.

It happened to me too. 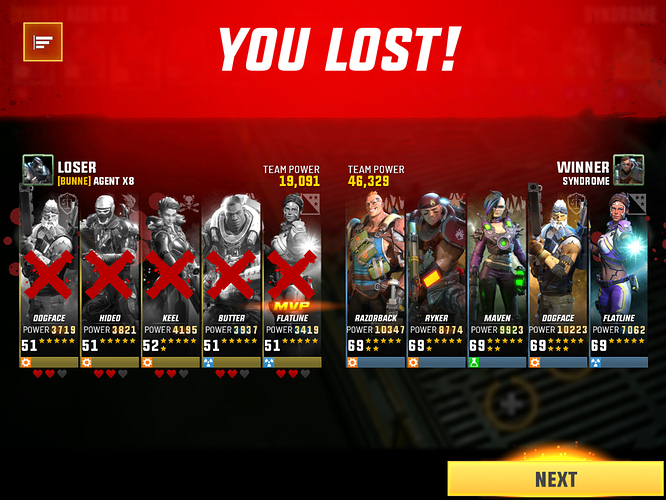 Yes it is. Something strange happened in the last 2 days, seems like they pushed out a new algorithm.