PvP power after the update

I’ve had really weird match ups since the update.

The bots I fight are weaker but the players are 4k higher. 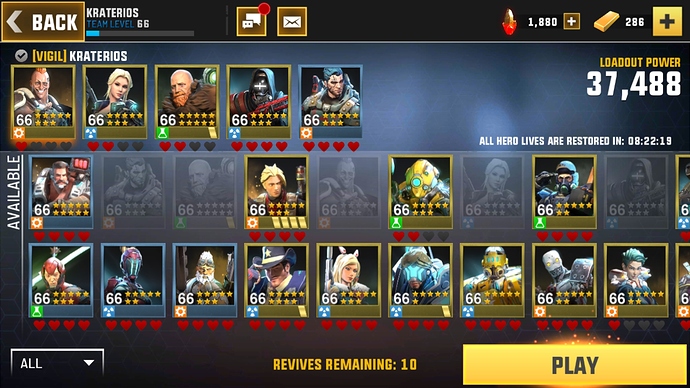 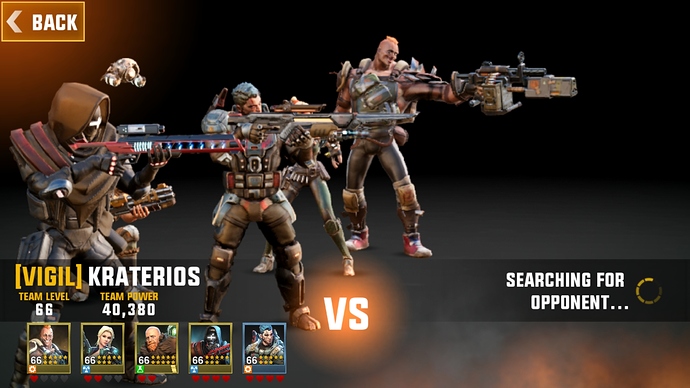 Also my team power fluctuates when I start a match, anyone else having this same weird bug?

My team went up for about 4 K in opponent searching screen and matched with the power of that level. Is this a bug or their intention? I am not playing anytime soon if it keeps happening. Losing a lot. It happened only after this update.

My hero selection seems to jumble up now too. I place my hero in slot 1, but I end up with controlling slot 4 or 5 off the beginning some times.

Happens to me too, and I don’t like that.
I need to be able to know for sure with which hero I will start the pvp, not random between slots 4 or 5

Same here, somehow I start with my 4th hero

The game seems to be a bit slow at calcualting the new power when starting a match. After the match it shows tthe right power. When useing the exact same team for more than one match it has the right power level.

True but then it’s of by a 4k power difference

Didnt have that problem, as far as i saw the opponents were in the normal range

Alright, more people suffer from this, I guess the devs will solve this as always, good to know it’s just not me and I’m going more crazy then I already am

Maybe this has been done to prevent 1-1-21 heroes? I mean, it should be a bug, because it wasnt stated on the patch notes. But maybe they are working on this for next patch and it slipped in this by mistake.

Can you guys test if it also happens with teams with maxed skills?

I tried with all platinum team because their skills were maxed out for PVE. It is still higher up but only about 300 points. I tested with all bronze 5 stars at lvl 60 with different skill investment. It is still higher up about 1000 points. For unbalanced team with team power around 19k, there is about 4K higher up. I can’t really play today and I were testing out different combinations just for ??? this bug.

Same here, even an almost full skilled team seem to give you a 4k power difference matchup.

If maxed skills would be the reason I’ll probably have a bigger problem since I systematically run out of bucks, so I prefer working on stars then maxing out all skills. I don’t really see any use for low damage stuns/silence skills etc

Dont get me wrong, I agree that spending around 1M to make Surge root hit for 6k instead of 1k is pointless. I just found out that my teams with all skill maxed display power correctly. But it could be just a coincidence. 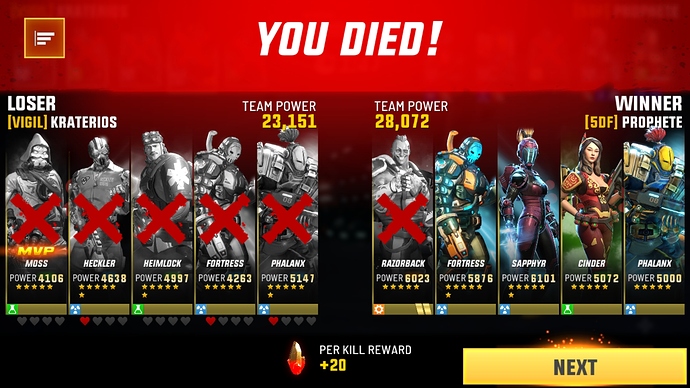 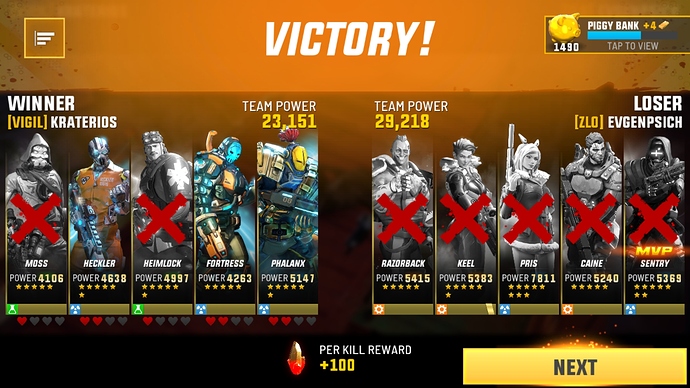 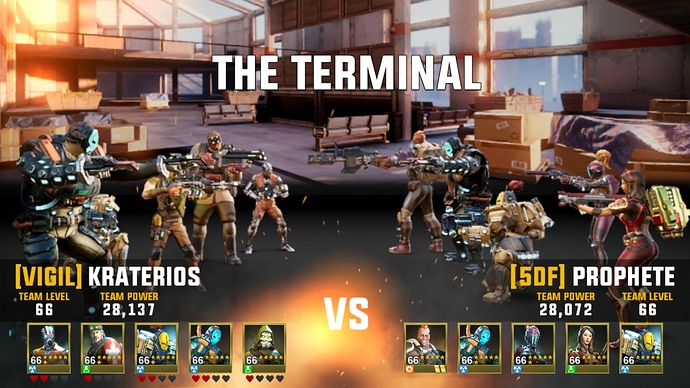 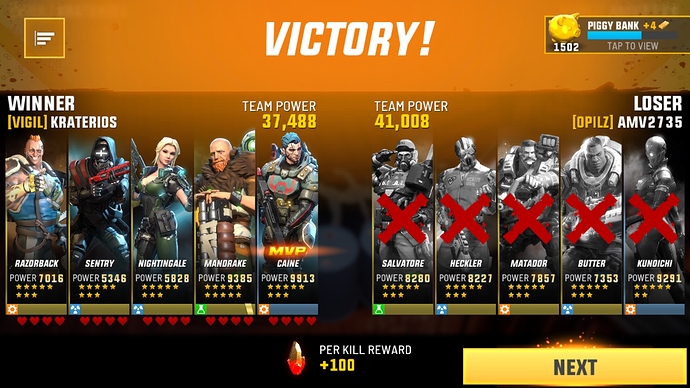 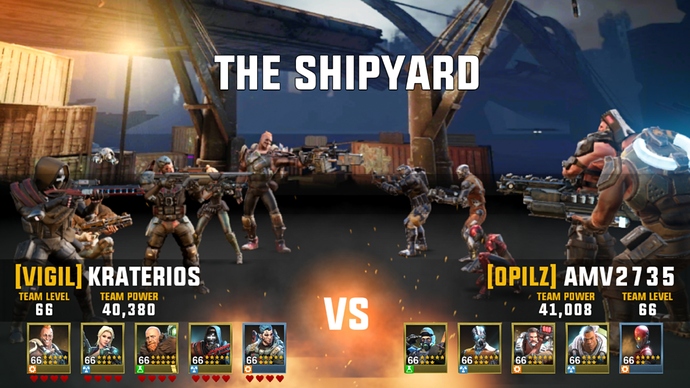 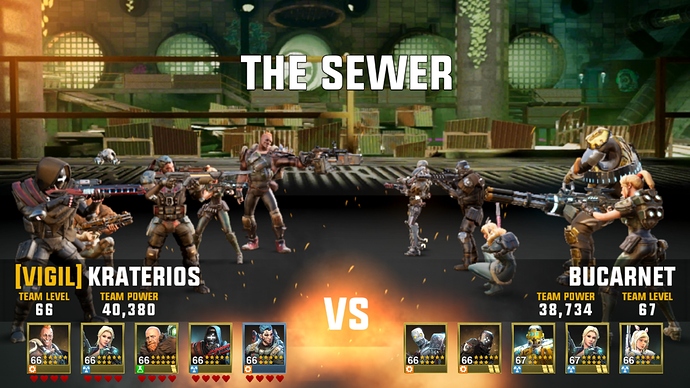 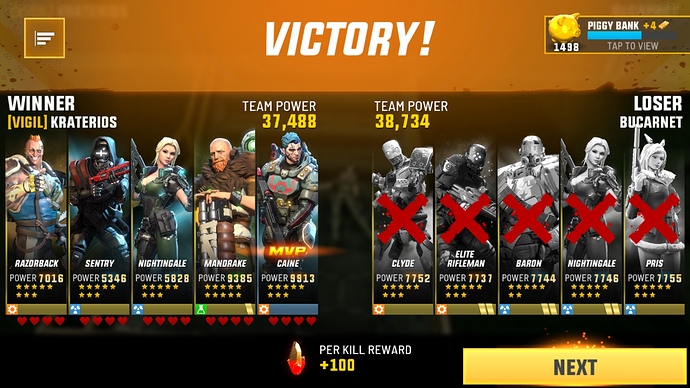 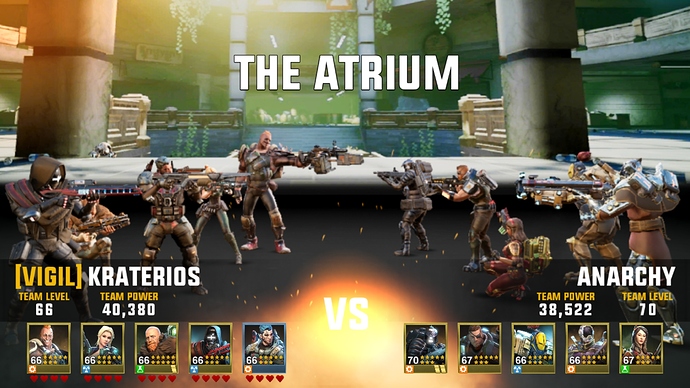 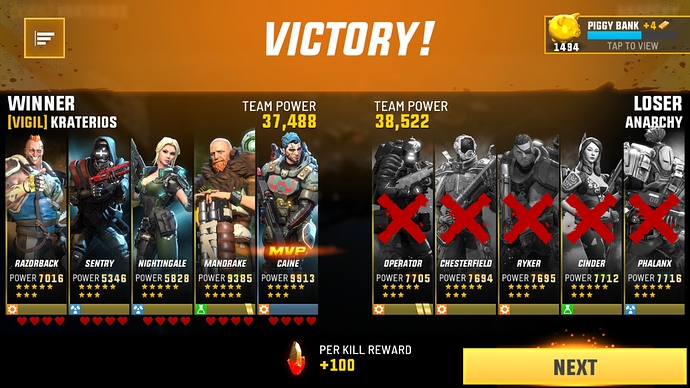 After playing some more matches it seems that it has to do with skills, only enemies not effected by this are bots

I checked your skills (not maxed) and enemies skills (all them have their skill maxed), so maybe its a way of punishing players for not leveling up skills in order to have easier matches. Like, matchmaking counting all skills as maxed, so you get paired against people who is doing the same, or stronger people.

But this bring a whole new problem to hero’s like surge, cast, Chesterfield, cross, Fischer etc

At the same time that all skills all are the same in power for every hero, bronze 7, silver 9 and gold 12

I can probably throw away 90% of the hero’s that have 1 or 2 skills that are of little value, especially if he has 3 low damage skills, that would bring way to much power in a fight.

Before this patch, their level 1 skills were really impactful on the match, while weighting pretty much nothing on PvP matchmaking. After the patch, we have the opposite problem. Now they weight too much for the small damage they can do once maxed.

But given this change was not announced on patch notes, I’m guessing its a bug or a feature from future patches that slipped in this patch. If this matchmaking change is under work, they may be also be working in something to solve the problems this change would bring to all those heroes.

All we can do at the moment is report this to support, and wait for a developer to answer on this thread, I guess

I’m not mad or anything, I was also annoyed when I fought halo Baron cinder platinum with all lvl 1 skills and somehow they had a lower power ranking then me while I using 1 platinum hero.

But glad I’m I know what the problem is right now, my a team still works, don’t know what to do with the rest though haha