I have not complained about PvP Min / Max yet … and still do not know. (Yes, I know that there are enough topics), but I just wanted to show something. Balanced teams seem to be more punished than Min / Max at the moment 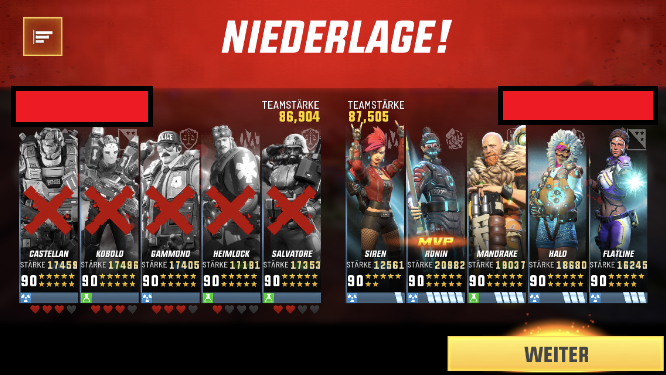 What we have here, I have a random team which can not be more balanced, all 10 *, all platinum, all skills max, deviation strongest / weakest 295 (!) Points. Opponents: 46 stars, 16 (!) Bars, biggest deviation 8321 (!) Points. Our overall team strength deviates only minimally

Example 2 gets better, my Brogan dances a bit out of line because he has only 9 stars, otherwise everything is the same, deviation strongest / weakest 1826 Points.
… Just look at my opponent. 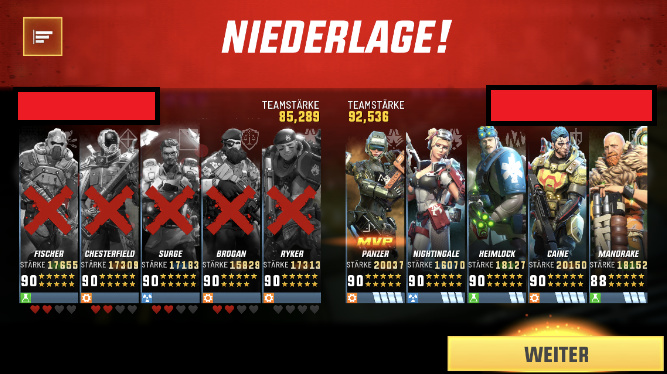 But I’ll say it again, it’s not a complaint, but maybe HH is trying to change something … and if that’s just the total team strength is 5.0% apart (in the lower picture 7.8% )

I completely agree in saying the anti-cheat or whatever system they have in place has been toned up a bit aggressively, now arguably it could be a Streisand effect where the fact min-maxing has been brought up more recently causing more players to do it therefore making game manipulation more common. However, I do not believe the matchmaking systems are only at fault here; more people are manipulating the game than ever before using Ronin (as an example) causing it to pop up more and as a result. This has led to a vicious cycle beginning, I am not sure the solution to this other then the way matchmaking is done needs to be changed. or some mass balancing needs to occur when matching opponents.

I know new systems have been put in place to aggressively match you when you are even the slightest out of place aka you have 1 bar on toon and the rest are base plat it will place you against a team with bars as a result.

Yeah, I experinced something similar too. Lets see the pics. 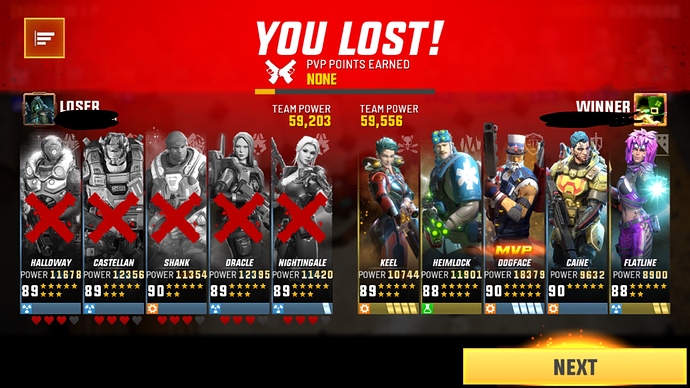 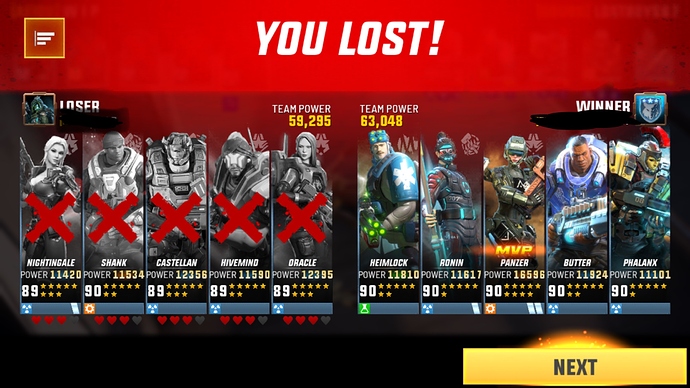 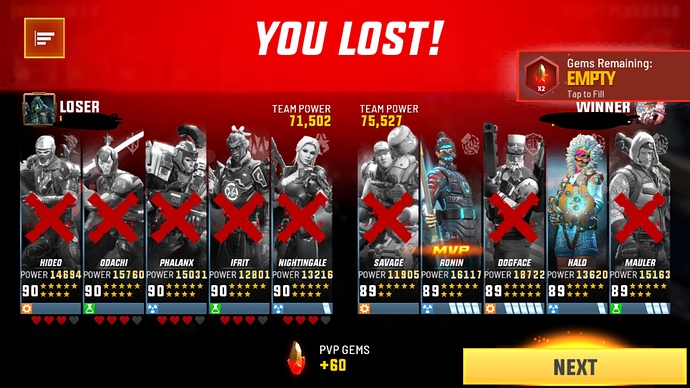 These pictures are a perfect example of what I mean about it being aggressive when you have 1 toon with a bar, you would think it throws you in equally with someone else who has 1 bar but instead it pools you with the same people trying to manipulate the system.

This game has been around few years, there is no way of stopping it. If there were ways of stopping this, Devs would have done so by now. I suggest just play and have fun. Its made for entertainment. Why stress out over it?

As you said, there are topics on this. Acknowledging that there are other topics and posting anyway doesn’t make it okay.