PVP? Oh my characters were too short

Why am i ALWAYS grouped against a team stacked way higher than mine. Gives cheaters a advantage. Should be grouped by your game level. & why cant i pick a password i want? Talking bout too common or too short? Who is going to hack into this lets be real

I think he refers to passwords where they require 1 capital letter and atleast 1 numeral. Possibly when he created his account here?

They dont start unbalanced. Some but tbh the unbalanced teams win alot more. Its you guys pitting me against teams 2000 to 3000 stronger than me. If i have a 11000 team & im 44 lvl why am i facing 13000-14,000 teams thats 60-70ish lvls? Like back to back to back. Pvp is not even fun & i lose all my pvp points losing to mismatched teams. If i put together a 13000 team in facing a 15000 team. Never face weaker teams but im always facing stronger teams. & i call BLUFF bcuz I’ve NEVER been invited to a pvp & im ALWAYS on. So STOP mismatching me against hard cp teams. 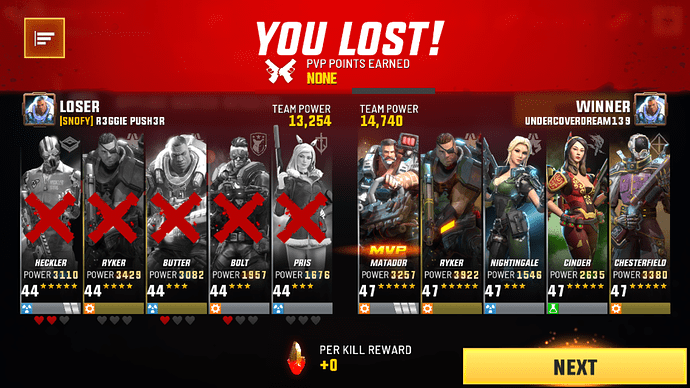 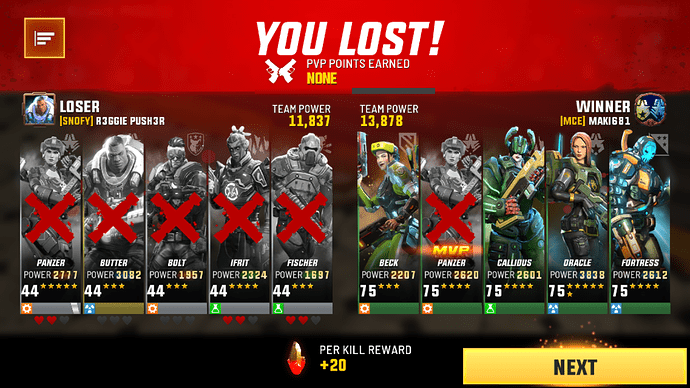 It was your Fischer in the last picture buddy. Get them around equal power, no more a discrepancy than 250-500 power. Also their team was a near full counter to yours due to them having WAY higher stats for auto damage and hp. You gambled, and lost.

I hear a lot of ranting instead of asking for tips to increase your gameplay.

That last pic is annoying, a full green team, can’t give any tips on that, but the first one is wrong, you use butter with no healing, he has 1 quick single target heal and team heal, you will not win if you keep a team like that

Because something should be done with your algorithm that’s why its ranting. I know how to make the bots stronger, thats not the point nor is it a feasible excuse for why im fighting teams when i have no chance to win, its pitting me against way stronger teams that no matter what i did with butter it wouldnt matter. But you guys obviously dont have any common sense over there or you would answer the question as to why im fighting too string teams instead of talking around it & not answering anything. Its like donald trump made this game

Have fun, I’m not going to waste my time on you, I have better stuff to do.

I agree with @Kraterios, your problem is based off team composition, not an overpowered opponent.