I’m just too pissed to articulate words right now. Why is PVP so fuckin stupidly buggy? This update just disconnects the shit out of me, and leaves me with this screen like 5 times in a row now. 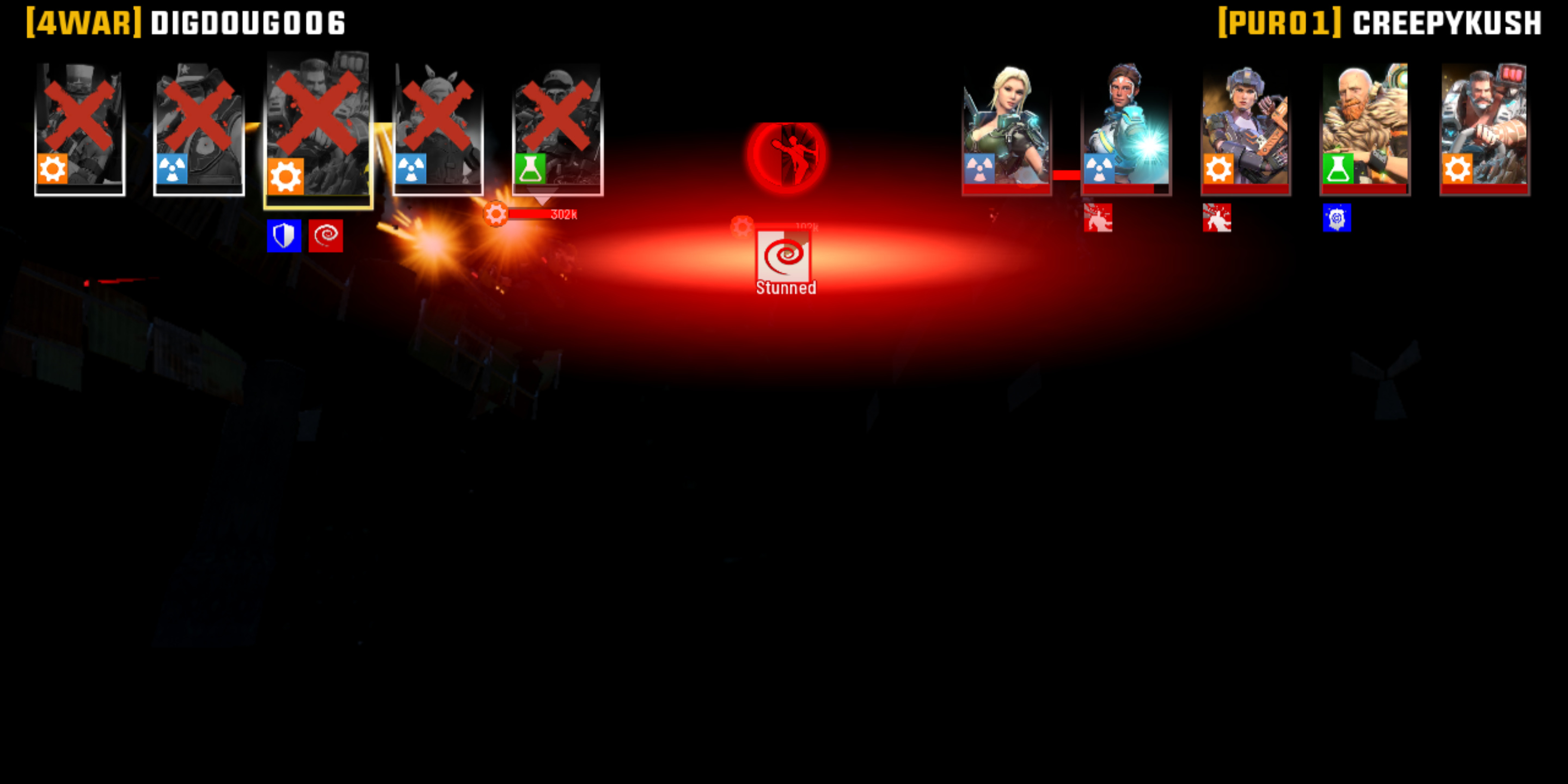 Seriously DEVS, FIX YOUR STUPID PVP BUGS right now. I’m tired of the game trying to make me rejoin a match that just shows a BLACK screen where I can’t even control my character. I tried logging on in 15-20 minutes intervals, same shit happening. Can you please focus on improving your PVP bugs/issues instead of introducing some shiny new hero? I would like both yes, but since you can’t provide that, focus on the fundamental issues first.

Not only that, I tapped the screen when prompted to rejoin, it BOOTED me out and for some reason went to the Gauntlet screen, and RESET my gauntlet when I had a fresh one!! What kind of stupid buggy bullshit is that?!?! I can’t get back that gauntlet, my favorite two teams just died to disconnects.

It means they dedicated their time to making IFRIT really awesome/op so they can grab some more cash, and thought “Ah, they’ll get over the PVP issues, we’ll address it in a month, we’re making fat money for now, WOO!”

The screenshot I posted, at the start of the match, that’s how the screen looked, black. 4 heroes were doing stuff, but one wasn’t, which makes me think it still thinks i’m controlling that hero, essentially making it a 4v5 at the start. I reconnect and that’s what I see on my screen, my last character dying.

Be careful where you tap on the screen when it prompts you to reconnect, you might lose a WHOLE fuckin guantlet mission, so STUPID.

@digdoug006, have you contacted in-game support?

It helps cause it sends data you can’t provide with a screenshot, maybe they can find a solution

I’ll give that a try, thanks. I doubt anything happens, based on my previous experiences.

Maybe it’s a software problem that has an issue with your phone, I don’t have any problems atm, so it might be update related or something else, good luck man

My tablet seems to be doing this. My phone is okay. 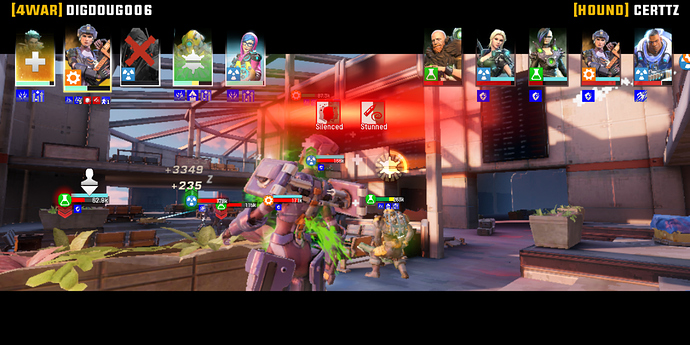 THIS time, i’m taken to the heroes, but all my button functions are gone. I can’t attack, use any abilities, CANNOT TURN AUTO ON, so whichever hero I select just idles. You know what I can do though? I can roll with the heroes, roll to the left and right. Hopefully roll my way through victory and pray they’re trying to attack the particular hero i’m rolling with. NOPE nevermind, the person killed em all, I didn’t stand a chance.

bad connection, try to restart your router
as for the rest, have you tried clearing your game cache? maybe that will make it run better.

worst case, contact support. Ive seen this many times in past community forums that making complaint threads wont solve the issue at hand. you gotta let support know so they can look into it and resolve the issue

I haven’t had any issues with a black screen like you, but I did have a hero just get stuck like he was being tasered by Flatline:

And here he is from another heroe’s perspective still stuck in the stun pose, even though the enemy has no heroes left that can stun and he was like this for the last 20 seconds of a match:

This is a bug caused by Baron’s bronze.

I already reported this one last month, but I got a generic reply about using the forums to give feedback, not the support channel, which kinda irritated me.

Ive seen up to two enemies permanently stunned with one Baron’s bronze because of this bug, which can be REALLY gamebreaking.