Please fix the availability of the silver level bottle fragments

Please fix the availability of the silver level bottle fragments. 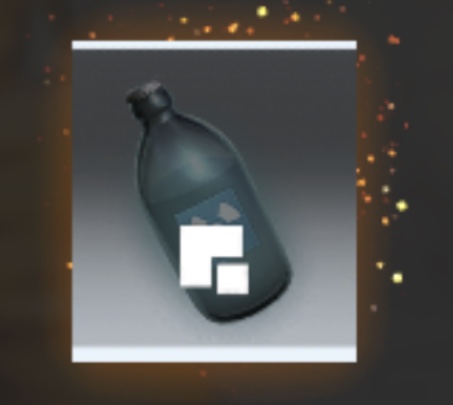 . Having them only available in crates and the solo missions makes leveling characters in fun. Especially going from gold to platinum. So you can basically level a character one gold bar a week. The idea of spending 5 weeks waiting to be able to level one character drastically reduces my desire to play. The drop rates on gear from missions is bad enough this additional forced waiting is completely unnecessary.

They are also in solo raids, so you get up to 63 out of that alone every week.

I believe the image he posted were Silver frags, not Platinum, and I am in the same boat as him… I have tons of gold fragments/platinum fragments, but have run out of bronze/silver fragments. At least Bronze frags are farmable but silver frags are exclusive to solo raids…

You said to switch to and upgrade a different class of hero, and normally I would and this would not be an issue, but this month’s faction heroes are ALL energy. The Devs said it themselves that upgrading these heroes would be most beneficial to our success in events for this month and I would like to upgrade these heroes exclusively to prepare for later events, but requiring 10 silver frags per silver bar and 30 per gold bar for 5 different heroes is a lot that is required for this item’s current means of availability.

With this being said, I think a more appropriate reward for this Solo Gauntlet Patriots Blitz event would have been to reward Energy canisters/fragments since those have become a huge bottleneck item when it comes to upgrading, and especially since it is an event that highlights them specifically. Just a suggestion for future events

I believe the image he posted were Silver frags, not Platinum, and I am in the same boat as him… I have tons of gold fragments/platinum fragments, but have run out of bronze/silver fragments. At least Bronze frags are farmable but silver frags are exclusive to solo raids…

Yes it were Silver frags, but i was refering to his comment about getting his heroes to slow to Platinum.

And yes it is a bottleneck, but like I said before, it would be boring, if you get massive amounts of the needed Items and could upgrade your heroes in days.
Sure these month heroes are all energy type, but you don´t need them on Platinum to finish the raids. Gold is enough.

My opinion to this and all similar demands is, that you need bottlenecks to keep the game fun for the patient players and to get cash out of the impatient. I don´t want to play a game which I can finish in a few weeks or month. With finishing I mean maxing out all heroes. But you can do that here, by investing money. You get up to 10 resets per Raid, which would add up to 630 maximum frags a week, which is more than enough.

Prior to this patch the silver fragments were available through at least one mission. There already are bottle necks set up to slow down the leveling of gold to platinum characters by the amount of items needed. And for some of the final bars you need items from the final lev 10 area which for some is an additional bottleneck. I think the previous slow down in leveling was enough without tripling the time.

I never noticed that they change the availability of items. But never farmed for silver bottle fragments so I can´t tell.

I don´t know what takes you so long to level your hero, but if you need one week per bar, you can´t come short of silver bottles. You at least get 45 a week, but only need 30 per bar.
I do two to three bars a week and still don`t come short of silver bottles. You get 54 bottles as average. Me it takes two weeks to level from Gold to Platinum, so I get ~108 bottles while doing so. If I level up a hero with a differen element afterwards, I can even level two heroes a month from green to Platinum (needing 190 Silver bottles) and still have some bottles left.

I think two heroes a month from min to max isn´t that bad of a number, If it`s to slow you still can invest cash and do it in days.