I petition to remove war from Hero hunters. Never mind the fact you guys pulled kurtz out as I was one war win shy of unlocking him. The servers obviously can’t handle it, and it’s really taking away from the game as a whole. It’s become this huge focal point of the game, which is supposed to be a FPS, so please remove this crappy board game. I know I can’t be The only person tired is this game mode. How many people need to agree on here to have it removed?

I do not accept this petition, nor am I tired of the gamemode. I think it’s a cool development and they should continue to work on it and refine it as they have been doing so far.

why should you take away the one serious, strategic event, entice coordinated participation of the whole alliance and have nice prizes?
how would you expect to get Serial and the MKs then?

In campaign and crates like every other hero, and like we did before they tried to turn this FPS into a board game

I don’t see it as necessary. I don’t care for it. A mode that doesn’t do much for me is useless.

As someone who is 20 frags shy of Kurtz, I feel your pain there, but I don’t think that’s a valid reason to remove an entire element from a game, that mostly functions as intended.

It was never an FPS, more SOCOM style or MGS and over the shoulder shooter.

People aren’t tired of the game mode, some are irritated by the server choke at resets. But it’s not something that’s easily fixable and it takes time to fix. They’re a team of 8 people, and it’s not like they just flip a switch and the lag is fixed.

Have patience, it’s in their best interest to get it resolved, which is why I have faith they’re working on it.

Alliance Wars will remain. We don’t remove features from our games. Players are free to choose what aspects of the game they engage with, as nothing is forced. 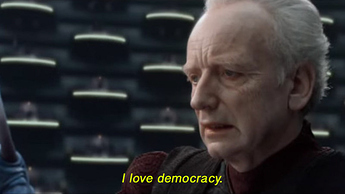 I love This game how it is. All we need is new servers or fix the lag in war. Other than that the game is fun as hell

We don’t remove features from our games.

Wait what? Nothing is removed? There is another thread … sec please … search files … What Happened To Draft Brawls?

Just because you haven’t seen something in awhile, that doesn’t mean it’s canceled, or never coming back. An event is different from an entire game feature.

Well it’s be cool to not see war for a while, like a long long while

And THIS guy never complained once…

check that out! In fact, I asked him about it and like you, he’s not crying that he isn’t getting Kurtz at this moment. He’s an amazing PVP player who doesn’t need him to be good.

My issue goes beyond kurtz, as I said. Server lag is absolutely terrible when ever war is active, just one more thing takin away from the game over all. And the matching is ridiculous, we’ve faced alliances with over 15-20+ 100k+ teams against our six or seven.

Skin tokens shortages are a whole nother issue, but are way too pricey in alliance store, unaffordable so, even doubling war rewarded gems

I suggest risk, it’s in the App Store, under strategy games, not under shooter games

The feedback I’m seeing is that you want War removed from the game due to having bad experiences with lag, and it being not the kind of game you signed on for. I can respect that.

We don’t agree that an entire game mode should be entirely thrown out, but your feedback is noted.

The same points are being repeated with nothing new being added, so since you’re just spinning your wheels, I’m shutting this down.