Patriots: Who to gold first?

I cant finish the brutal difficulty of the solo raid. I already have fortress and sapphyr at gold. I have surge 7*, Phalanx 5* and Flatline 5* all at silver. Who should I prioritize in getting to gold first?

I got conflicting feedback in the VIP and alliance chat. Some said go for phalanx for the shield. But it will only last during the first encounter. Others say flatline will make the team more resilient and harder to kill but will make her susceptible to dying.

Can anyone please provide some insight?

I would say Flatline. She can keep your team going.
Phalanx I find very underwhelming (even at Gold) - I guess she needs a Platinum promotion to shine.
Surge is just… Not good.

I used my platinum sapphyr, but that’s probably not the answer you need

I agree with Markus. Out of those 3, Flatline has probably the most impactful gold .

And she may actually become less likely to die, since she can heal herself more than 50% (once gold skill is maxed)

For me It’s the same :
Flatline first, then phalanx and after Surge 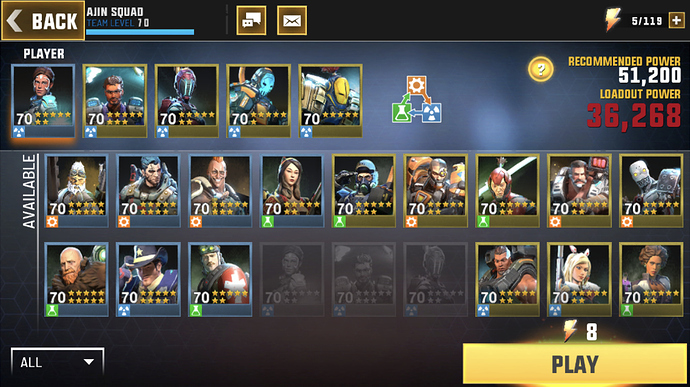