I know the developers use a wide range of data that help influence their decisions when nerfing and buffing heroes, but it seems like they have gone too far on several occasions and nerfed heroes into oblivion.

Some older examples of this include Savage, Razorback, Mauler, and Fortress who, at one time, were quite good, but now are utter garbage. More recently we have seen Ifrit, Panzer, and Nightingale get nerfed into the ground. These heroes use to be amazing, then after a few rounds of nerfs went to “balanced” (imo), and now after receiving even more nerfs have become C string heroes rarely used. Outside a featured event I haven’t seen Panzer in months in PVP.

What I don’t understand is why these heroes get nerfed after they are seemingly balanced. A lot of times it feels like a knee jerk reaction to data from months ago, or the devs are being too influenced by low levels which, imo, don’t really matter since you out grow them quickly. That and most people at lower levels don’t really grasp all the game mechanics yet. I play a 60k team on my alt account with Kuno that wins 90% of the time, this team would never fly in the 90k+ league. Does that mean Kuno should be nerfed because I am playing inexperienced players and she is stronger at that level?

To make these matters worse, other heroes that are obviously OP and used on almost every team go unchecked for several months. Phalanx was nerfed a few months ago, but I still see her on 9 out of 10 teams I face. Meanwhile I see Heimlock in maybe half the matches (usually even less, probably closer to 1/3), yet Heimlock has received substantial nerfs the last two months while Phalanx has not. The same goes for a number of other heroes. 4-Cep, Kurtz, Phalanx, Flatline, Keel, Mandrake, etc. are staples and go unchecked, while heroes like Caine, Heimlock, and Pariah recieve nerfs seemingly out of nowhere when they are used a fraction as much as the aforementioned.

I know my own experience is only a very small sample, but it seems to align with my Alliance and most forum users as well. It’s really frustrating because a lot of these heroes would still be usable and in the meta if they had not been over nerfed.

Uhm, all these heroes you meant for example are fine, they perform very great for me, maybe your either using them wrong or maybe using the wrong setups, i agree they were better once, but they don’t suck

@Robert_Pronk that was not the point of the post. The point being made is that some very powerful heroes that are widely used go untouched by nerfs while others that seem to be used less often are.

I disagree with @Deathleech on some points because Mandrake has received nerfs very recently. Phalanx did indeed get a 10% nerf on her team shields. 4-cep was nerfed, Flatline, something happened to Keel cause she’s different…but anyway, the point of what I’m saying is don’t miss the point of the post please. It’s not about how heroes are used at all, or that you use them better in your opinion.

I disagree with @Deathleech on some points because Mandrake has received nerfs very recently. Phalanx did indeed get a 10% nerf on her team shields. 4-cep was nerfed, Flatline, something happened to Keel cause she’s different…but anyway, the point of what I’m saying is don’t miss the point of the post please. It’s not about how heroes are used at all, or that you use them better in your opinion.

Yes, I agree about Mandrake. The only reason I included him is because he is still used a ton. He has indeed received a number of nerfs recently (no more stun, shorter heal when invis, etc.). The problem is his invis is just so powerful vs AI, which I imagine is something that is hard to address without completely changing the ability or AI.

As for the other heroes, I know some of the ones still used a ton received nerfs recently. But for example, Phalanx only losing 15% of her team shield seems very minor compared to Power Drink going from 10 to 5% damage reduction, which is literally that part of the ability being cut in half. Before that Booster Shot had a 5% heal reduction nerf. So one part of the ability recieved a 50% nerf and the other ability recieved a 20% nerf. Meanwhile Phalanx received just over a 25% nerf on her ONE ability.

This might be fine if Heimlock was used a lot more than Phalanx. but that wasn’t the case. I would say, in my experience, Phalanx was used almost double what Heimlock was, yet she has received fewer nerfs and they have been more minor. You would think with her usage she would be addressed first? Not only that, I fear Heimlock is going to drop out of PVP completely now, since he has received such harsh nerfs Why not reduce the damage reduction to 8% and then, if need be, do other smaller nerfs until he is fine tuned? Why are some of these nerfs so dramatic for heroes already walking the thin line of being useful?

Kurtz skills need a longer time to recharge or decrease their stun time.

I don’t think the stun time is the issue. It was just nerfed by 5 seconds. The problem is his Execute buffs are so powerful there is nearly no way to beat them unless the Kurtz team only has 1 or 2 heroes left and you are running a full team still.

Longer recharge would definitely help though. Or dramatically shorten the duration of the buffs. Or make them dramatically weaker (like less than half what they currently do).

My real opinion is that Kurtz should be banned as many are badly using him. I am a low level player and my pvp team is a 25-30k power. And to those levels I face Kurtz 8* plat and 3 gold ok heroes and then the guys have a level 1 green hero 1-3*. That’s really bad if I am honest soon as the game starts all my 5 heroes take damage and his level 1 green hero is dead and Kurtz platinum kicks in.

Your heroes pick on the weak green guy then grandpa Kurtz comes to woop their assess.

It is annoying spending all the time, effort and resources just for your hero to get nerfed.

Next I can see halo getting the nerf. Tons of people use halo, marianas, kurtz and that electric just blinds you so you cant see. I’m bringing her up now and just like when I finally got Robin, 4cep, keel, mandrake and others up, they get nerfed.
It would be nice to see the other heros in pvp instead of the same typical ones each time

Yes, I agree. Supposedly the devs were working on some sort of re-roll where you could remove resources invested in a hero and put them in another. That was announced months ago and then nothing else was ever said about it though. This would be great considering how dramatically heroes are constantly changing.

Don’t get me wrong either, some heroes definitely need nerfs. For example Panzer, Ifrit, and Kurtz when they were all first released were way to strong. Buffing every other hero to be on the same playing field would have required way to much work. The problem was the devs kept going with the nerfs to these heroes past the point of being balanced so they were no longer any good.

Now we have a constant flux of heroes being over nerfed and buffed so the meta is always changing. Instead of getting heroes to a certain middle ground and leaving them, that never seems to be the case. I never use Ifrit, Panzer, Ronin, Dogface, Fortress, or Gammond (to name just a few) anymore because they were over nerfed. I rarely use Nightingale or Mauler. Shiv will probably be added to that list after her recent destruction. Marianas will too, it’s just a matter of time. Will it be a few months or several?

We made no such announcement. A dev might have said “here’s something I was thinking of” but we never announced that we would allow resource stripping. Please be careful with your words.

Ppl need to stop complaining period. Ppl that complain are the one that don’t have that specific hero and is piss about it. When ppl complain n demand for a hero to be nerfed, do they consider how much resource n time certain player put into that hero. Some of us don’t care about pvp, and we build a hero to do pve or event. All this complaining and having heroes nerf is driving ppl to quit the game. As ya already heard from the dev, HH does not give back resource when they nerfed. I understand if certain hero is broken then yes, fix it. But beside that, please stop whining and complaining before dev nerf more.

Kurtz, love him or hate him.

Define “complain”. People should be allowed to criticize and express their feelings about aspects of the game as long as they’re respectful of others and their goal isn’t just to make everyone feel bad.

I don’t see why the nerfing happens. Is just so stupid. Who remembers the panzer or dagface meta team. Then the mauler halo to go against panzer. And then ronin to fight mauler meta team. And so many other heroes. Now you tell me how much you face these heroes nowadays? Panzer dogface mauler ronin? Nerfing is so silly. Knocks out the hero and never gets used.

Shivs nerf means you won’t see in pvp as often 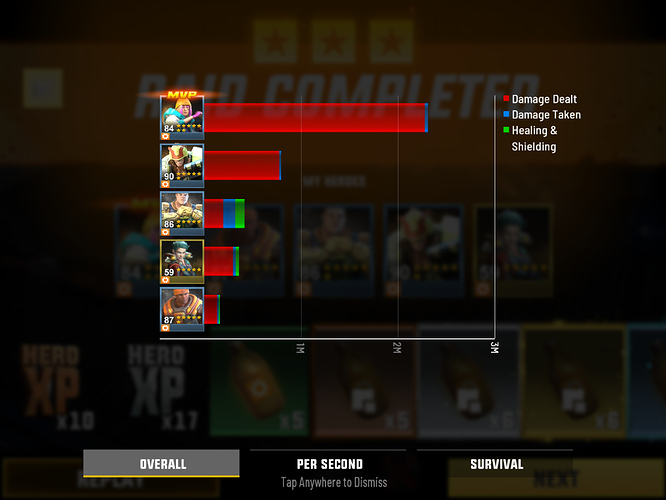 1-8 extreme need a nerf, too many high level enemies and they respawn really quick.
People without kurtz and all 5 bars might be stuck for long time.

No they won’t. There is team that can beat it. And Kurtz don’t help on that stage at all. U actually need siren n lancer and few other commonly use hero. Look it up on YouTube.

But yes, nerfing is annoying. Are new heros ran through a beta first? Or just thrown into the game?