I have a feeling that it misses to much.

Even when an enemy hero is standing in the blastzone it doesn’t hit, also when there’s 1 hero left and it is stunned, you see it dropping left and right but it doesn’t hit the target.

I’ve also used her in City Hall, even there she has trouble hitting 2/4 targets, and she’s even not being interrupted.

Anyone else who is noticing this?

Just report FFAU for spam and ignore. It’s getting ridiculous at this point.

@FFAU, here’s my Oracle, so hero lvl is probably not the problem. 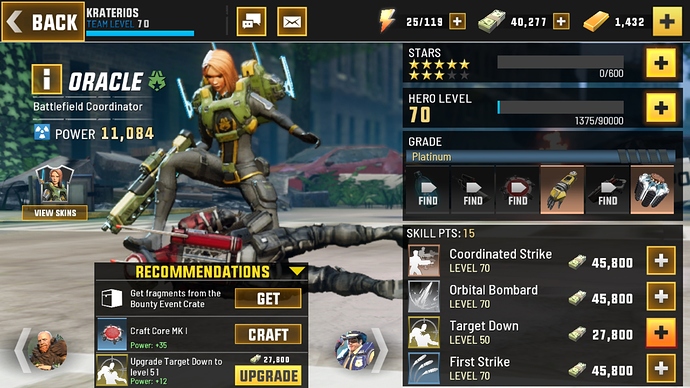 I don’t even know why you comment on this thread, yesterday you were complaining about people trolling or spamming whilst you weren’t answering to people suggestions, now you come here to troll/spamming.

You don’t even have an Oracle… 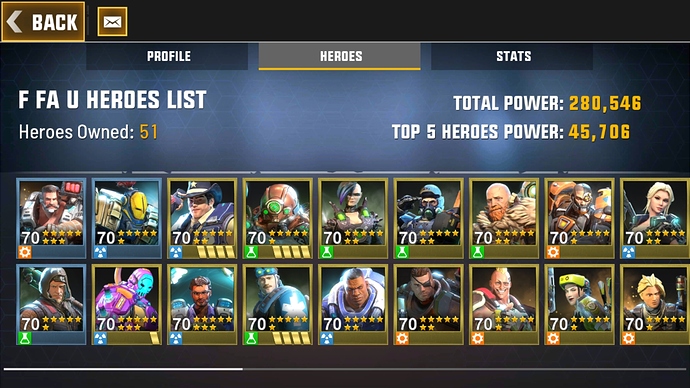 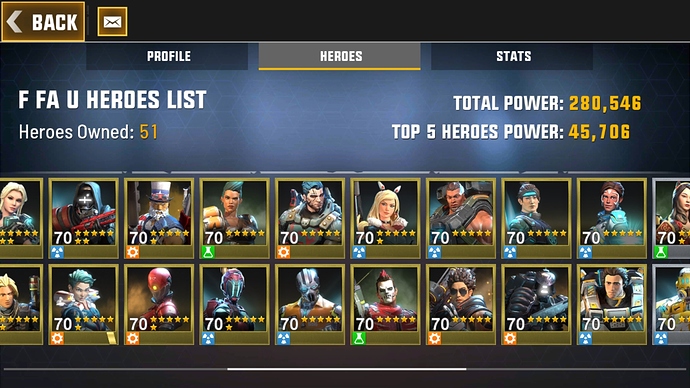 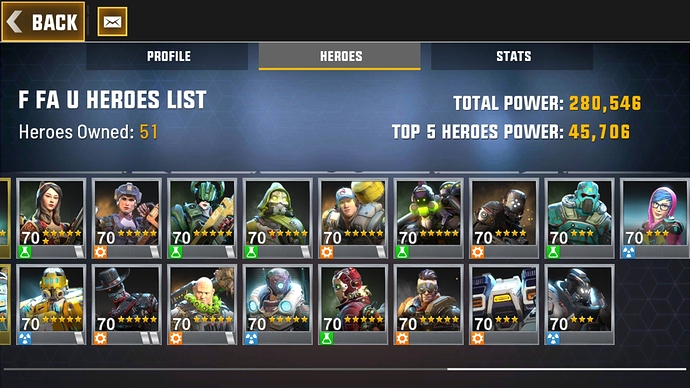 Hahahahahahah, thats why it works well for him

You put a whole finger boye on blast.

I see what you mean and I kinda agree. While I love her Orbital bombardment I also feel the accuracy is underwhelming. But even when it’s close to hitting but missing by a small margin it will force the enemy to leave his cover.

I just noticed that Oracle her platinum skill does no elemental damage, just normal damage, this is a bug

Challenge me, you take Oracle and I’ll take a bio hero, just did it with a mate but forgot to screenshot

Already challenged a guy. You’re right, at least in Challenge mode it doesn’t deal elemental damage as prescribed. I can send a support ticket in. 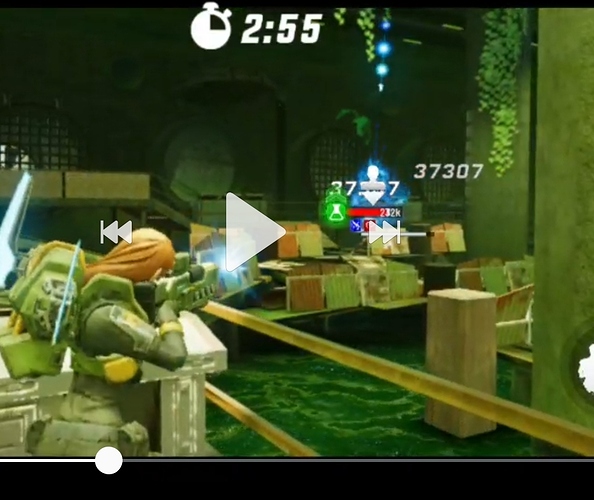 Also tested this in the campaign, same problem there, also in the bounty but I thought the numbers were bugged, but it seems it was the skill that was bugged