But to activate her plat, someone has to die first or you hope your opponent has brought a summoner.

Having said that, with 15% crit, whoever gets her Swig will wipe the other team.

But fran gonna be huge for bounties

I’m pretty sure I speak for everyone when I say that Keel DOES NOT NEED A BUFF. Jeez she can single-handedly insta-heal entire teams with relatively fast cooldowns already while doing decent damage too.

They should’ve boosted Operator’s healing and self-healing to absurd levels. Just 'cause.

Why reduce wars? AW is literally the best part of the game lol. That Ryker & Phoenix buff tho.

True, but with his own crit, when Fran’s kicks in, Cain (who got buffed a few updates ago), and Moss, Mauler will have nearly 30% crit. 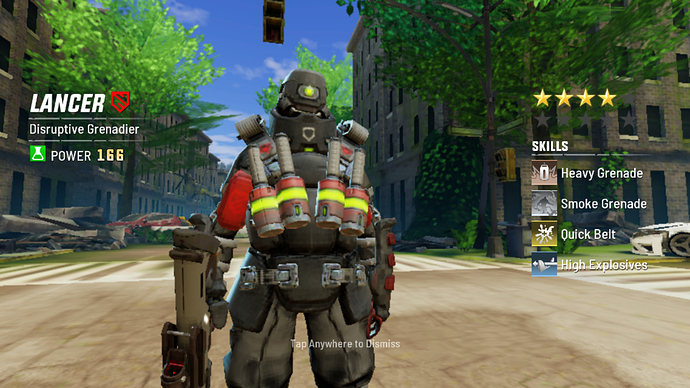 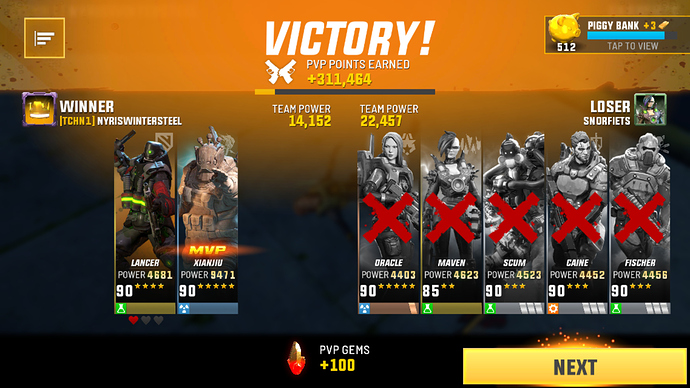 i am just happy to see Ryker finally existing in the buffed department!!! and Francoise too!!!
this is an exciting month. thank you for listening to my Ryker rants.

Nice start, can’t wait to see the rest the update has to offer. Halo nerf definitely needed, it was only a matter of time. Not sure how good Phoenix will be in PvP with her new buffs but we’ll see. Shank’s buff was expected. Nice buff to Ryker, I was hoping they made his battle tactics plat skill also benefit his teammates considering in the story mode he’s the leader of his team. I feel like François needs a little bit more buffs but this is a good start. Keel’s buffs are appreciated except for the faster reload time cuz now she’s gonna be more annoying when she gets her healing skill faster (and cooldown time was already pretty quick). Only thing I don’t like In this update is Alliance wars being 3 days instead of 4. This slows the process of getting Kurtz, a character we’ve all been waiting soooooooo patiently to get.

Suggestion for next update:
For Alliance Wars give us a chat (Not war chat) or someway to communicate with other alliances even after the war is over. I would like to talk to members of other alliances. Since we already have a chat called “Alliance” chat” call this new chat “Alliance world”. This will be beneficial in the long run especially if you guys are planning on giving us a new game mode in the future

I do wish we had more options on getting Gilded tokens

iOS update?
Why it’s so hard to release simultaneously?

That’s a good question to ask of Apple and Google! We release on time, but it can take time for the app to populate to stores based on how they each handle them. It’s unpredictable on our end, as we’re not Apple or Google.

Francoise is already invincible while her healing is active, which is very long. Once she sets up both Bronze and Silver skills to her ally, it’s almost game over.

Her Gold should have been adjusted with more care, considering how easy it is to activate. I have already seen sandbagging teams with less members to take advantage of it immediately. Some using as little as 2 members with the obvious main being 19k sandbag Francoise wiping out my entire team. And no, this is not due to my using a weak team. I do very well in PVP. It’s not a widespread abuse yet, but I see it happening more with this buff.

Yes she is hard to kill while she’s taking a swig, but it can be disrupted before completing. The real problem will be when you don’t dare kill her first. I think you know what I mean.