The November Update is out now! 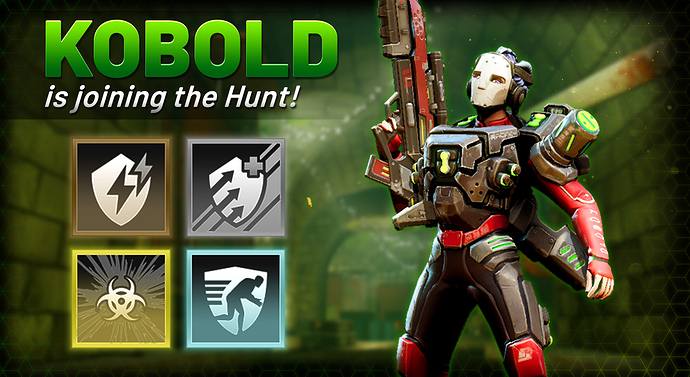 So we still have to deal with the same amount of cash we had when the level cap was level 50? To upgrade just two skills from level 75 to 80 is worth a days amount of cash!!!

The level up dance is still he most unenthusiastic thing in the game.

So, when will the winners of the Kobold contest receive their prize? I was one of the winners and am looking forward to using her in my team.

They will recive Kobold for free.

I see everyone else getting here and I’m sitting here waiting for mine like I was some Vintermyst.

Lol I know, I’ve been waiting too. Hopefully they don’t put it off until later

But I had a blast making a concept design for a husband/wife hero group. Think it might add some depth to the HH universe.

Diego & Madge; they once loved each other in close marriage. That was before the war… …now all that remains is bitterness and grief. [7] Afterburn (Diego) | Handsome Rouge - Fearful Father - Heat Technician | Mechanical KLG IRREGULARS A former Patriot who was pressed into the service of the KLG Irregulars, Afterburn is doing anything he can to protect his young daughter from Kurtz’s malicious hand. Armed with a Heatwave Arm Cannon, Afterburn applies consistent damage to enemies, forcing …

savages spray and pray targets invisible enemies… holy shit that’s awesome, mandrake use to save everyone but not anymore!!! i just put a 3rd stripe on him too

Rare unnamed skin’s are for Halo and Savage

Use Plat Moss and Plat Caine to boost Nightingale’s shots, which is still deadly in my opinion

Night buffs herself 2/3 of the time with her Silver, so its way worse. 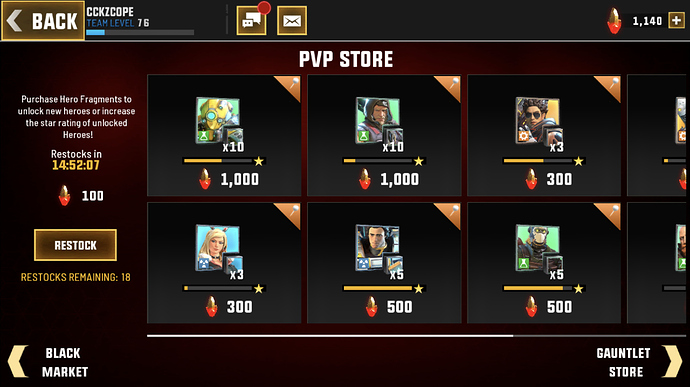 Does anyone’s else still see Pris in PvP? I’ve already updated the game. Not sure what’s going on🤷🏽‍♂️…

So we can get her just from crates or she will be availabe on City Hall?

Kobold will definitely be a coop raid hero. Almost always, she will appear in coop on the last day of the previous hero’s coop (Anvil).

So all shields she give does damage; reflecting incoming damage and deals damage when depleted.
Does this count as Kobolds damage in the post-game statistics, or damage dealt by the individual hero whose shield did the damage?

I have also noticed a price change in gauntlet store.

Actually after I purchased the x5 stars for 1000 gems (which I still think is a good price) and restocked the store I got the 700 gem price again.

I agree that the price is still better than using stamina to farm ;-).

I just wanted to share that i noticed a price change.

From what i see, now every

to me it makes sense that all gold item should be the same price even if i’m not all that happy about a price raise.