Hard to say. Seeing as we got 2 updates last month, they may be changing the format.

Look at the blacked out silhouette next to Surge. I’d say that’s pretty spot on. 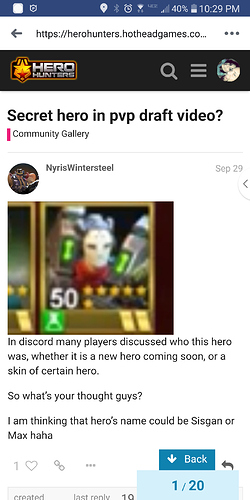 Word on the VIP chat also says that a developer announced that “next hero is going to be bio”.

There’s ur proof up there man
Around this month, this secret bio hero is release
Its been a while they released 5 starred heroes

Yeah, Oracle is the latest 5*.

Where did you find he or she is going to be five star?

Yup this is the guy i was referring to in my earlier post. Definitely seems like the right silhouette. Gotta start saving more bio frags. Only got about 250, but more is better

Its a skin its maybe ghoul skin or ifrit i expected they should have a good name for it comming out in i think November 27 or maybe im wrong and plus the.Klg
calendar show us a shadow of the new hero so i think why thats is not the new hero but a skin cause it is shape differently

A 3th ghoul skins seems a bit to much.

So I guess it’s a.bio

I agree if they make a another ghoul skin it bit much but thats what i see in the picture someone shown. Like it looks kinda like ghol to me also i think its also biochem and or maybe ifrit

For the skin is for those my 2 guess

I think it’s safe to say that the next faction to be featured is KLG Black Ops / Irregulars. Why else would this be a compiled KLG month when so far we only seen KLG events? This also makes me think the new hero is a Irregular.

I could see that. Kinda weird that the pvp tourney is coupled with Surge, but they have done stuff like that before. Maybe its a support bio whose plays similarly, but is a KLG.

Either that or the bounties/events this month will use more than just the Lawgivers and extend into other KLG subfactions.

Side note - anyone notice how Scum has a different skin on the main loading screen than actual in game? The loading screen one looks like its a rare or epic skin while he only has a common one now. HH likes to give us hints so we can all speculate

Oh, no I haven’t noticed the Scum thing which is odd because I love scum! Do you have a screenshot? I have no access to the phone for a while. 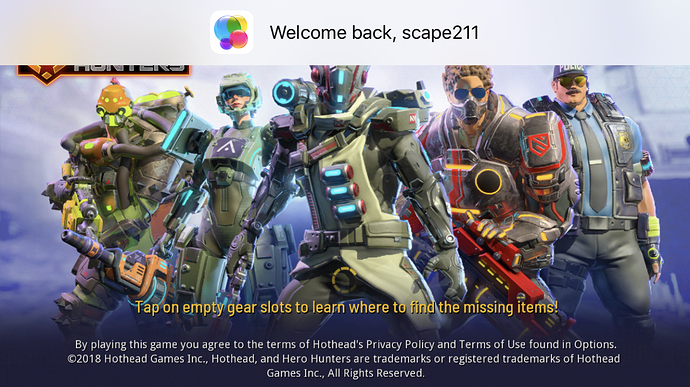 Dont mind my game center banner. I tried to get this to load where it disappeared multiple times, but it loads too fast to not get it in the shot

You can clearly see scum looks different though. Most notably the mask

It must be a rare skin I also missed haha, spot on!

Scum is a girl. Under that suit - tadaa - Cinder!