No Way To Beat Ruby?

It seems sand bagging with a ruby hero is the new way to go. In the latest tournament I have faced over 100 teams. Of those, I only lost to 4 that did not have any ruby players. The other 10 losses were all to teams with ruby players on their team.

In fact I usually lose a hero in under 3 seconds to a ruby Serial or Lancer. My entire team is usually dead within 10 seconds. Ruby Serial and Lancer are able to easily put out over 100k DPS. To put that in perspective, even a Siren getting her full song off, against a team of all bio heroes usually only gets up to the 70-80k DPS range. That’s with AOE hitting every enemy on the field. Lancer and Serial have no where near the same AOE yet easily do 30k+ more DPS.

When is this going to be addressed? Easiest fix right now would be to make Ruby players only face other ruby teams. All but 2 of the current top 25 teams on the leaderboards are ruby players

If it seems easy, obvious, or simple…

…‘it’s not. There’s a reason for everything being the way it is!’

Did I do that right?

I think having ruby’s going against ruby’s seems fair, but that would make matchmaking waaaay longer and maybe even impossible so thats not a good idea, i think it should stay as it is, and sadly i have to say, if you lose you lose you can’t always win

I think this is something we have to deal with until we all have Ruby’s, so keep grinding

I think having ruby’s going against ruby’s seems fair, but that would make matchmaking waaaay longer and maybe even impossible

Yes, that is the only downside I can think of. However, it would just make players not use ruby heroes as much until there are more players with them. I think that would be a better alternative than the Play2Win we have now. If you have a ruby hero and face someone without, you are all but guaranteed a win (note this only applies to certain Ruby heroes who have Doing Damage).

Ideally we wouldn’t have gotten ruby until 100, and platinum 6 bar at level 95 to at least help not be such a big jump in power at 95. Also, some ruby heroes aren’t really problems, like 4-Cep since he got Supported instead of Doing Damage. His ruby version barely does more damage than his platinum. The heroes that DID get Doing Damage are absolute beast right now, it’s a huge damage increase. I would say it was even a bigger difference than going gold to platinum since it’s two ranks instead of 1, and a lot of platinum abilities aren’t that great. However, 1/3 the heroes received Doing Damage so it’s a huge power increase for them. 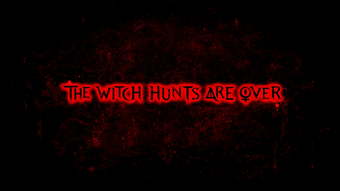 we have no choice but to play like that, 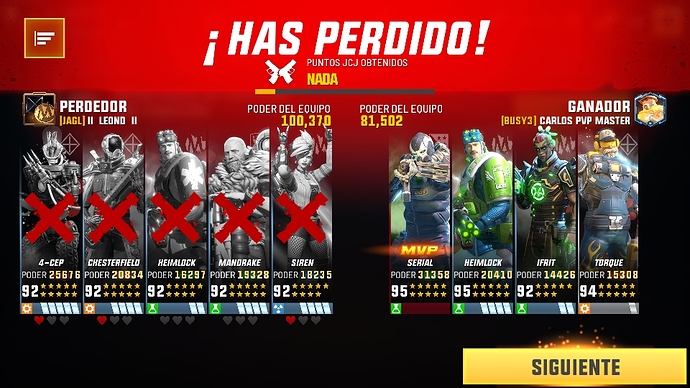 Rubí 4cep is not that strong.

Anyone else remember the ronin sandbagger, panzer, mauler/halo combo? This too will come to pass once more people get to 95. In the meantime, those that did get to 95 early should reap some reward as it required skills and resource.

I agreed your word. But the basis of PVP is fair. It is totally wrong to create unbalanced match.

I am always waiting for HH’s convincing reply about everything unbalanced match in PVP. But i am disappointed. For experienced players, it become more and more unfair in PVP. I convinced myself is others paid more in this game and they have right to enjoy it. It is luck I did not pay much.

Can anyone tell why everbody love lancer n purifier?? Plz

That is fair to be honest, he even has less more power, if you took out the supports which would take just 3 seconds you might have won

Ruby sandbagging and short teams is going to happen. The penalties at this threshold of level 95 certainly don’t do enough to counteract the huge damage bonus doing damage can give. But this tactic is doable at all levels (plat with gold, 10* golds and silvers, 10* plats kept at level 50 to fight 8* golds and silvers, etc etc). Eventually it will flesh out as we all approach 100 and have more ruby teams but even then there will be those than purposefully play with stars, levels, skill levels, what ever else, to dupe the system. I’m brought to a saying I’ve heard before because of this, “don’t hate the player, hate the game”. As much as I love this game, it’s the only one I’ve ever played in which you can be more successful by NOT increasing your power or NOT leveling up. It’s counterintuitive, but the game allows it. Best thing I can say also another saying, “if you can’t beat em, join em”.

Not exactly how that works lol… if I go for support heroes Serial kills me in seconds. If I go for Serial he just gets invulnerability then healed.