I have another suggestion. First things first. This is not an Extra Game idea… This is somehow a new PVP. This is a Multiplayer PVP.

Here’s how it goes.

You need to pick 3 heroes first. But put this in mind that this is not an ordinary PVP like the current PVP. This is a Tag Team PVP where you will be using one hero, and you can switch another hero from your chosen 3-hero team. In short, one hero at a time. 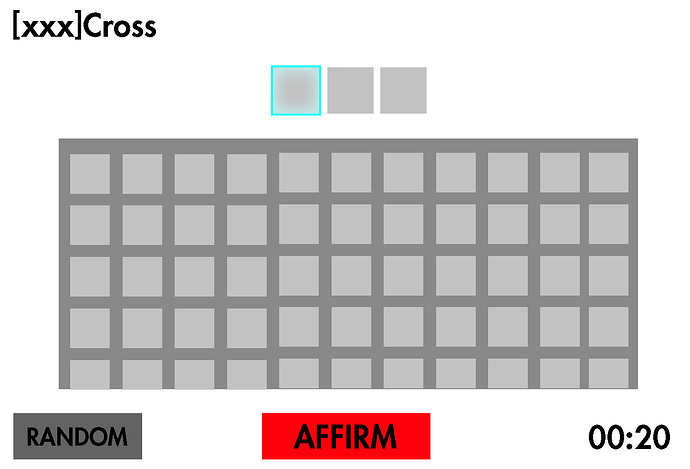 After you have chosen three heroes, you will then be matched by 4 players. Each player has their own chosen hero of course and also you will see what color does each player has. 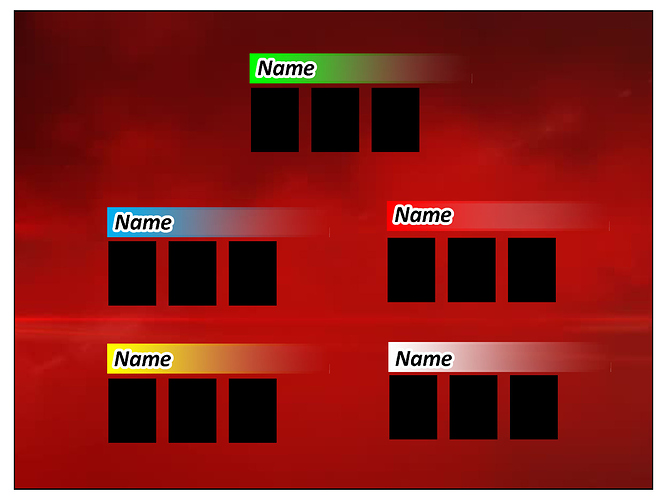 Once the game starts, you will be brought to a circular-shaped battlefield. 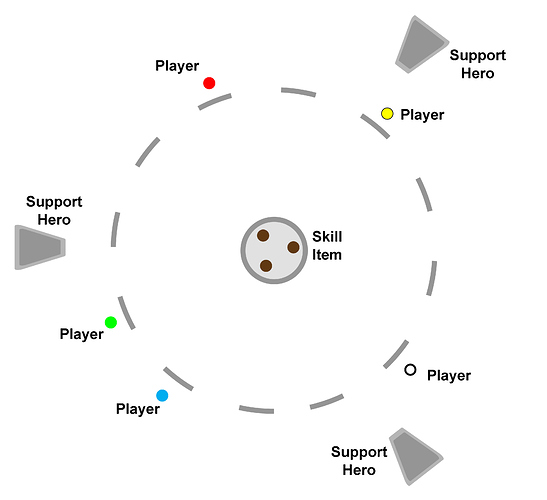 The colored dots are the players. The 3 triangular-shaped at the back are for the supporters. The small circle with 3 dots in center is for the Item Skill.

Before explaning the map. Let me show you the screen on your phone first. 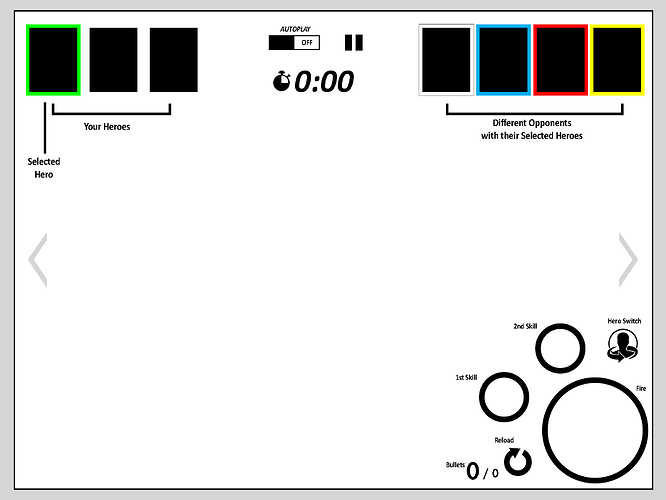 On your screen, there will be some changes. There will be new button added named as “Switch Hero” located beside the 2nd skill and above the Fire/Shoot button.

Above the screen, you will see your heroes on left side, while the opponents’ currently selected hero is on the right side with their designated colors.

Now about the battle field.

There are 3 areas in the battlefield: 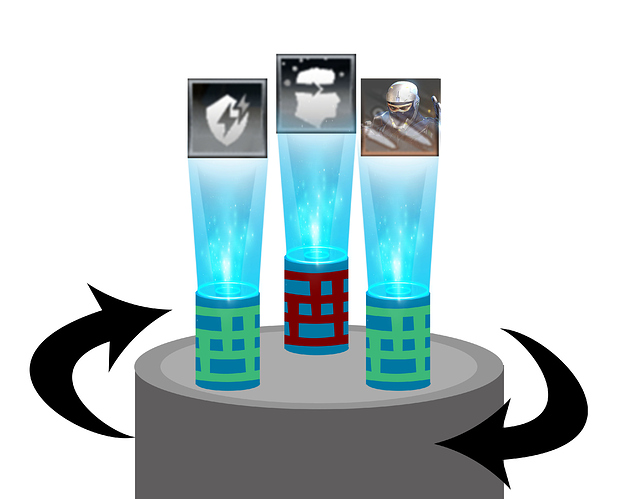 The one with a green mark, which will help you as your advantage, while the one with red mark is a the opposite of how the green works, instead of using the skill as advantage to you, it becomes you disadvantage. (e.g. you shoot the red mark with the skill of Hideos’ EXO Leap, Hideo will use that skill on you, but if it is green, he will jump one of the enemies)
Other skills sample below. 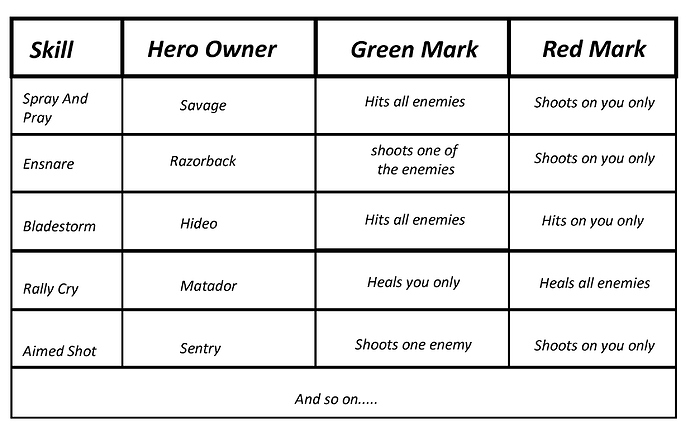 The last one to remain standing wins.

What do you think guys? Is my grammar correct? Any corrections will do. Thank you.

Edit 1:
note: The support heroes are bot and it will automatically use their skill after called.

Thanks: @Crank for the additional info