I would like to suggest this kind of concept. This is a kind of PVP where the most kill has the advantage or the best strategist wins. And as the title stated, “Coop PVP”, yes, its like a Coop but battling with another coop teams.

Details:
Battle together with your friend or from your alliance striving to be the best player.
Both teams consist of three players with 2 heroes each.

This is the process of the gameplay.

Pre-Battle:
The game loads as you were being chosen an ally team and an opponent team.
As the matching process finished, you will be brought to drafting area, choosing heroes to battle. Repetition of heroes is not allowed for each team. There is also a area for chatting to ask your team what hero they can choose or communicate about the strategy. Once both team has chosen 6 heroes, and hit “Affirm”, Then the battle will start, or if the time runs out, auto select hero. Same goes to the other team. 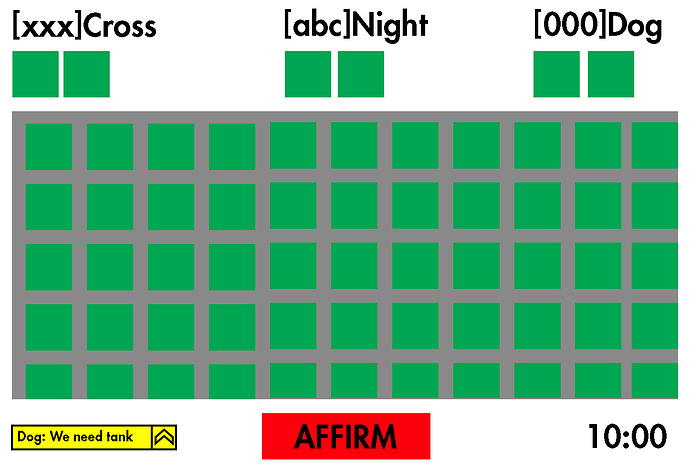 With given time of, for instance 05:00 Once the battle started, their heroes are placed accordingly to where they belong.The battlefield is same as PVP but both teams were seperated by a big undestructive wall. All heroes started as green grade, thus, no active or passive skills yet. Your need to kill bots, as many as you can, in order to level up or grade up to bronze, into gold, and into plat. 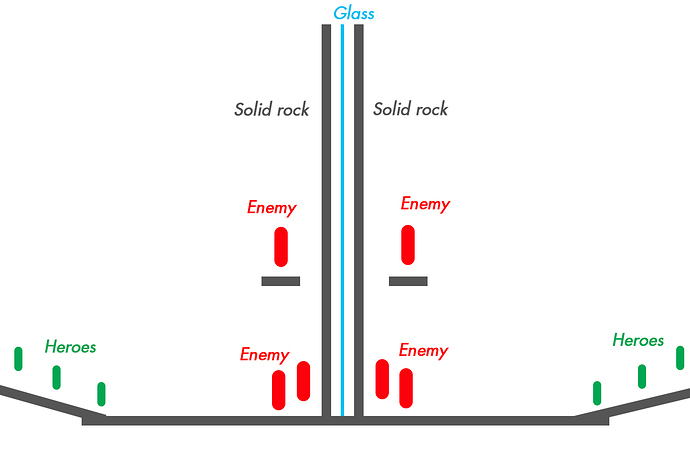 coop pvp battlefield.jpg1446×984 119 KB
Once the time runs out, the big undestructive wall, that separates both team, will rise. Once the wall reaches 50% opening, the battle between two teams will now start.
Btw, there is a glass/LED Tv inside the undestructive wall, same as on the PVP. 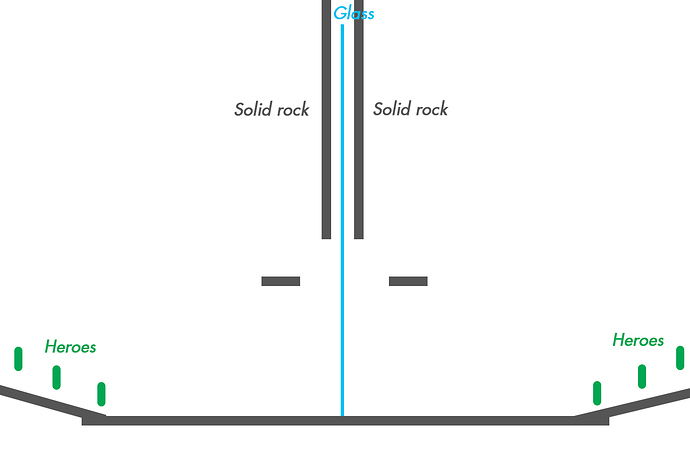 Post-Battle:
The team that remains standing will win. All members will be given the same points as to no conflict of reasoning, high dps heroes becoming MVP, or any other reasons.

What do you think guys? Sorry for the wrong grammars. Just dont know to contruct. ehheehhe

i hope you understand guys.

5 minutes plus the pvp battles is a little long. Otherwise you have my vote

I like the idea of everyone starting off at the same grade, then working your way up based on how many bots you take out before the actual match starts.

The only thing I guess I am not really sure of, is the glass in the middle of the battlefield. I dont understand the purpose of that.
Otherwise it is a cool mode idea!

I’ve been talking about coop PvP for awhile. I’d honestly love to see it. You could even keep the same PvP setup and just add a coop version. I’m assuming it’d be easier to use the same maps currently used in PvP and the same team format used in coop. Banning duplicate hero’s on the same team is a great idea too. It would bring in a new dynamic to the game and I think people would really enjoy it.

It would be extremely fun.

@Bootboy1488, the time limit is just a sample. I’m not really good at estimating the time length, but any suggestion is always accepted and appreciated.

Thanks @LordNikon, the glass in the middle is just a some view hindrance on the opposite team, but somehow it will break. I see this kind of idea from the PVP map “Airport” (the monitor in between), also its also like guessing who you will attack first, since you cant completely see his whole team set up. ^_^.

@Nemesis91888, yeah, so that no one will use, for instance 3 mandrakes and 3 flatlines,

@Bootboy1488, it would be really fun, playing other players fighting other team of players.