2 brand heroes will be released with our February Update which is coming soon!

Take a guess at what you think their abilities are! Stay tuned for more information. 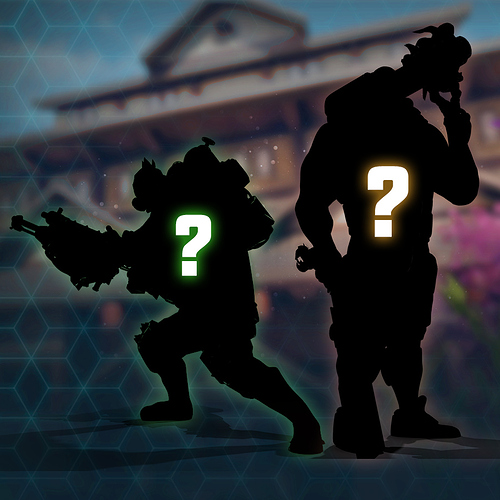 and @Pipboy3000 cool, I was wondering what exactly that was on the Right Guy’s soldier… now that you mention Dragon Bazooka, I can definitely see it now

The Left guy seems to have some sort of Tank with what looks like a Valve on his back? maybe he’s got some chemical/liquid/fire based abilities? I can’t quite make out what exactly his crazy looking gun thing could be… The

hype is real tho! they’ve come out with some cool and unique feeling heroes recently, so looking to see what’s next.

Question can you tell us how we would be able to obtain these Heroes when they come out?

Thank you very much

Left guy has gazmask and a tanl on his back, possible flamethrower or something in that idea, name:inferno lol

I hope they’re in special offers, I would like to spend my gold on someone different

is the game out? or just the beta? sorry i’m new

Yes, we are out globally on iOS and Android Stores!

thanks! got it, but in pvp when i start to battle it freezes on me, is there anyway to fix it?

The guy on the right is half clown half mech

Just FYI, we released these Heroes in February. They are Scum and Yanlong.

Head over to their Spotlights for more information

I saw this pop up, I thought that left one was looking like scum, and didn’t think about the right one when I noticed this was old

@Kraterios had me scratching my head for a min too lol I was like I swear thats scum, then I seen your post and realized it was an old topic.