“You couldn’t escape me. I am everywhere. Try and you will fail. Miserably. I stalk prey at night, killing at the most unexpected time. I kill without mercy or sympathetic. Lunatic, some would call. The darkness is my friend. It fuels me with adrenaline when I kill. Watch out, I am coming for you.” 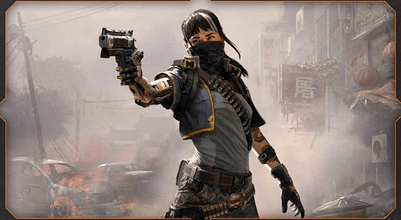 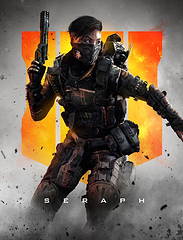 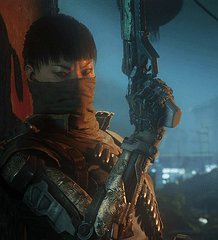 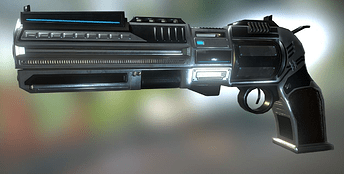 A lone soul since youth, Sephora has wandered around the world for 2 decades, learning survival tips and fighting skills in different places in the world. After the long years, she stumbled across the Patriots base in the middle of nowhere. She asked for refuge and of course, she was accepted. There was she stayed and learned various skills in combat hand to hand and precisely aiming a gun all thanks to her mentor, Xebel.

The next decade, Arne, or known as Arduin, was brought to the Patriots base. Sephora, or her new name, Seraph, brought the dying soldier in and helped the wounded warrior. After hours and hours of healing, Arne was fully healed up. Seraph took care of Arne for a long while, and not long after, Arne was conscious again. There Arne stayed and trained with Seraph. She had a liking towards to Arne, or now known as Arduin, and starting to develop something towards him. She loved Arduin, and he knows it. Not long after, mission by mission, they fought side by side, never losing sight of each other for another 5 years.

Sadly, Seraph had to leave the Patriots and a heartbroken Arduin behind to go full-time undercover as a soldier in the KLG. She stayed there and hijacked every single plan the KLG has and she reported back to the Patriots to be on the lookout. Seraph had been doing this for another 2 years before learning about the plan to join forces with People’s Guard. She was surprised to see the name Arne Redblood on the list of the People’s Guard. After trying to contact Arduin, she and he are now undercover to exploit and assassinate Kurtz to end this fight.

Things Seraph learned in her journeys:

Description; A devastating assassinator. Channels power through the amount of health and deals constant damage to the weakest target.

Uniqueness: Has faster movement speed than the rest of the roster.

Bronze - Remnant Damage - Leaps upon a targeted enemy to deal x damage and cause Disorientation and 15% damage decrease for 4 seconds. For every following Remnant Damage on that same enemy, the damage is increased by x, and +5% additional damage decrease is done. The stacking effect is lost once the enemy hero has died.

Silver - Black Soul - Envelop in shrouds, Seraph channels 25% of current health to damage. Any enemies damaged by Remnant Damage will heal this hero xx health and reduce the charge meter for both active skills by 25%. This effect lasts for 3 shots.

Gold - Shadow Sneak - Seraph teleports to the next cover, healing the new cover to max health. This ability can only be activated again after 15 seconds. Teleporting around reduces 10% of Shadowstrike and deal an additional xx damage for 2 seconds.

Platinum - Respect- If Arduin or Xebel (future concept) is present, heal 25% of their health and boost their armor by xx when Seraph uses an ability.

The adjustments look good! I do think the Plat skills can be reduced to healing 12% hand the active skill recharge to 10%, plus the plat still can’t be upgraded. Usually, a good plat boosts damage or armor allowing them to make synergy with other heroes. Other than that, good work.