A shaolin warrior of incredible strength, able to draw upon himself the fire of the enemy’s offensive Skills.

Bronze: Steel Chestplates - prepares to receive damage by increasing the strength of its armor

Silver: Meditation - obtains a shield and draws on itself 65% of the damage of the enemy’s offensive abilities.

Appearance: he’s a man in his mid-30s, his physique is very thin but well-trained, he’s bald and wears a bandana on his eyes, he wears an orange shaolin tunic with a bare left shoulder, white pants, black shoes and a series of bracelets and necklaces that I don’t remember their name. 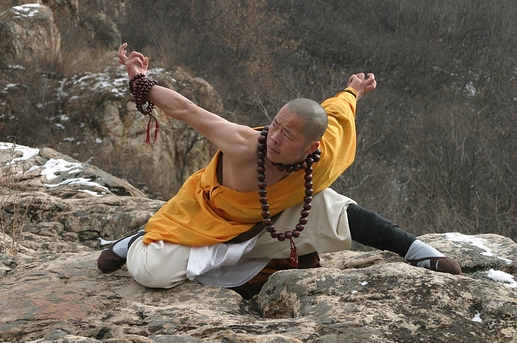 He is armed with a prototype of a Qiang (a Chinese spear) that channels the possessor’s Ki to fire energetic bullets.
High rate of fire (3 shots x 12 shots), low damage, fast reload 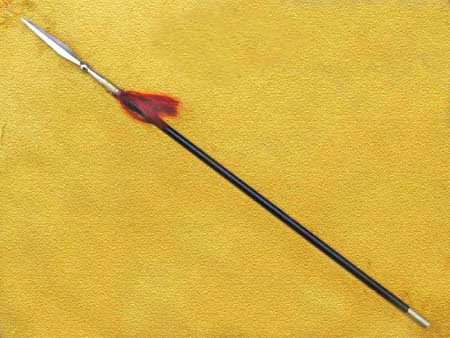 the iron blade is replaced by a quantum one coloured with a bright electric blue, the handle all-black covered with blue lines.

a bit of Backstory:
He and Yanglong were dojo buddies.
They were an unstoppable couple, between challenges and fights no one surpassed them.
Then Kurtz arrived and threatened to kill everyone and destroy the dojo if they didn’t join him.
Kutz gave 3 hours to decide what to do, in those hours all the students and teachers had a great meeting to decide what to do, but they remained in stalemate because one half of which Yanglong wanted to join Kurtz and the other half with Xiuye wanted to stay.
A huge quarrel broke out until the situation degenerated and ended with a violent fight to the death.
So the two former friends found themselves fighting each other but this time one of them would have taken the other’s life.
followed a long fight between the two without saving blows.
The dojo was now destroyed and unfortunately Xiuye lost both the fight and the sight remaining blind, for friendship Yanglong did not finish it but gave him his bandana as a reminder that one day they would meet again and would fight again.
After years of wandering he first joined the Rangers (he considered them too violent) then the People’s Guard (who among all the members is the only one who really cares about the health of people).