Engineer: “F.R.A.N.K .7” aka Sloth.
We created it as something fast, a bite and run attack, light support…
the problem arose when we realized that we had added too many weapons and 4 legs were not enough to make it go faster.
We’d have to redesign it all but… it’s more effective in the end.

Assault Artilleryman - Tank - Heavy Support - Living Dead
Cybernetically and genetically enhanced humanoid.
This big guy can sustain and cause an enormous amount of damage and exterminate an entire regiment if left alone.

Bronze: Missile Barrier - the hero erects a holographic barrier in front of him following the direction of the viewfinder.
The barrier will mark all enemies that will cause damage to it and when it is destroyed, the hero will fire search missiles at all marked enemies.

Silver: Reign Of Fire - the hero activates the double flamethrowers by firing tongues of fire that will ignite both the enemy and his current position.

Gold: Passive Artillery - every time the hero takes a critical hit, he will automatically fire a burst of 5 rockets into the sky that will hit random areas in the enemy camp.

Platinum: It’s A Quick Death - when the hero is under the influence of a passive medical skill, all the cure will immediately be converted into weapons and skill damage. 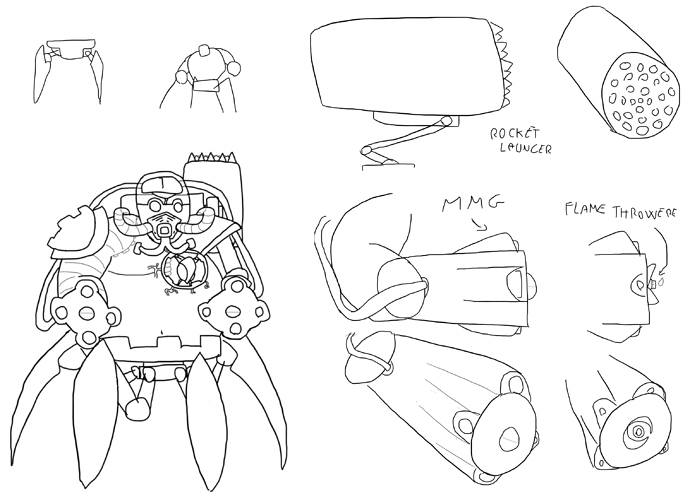 His Weapons: “Hunger and Thirst” are a couple of non-spinning automatic cannons.
the central mouth is that of the Flamethrower.
they have a medium rate of fire, medium damage and an average amount of bullets.
They have only one peculiarity, compared to other weapons automatic fire reduces the spread of bullets.

That is, they start with a spread level similar to Klayton and end with one equal to Matador.

Sorry no song this time
All my heroes I design them on notebooks and on the phone but this is the first and only one without design behind.
Pure fantasy and I don’t even know how it’s supposed to work.
And what’s more, I’ve created a new faction that’s not in design either.
In a nutshell, I’ve complicated my life and I didn’t even realize it.

Honestly, I’ve never played LoL in my life and I didn’t even know there was a character like him.
I was more inspired by DOOM and Warhammer.

Reminds me of Azmodan, Lord of Sin.

So he shoots a lot of missiles?

SPIDER MANCUBUS! a it’s so glorious. 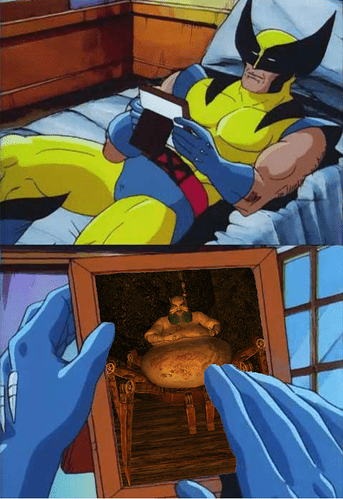 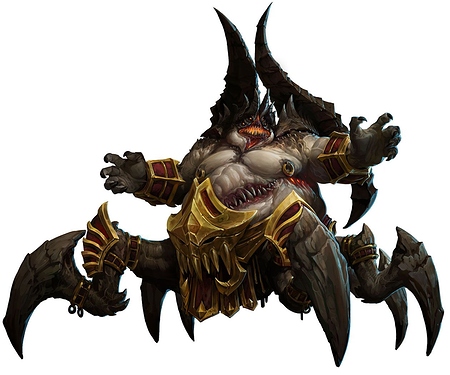 could say the evil Watermoose from Monsters Inc