Heavy Hitter - Walking Fumarole - Murderer - hide-and-seek in smoke - Primary Glass Cannon
Former soldier specializing in quick and deadly attacks.
his best friend is smoke and he uses it both to ambush and to ensure an easy escape.

Bronze: Smoke Field - throw several smoke grenades into the field generating a thick smoke that will prevent both enemies and allies from seeing each other and significantly reduce their accuracy.

Gold: Infrared Scope - the weapon’s scope detects enemy weaknesses by marking them with red circles.
In areas of the body covered by red circles, the damage is tripled.

Platinum: Good View - when the hero points at an enemy while [smoke field] is active, he will be marked in red allowing the allies to see him.

Appearance: is a man in his 40s.
He wears an all-black infiltration suit, a gas mask and a combat set with several grenades, he also has a multi-purpose belt. 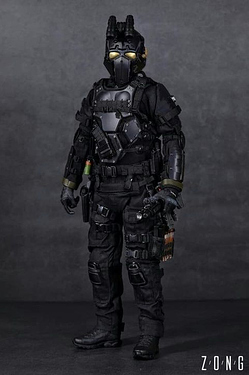 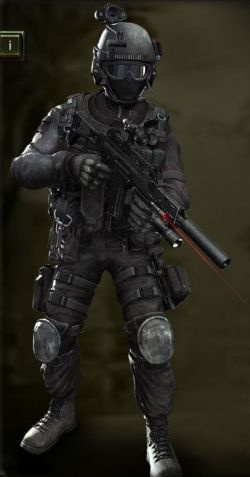 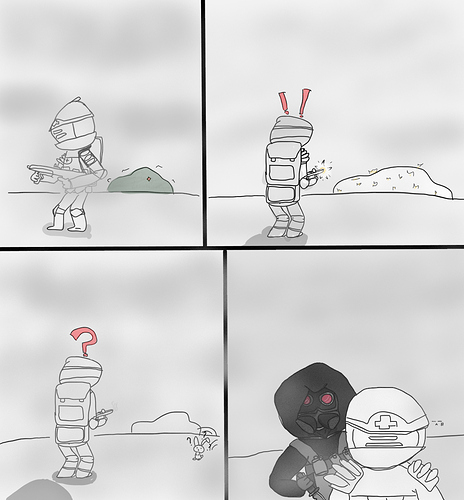 His Weapons:
Primary weapon - the S3SRR is a silenced machine gun, has a fairly high rate and a fast reload but damage and accuracy are low. 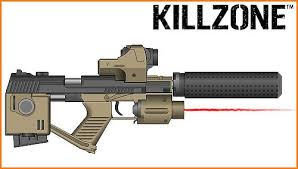 Secondary weapon - the 50. BMG is a very powerful and accurate sniper rifle but it has only 1 bullets and skill reload times are very long.

[a92eeb0dd778e7b5da84ceab1bc6c1884fb69147_2_690x84] One of the best parts of our job as developers is seeing all of the wonderful concepts and creations that our work inspires. Members of the Hero Hunters community have done a great job showing their support by coming up with their own Hero concepts and posting them in our Community Gallery. However, you need to make sure that any art and images you post are correctly credited and sourced. A lot of the concepts we see, while original, feature …

Links are in the other notes section

I see now. I would prefer, in the future, if we followed the instructions in the original post and have those credits as close to the art as possible. Hiding them in a collapsible menu doesn’t really fit the spirit of the system.