Striking from nowhere
Killing with accuracy
This is who I am.
A silent killer, a dark shadow and a dangerous mercenary.
He doesn’t care who the target is, he will eliminate it without too many problems

Bronze: SawStar - throws a circular saw that works like a boomerang towards the target causing damage to the outward and return.

Silver: Behind You - moves behind the target and hits him treacherously causing huge damage and block healing for 3 seconds

Gold: Ricochet - When ‘SawStar’ hits the enemy, it can bounce on another enemy.

Platinum: Shadow Clone - Before dying, the hero throws a smoke at his feet creating an identical clone while the hero becomes invisible and recovers health.

Appearance: He is a tall and thin guy with many robotic changes both to replace lost limbs and to improve himself.
You can say he’s more of a robot than a human at this point.
It all dresses in black, mask and hood are decorated with red lines. 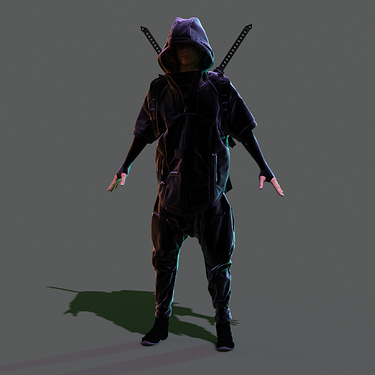 His Weapon: The Stalker is a small machine gun with an exaggeratedly high rate of fire, high damage, very accurate and a fast reload, but has little ammunition 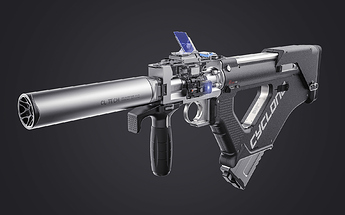 The saw will continue to hit the enemy until it loses speed or the enemy moves.

How would this work with Ricochet? Which enemy would it keep hitting?

Sawstar basically works like Astrix’s boomerang, except that instead of disappearing when the target is missing, the saw goes around the field and hits the target aimed, the return shot chases the enemy only if it doesn’t hit him on the way out, then if it misses again the target just disappears.
Ricochet increases the chance of hitting multiple targets at a time before disappearing and only works if you hit the target on the way out.
then rightly if you like the hero and you want to put it, you decide how the skill works

I also did the drawing of how in theory it should work, no wonder if you do not understand it, i’ve done it in a hurry and with a headache. 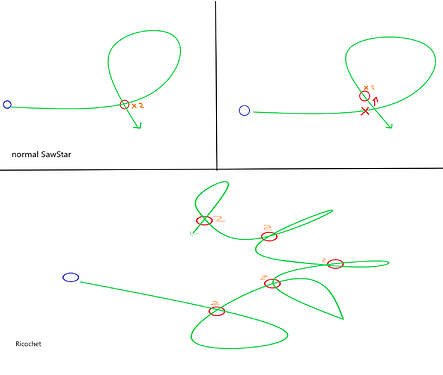