“Our enemies use their guns, grenades, and bows to harm us. But what they mean for harm, I use for our victory. That’s where I make my mark. So throw yourselves against our mountain; watching you fail will be my joy.” 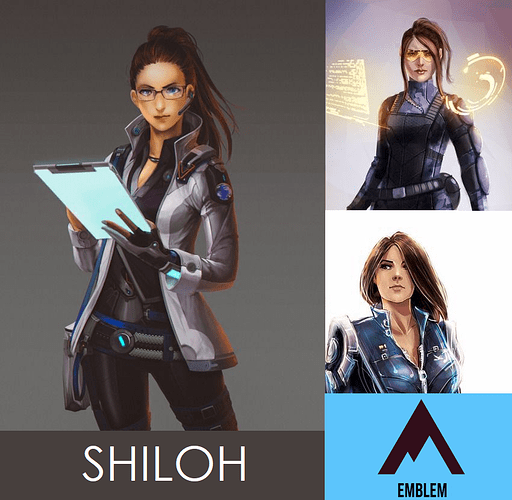 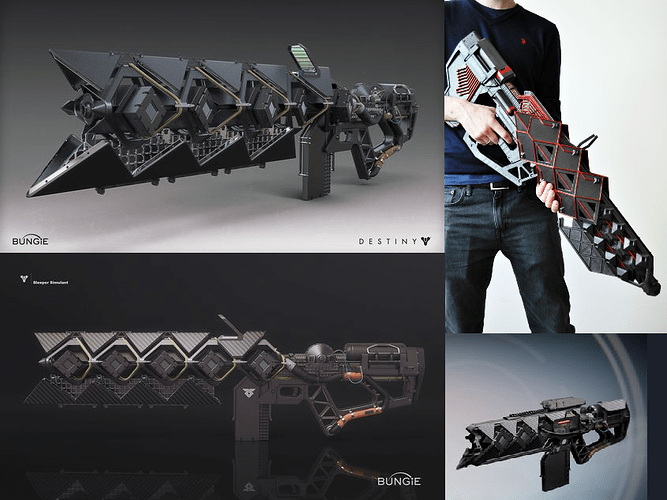 The daughter of a prominent KLG software programmer, Danielle “Shiloh” Shaw was known for her technical brilliance and dedication. Amazed by the grand posture of Kurtz and her father’s enthusiasm, Shiloh grew in her knowledge of technological shielding under Kurtz. This culminated in her being one of the key developers of Vanguard’s shielding tech.

At 24, she became a support specialist mercenary (in reality a spy), assisting with missions that had tactical advantages for Kurtz. However, this drew a gray line in her faction loyalty, and Kurtz slowly grew suspicious of Shiloh’s intentions.

Facing increasing pressure and danger, Shiloh presently faces a choice to go rogue, or to be “collared” by the KLG. Armed with her Quantum Distortion Rifle, two things will remain true for this fighter:
(1 She will protect those she works with.
(2 No one will control her.

Bronze - Distortion Field - Shoots a blast of energy that causes enemy team-wide disorientation for 3 seconds. At the end of the duration, 75% of any remaining damage received is directed back onto a targeted enemy, up to x damage.

Silver - Equilibrium - Firing reality-altering shields, all incoming damage is equally distributed between all surviving allies for 8 seconds. During the duration of the ability, each surviving ally recieves x health per second and x armor.

Gold - Sealed Fate - Any enemy with 15% of health or less cannot be shielded, and must regain health before they can receive shields. Additionally, these enemy heroes take x per second damage while Sealed Fate still applies.

I wanted a hero who didn’t fit the image of a mercenary (like Cross or Chesterfield), but fit the role of one. If Shiloh functioned like a hired technical support, it would fit that role pretty well.

Thanks for the feedback guys! I would love to see an addition to KLG or the Rangers sometime soon.

I like the idea very much
Using Flatline’s gold but using a different approach with it by dividing by 5 is a great alternative
Tho I don’t understand the gold ability. Does it mean that if no enemy is attacking an ally, the ally will still receive damage from the enemy?

Normally I don’t comment on hero concept posts since they don’t really interest me, but I like the creativity of the skills you’ve come up with.

The silver and gold especially are cool concepts, and the platinum is interesting enough to work into some good strategies while not being overpowered like a lot of the plat ideas I see on the forums.

The bronze however would be ridiculously strong. Even if you removed the damage reflection, a team-wide disorient would be an instant game-over. You’d have an unbeatable team with [new hero], Mauler, Halo, Ifrit, and Flatline. Ifrit and the new hero both cause team-wide disorient, while mauler and halo’s plats combine into a near-constant bio/energy lightning storm, immediately wiping the other team. Not to mention the synergy between flat’s gold and the new hero’s silver, preventing any actual deaths and then the obvious flat/ifrit combo ensuring nobody stays dead.

Overall I think there’s some really cool ideas here, but the bronze would definitely need a bit of work to keep it reasonably balanced

Very cool concept in my opinion!

@HecklerP The Gold ability would function similarly to Maven’s Miasma, it would be a very small damage per second, even at platinum. This means that if the hero is left unhealed, he/she will die, hence requiring attention from healers specifically, and not a last second shield.

@Papa_Marsh In hindsight, the bronze is probably OP (oops

). It may or may not change much, but I reduced the time to 3 seconds. In addition, the bronze can also take longer to charge than the silver.

(EDIT: I also bumped the silver duration down to 8 seconds. Any time between 7-10, if reasonable, would be great!)

(EDIT 2: Since Flatline’s Plat would be a pain to work through with Shiloh’s current silver, I’ve decided to remove the ability to prevent a hero from dying. If they take lethal damage, they are dead.

That’s a great change in my opinion; and the longer charge time will help a lot to keep her balanced!

I really like her backstory and her gold passive skill, especially.

I’ve found myself focusing hard on a target and with just one more bullet left to kill them, after emptying clip after clip and spending all that time and effort to bring them to the brink of death, they gain a 100k+ shield that saves their ass, and all that effort was lost.

Her silver active skill I feel is a bit flawed and here’s an example of why:

Lets say its 3v3 (2 heroes are dead on each team). The team with Shiloh has a Mandrake with only 30k hp remaining and he goes invisible to hide from being targeted. The team without Shiloh has a Dogface with a fully loaded extended magazine with heavy caliber bullets that deal 30k per shot. While Shiloh’s silver is active, instead of searching for a hard-to-target invisible Mandrake, all Dogface would have to do is shoot Shiloh 3 times, and Mandrake would be dead since he would take damage from Shiloh being hit.
To sum it up, I think in more cases than not, her silver skill would be more detrimental to her own team than the opponent’s.

Here’s a suggestion for her silver that I think would be more beneficial:

Silver - Counter Balance - All allies receive 50% less damage over the next 4 seconds. After the 4 seconds, all allies gain a shield equal to the same amount of damage they received while Counter Balance was active. Shields last for 10 seconds, or until depleted.

Overall, great idea.
The Mercenaries could use a hero like her, lol!

+1 for the Sleeper Stimulant.

Thanks for the input! What I was thinking with Equilibrium was a means to prevent individual heroes (especially vital clutch ones) from getting taken out through concentrated fire. At the same time, it would serve to help each member of the team “share the load” and to “go down together”, offering a totally different approach to team load-outs.

You are right in that the skill becomes less effective with less players, not to mention it does goes against the idea of individual heroes going invisible to heal. Perhaps with each downed ally, damage resistance can go up by 20% while the skill is active or something like that. 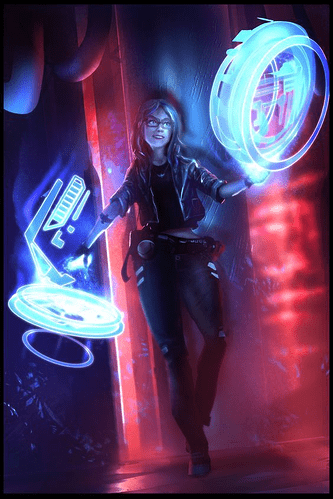 Last update for this, sorry.

Added the icons for Shiloh’s skills (can’t edit the doc, so they’re here):

Welp, time for Muninn to shut the gates for this post

Daggum it.
Maybe since it’s a Community Gallery post it can stay up who knows, haha.

Love the skills, design and idea’s. Will always remember it

No, that fact that this topic was brought back up after 1 year since the last comment.

It is a shame though that this topic has to be closed now because of it. This was and is a great hero concept!

Come to my posts then.
At least they get some visuals

I love all of your concepts brother. Very interesting.