Bronze: A.S.T - places a small turret that shoots enemies in 3-shot bursts.
The turret can be upgraded 2 more times for more firepower.
The 2’ upgrade adds a second barrel
the 3’ update adds a grenade launcher that fires after each burst.

Silver: Builder - repairs and strengthens its coverage which can be improved 2 times high.
at 1’ the cover is completely repaired and strengthened.
at 2’ the cover gets an upgrade that bounces 30% of enemy bullets.

Gold: Construction Site - when the hero activates [A.S.T] or [Builder], the skill reload time is reduced.

Platinum: Master Builder - the hero constantly repairs his own structures consuming his health or shield.
in addition reduces the time it takes to recharge the skills of other engineers/builders in the team.

Appearance: he’s a man over 50, he looks big and clumsy but he’s still “athletic”.
He has a thick brown beard with two white stripes, a bionic eye, right arm and robotic legs.
He wears a classic overalls, plus metal plates used as armor, iron-tipped boots and a work backpack. 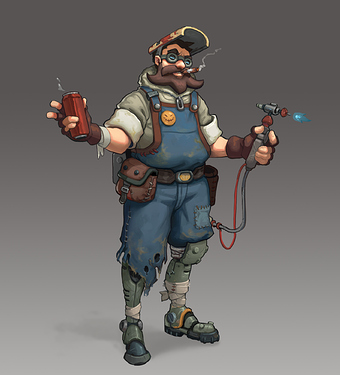 His Weapon: “Homework” is a small shotgun that fires two big roses of bullets at a time. 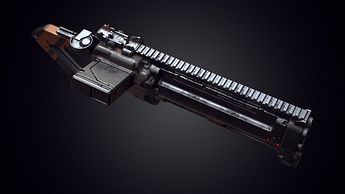 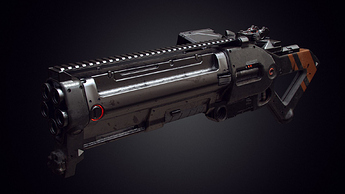 A mix of Shivs and Lancer but without bursts.

I think more turrets in the game would be awesome! Castellan is an engineer but I would love for more engineers in the game

Agreed, I like the idea of another hero that has a turret. I actually am working on a hero concept that utilizes a turret, so ya beat me to the punch, lol.

I really like the idea of his turrets gaining different abilities when he uses the ability more.