Tech: we didn’t have time to give him a voice, so we equipped him with an mp3 with over 500 songs and a speaker.
Basically he talks by dividing each song word by word to create a sentence.
Sometimes it’s terrifying.

Immolatium
shoots a fireball that leaves a trail of fire behind.
The sphere explodes on impact on any surface creating a small area of fire.
The burnt area and fire trail will continue to burn for 20sec causing

damage to anyone inside.

Fire Vortex
Generates a fire vortex on the enemy field that will move right to left and vice versa for 15sec.
Any overwelmed enemy will suffer constant

damage and remain on fire taking contstant damage for 20sec.
If a vortex is already present, further use of [Fire Vortex] will increase its level boosting power and duration, but increments the charging time by 10%.

Broken Pipes
Time to time while taking damage, the hero might set himself on fire, damaging himself and the enemy who shot him.
Hero and enemy will suffer

damage that will increase over time for 3sec.

damage to everyone present for 60sec.

Ruby: Striker
What is a tank without its cannon and its armor?
This hero gets X

damage and increases its armor by X, his head remains exposed but has a 15% chance to deflect incoming bullets.

Appearance:
is a 5.83 tall animatronic skeleton clad in an armour similar to a horned demon without eyes and covered with a series of pipes and fire mouths all over the body, in the centre of the trunk resides the tank with a highly incendiary volatile gel.
The body is predominantly metallic black with a few sprinkles of bright red, the fire mouths generate small bright blue flames. 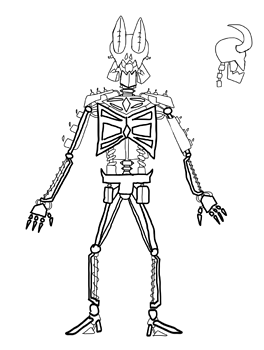 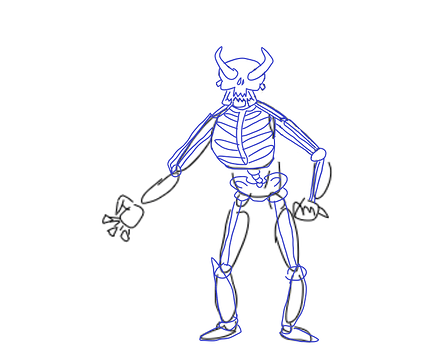 Its Weapon: Crematory Sentence
It is a semi-automatic heavy machine gun with a 5-shot burst.
The base damage is very low, the rate of fire is very high and it can severely reduce the trajectory of bullets if not controlled.
The flame thrower is decorative only. 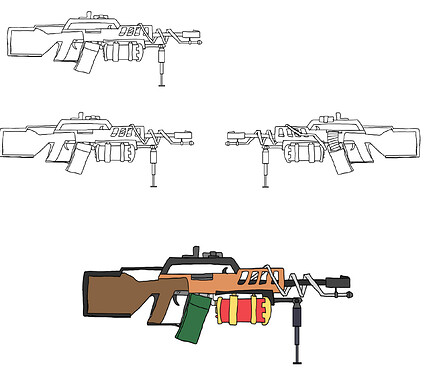 All icons were taken from around the forum

I like the concept of him speaking through songs.