DOT - HDPS - Murderer - Thief - Berserker
A bloodthirsty monster who will bring down any enemy by destroying them physically and mentally.
All his skills are aimed at drastically depowering enemies to eliminate them faster.

Bronze: Furious Assault - Assault the target enemy by jumping on him and starting to throw violent punches for 9 seconds.
The target will remain on the ground for the duration of the assault.

Silver: Under Threat - threatens all enemies by terrorizing them and forcing them to change targets, some may be disoriented or stunned.
For 20sec. Predator will cause 200% more damage to stunned or disoriented enemies.

Gold: Hunter - All enemies in the hero’s sight will suffer [Prey].
Enemies get terrorized by suffering damage reduction, reduction of normal and elemental armor and 10% reduction in movement speed and weapon reload.

Platinum: Bloodlust - Predator constantly steals health and skill energy from allies around him and target enemies as long as he holds them at gunpoint.

Appearance: it’ s not known if it’s male, female, robot or animal.
wears a predominantly black armor with dark gray and red details, has embossed details reminiscent of the skeleton of a reptile, the helmet is molded on the head of a crocodile for the rest is covered with scratches and splinters from old battles.
It’s designed specifically to terrorize the enemy in the worst possible way 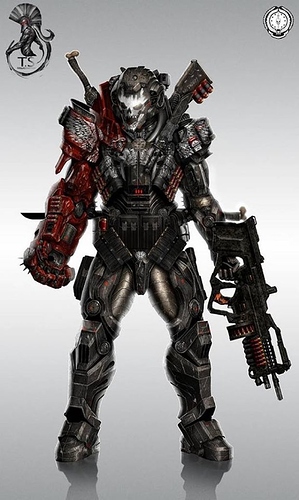 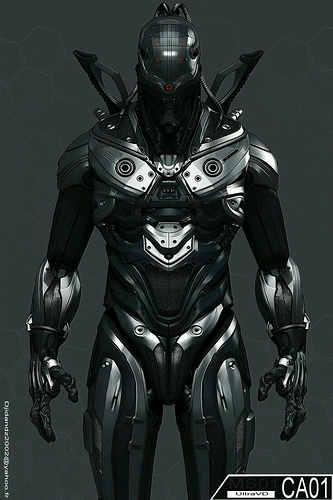 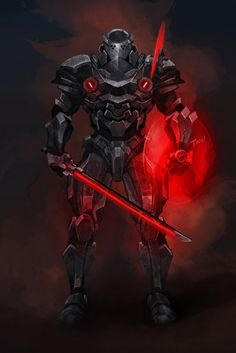 His Weapon: The Hunting Season is a large automatic heavy battle rifle loaded with “Buck and ball” cartridges (a type of cartridge that contains both buckshot and slugs).
Low rate of fire at the edge of the semi-automatic and very high recoil, but it is accurate and causes heavy damage. 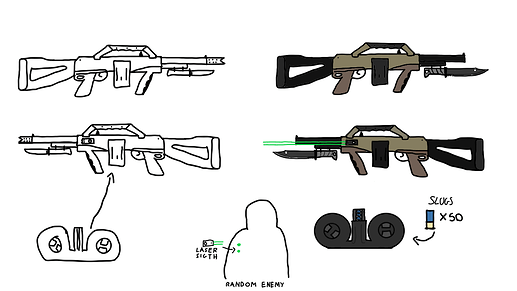 A Bit of Backstory:
This… being… is not a thing of this world.
The violence it uses, the terror it causes is… inhuman.
There’s no way to stop it.
He even kills his teammates by saying they annoy him.
That’s why he’s always working alone, perhaps out of trauma or maybe just for the sake of ending a life with his own hands.
He doesn’t show any signs of giving in, he’s been in action for over 40 years or maybe more.
His list of crimes is immense and every day he finds a new way to extend it.
for whatever reason in the world, for whatever reason you have, you must never find it in front of you or make it “work” for you.
He is the walking apocalypse.

I’m a little iffy about invincible for 7 seconds that seems a bit overkill keep in mind that silver can be used about four to five times per match with good support, work this guy together with Flatline and he becomes absolutely monstrous. Needs testing

It’s a berserker, I did it on purpose to make it disgustingly OP.
And then I haven’t written them so far, but you have to count the time it takes to reload a skill.
not all heroes get to use their skills 4-5 times a game.

If I control the hero, add two tanks and two healers, I find it’s rare that’s I can’t execute the skill that much. Not to mention you negate all damage for 7 seconds and can’t be silenced which seals the deal.

Also by impervious to skills do you mean like moss can’t trigger his platinum via an ally “critically hitting” your guy for 0 damage? Potentially negating gold and platinum seems broken

but why would you put him on a team?
It’s a single-bomb berserker (sorry to repeat myself) if you put him on a team with any composition, he’ll kill you heroes.
It’s OP, it’s broken, it’s evil.
Take Kurtz as an example, he kills allies for the greater good; Predator kills for the sake of it.
I even wrote it in the backstory