This robot has been programmed to “help” enemies to die faster.

Bronze: Overload - Overloads the skills of the target until it explodes.

Silver: Overcharge - overwhelms the health of the enemy until it explodes.

Gold: Counter-Charge - when an enemy dies of an overload, Overlock reloads his skills by 35%

Appearance: as in the picture, but with the black plates, electric blue details and two large electric tesla coils on the back. 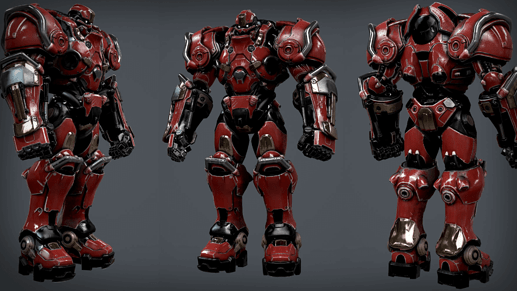 instead of the right arm he has a machine gun, high rate of fire, medium recharge and low damage 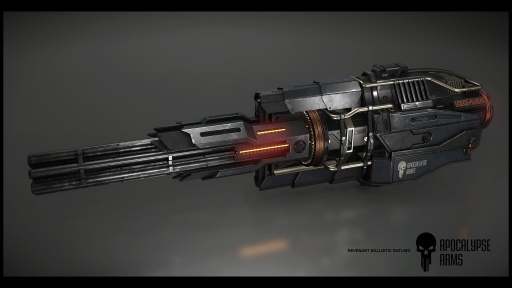 A bit of Backstory: in the original project*, Overlock was supposed to be a huge war Mech with explosive weapons, but this went against another project (which was smaller and more practical) and the poor results in the test fields led to the abandonment of the project.
One day, however, two KLG engineers decided to bring it back to light and heavily modify it.
They re-designed the structure by removing the excess armor making it smaller, removed the rocket launcher and instead of the cannon they added a machine gun with 3 rotating barrels (the machine gun can be transformed into a hand if not in use), the rockets were removed to make room for the retractable tesla reels and reprogrammed it as a support robot.
From a gigantic war Mech it became a (always big) support robot able to overload enemies until they explode, 3 of them were built.
one was the basis for the future Vanguard armor, the second will be re-modified and used as a new body for Bastion (here it connects to the story of the legendary skin of Bastion).
The third was stolen after a failed attack on the HQ of the magistrates, Dogface and Min reprogrammed the robot’s AI giving it its own will.
The new Overlock with new feelings of its own, decided to explore the world, but being a robot 2 meters high in a world of perennial war, forces him to fight to defend himself and others.
He doesn’t belong to any faction and doesn’t want to be part of it, you can say he’s a pacifist mercenary.

*Overlock’s original Project (legendary Skin): it had to be a pilotable Mech, but it gave logistical problems, it was slow, it needed a lot of energy to make it move and many times it fell to the ground helpless or the battery blew up. 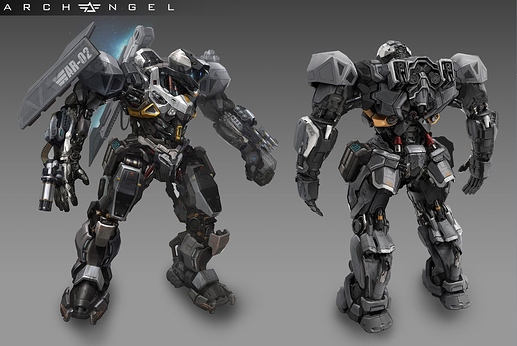 I think I exaggerated in the Backstory, the names of the skills were the first things that went through my mind.
Hmm … all in all it is not a horrible hero (at least not for me), it seems more like a fanfiction character than a real hero.
The usual thanks to Albertolm33, HH and the community

Hate to break it to you, but the gold’s name was used in Anvil’s gold.

how can i call it then?