Background: Nix was always a smart girl, but she kept to herself most of the time. Her ego would make it hard for others to work with her, despite her breakthrough in Cryogenics. With the thought of the end in mind, she sought out to preserve all that was precious in life to one day be able to reintroduce the world to long forgotten necessities.

my design, minus the face cause idk how to do faces. The pack on her back is her Cryo solution that is where it feeds to her weapon. Also, i chose the name for a specific reason 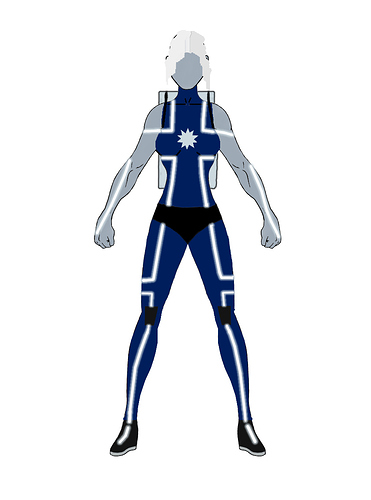 since they would be close to death within the last 10% of remaining health. like 10-15% percent. that to me seems like a good little gap to end them.

and she can do it with an ice pick. she can make it out of an icicle 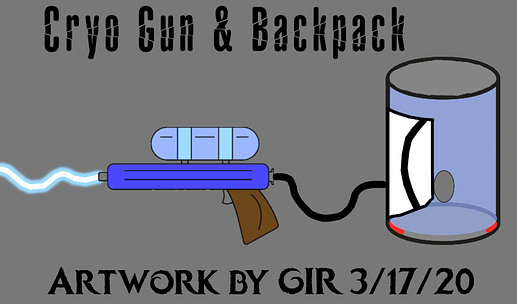 Managed to make the concept for the backpack and weapon. Backpack as per design, holds onto the Cryo formula. The hose on the side feeds to the gun, which in turn lets you shoot said gun. I added the beam for effects. Top of the gun can be the Cryo canisters
that she refills to shoot more

I wanted to add like a frosted over parts of the gun and the cylinder, as a let others know it is indeed a cold element.