Who is this lad? : The king of all, always keeping an eye over us and striking with the holy hammer when needed.

Bronze : Ban Hammer : Strikes the target with a hammer dealing some good damage and silences the opponent for 5 seconds [increases with 1 every 10 levels] charges just as fast as Marlowe for example

Silver : Muninns Third Eye : Watches the battlefield for 10 seconds after that he has a 50% chance to elbow slam everybody silencing and disorienting the targets for 6 seconds and deals medium damage for every ability used or has a 50% chance to slay them with a medieval sword dealing a pretty big amount of damage and gaining a small bleeding effect dealing small amounts of damage every second, this goes in a chain reaction like Ronin, charges in 20 seconds

Gold : The Punishment : whenever an opponent is silenced by [Ban Hammer] or [Muninns Third Eye]they receive a small amount of extra damage every second that multiplies every second

Platinum: Muninn gains a medium shield whenever he hits someone with [Ban Hammer]

Weapon : Muninns Gauntlet :
shoots semi automatic, has 12 in the magazine, they deal a medium amount of damage for every shuriken he shoots, reloads in 2,3 seconds, animation goes as this : opens gauntlet, shoves his hand over the mag dropping 3 shurikens on a layer in a row of 4, closes it, very similar to Hideo

Appareance : Looks and moves like a ninja, with a sword and a banhammer on his back

We need the developers in HH as heroes, because they are to me

I believe @CptLappo already made all the Devs as hero concepts.

oh i think i haven’t noticed, probably wasn’t on forums yet, still its fun to read i hope

This is next level!
Man U deserves a

Thanks, but this idea has also been done my cpt lappo so a medal for him to👍

Appareance : Looks and moves like a ninja, with a sword and a banhammer on his back 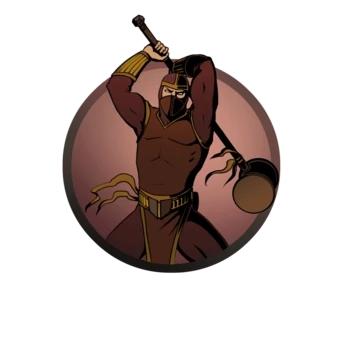 is that your art? or is it from the internet?

No, it’s probably from Shadow fight (?)