Bronze: Proton Battery - Shoot a destructive energy sphere that causes a big explosion and draws nearby enemies to the affected area.

Platinum: Tesla Adapter - the hero’s weapon increases the rate of fire and damage as he shoots, but at the same time it starts to suffer more and more damage.

Appearance - is a large, muscular, bald, black man with a slight beard, a small scar on his right eyebrow and a large scar from his right shoulder to his pelvis.
He wears a military helmet, a light armor similar to a sleeveless shirt, two fingerless gloves, dark military pants and black boots. 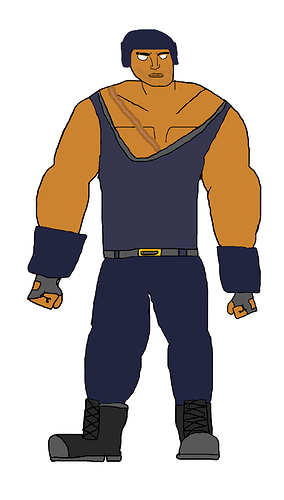 I put passion in this drawing the eyes are missing because I don’t know how to make them.

His weapon: The “*** Glove Plasma Cannon***” is an experimental auto-shotgun formed large glove, fires a rose of bullets with a very high radius (it is easy to miss the target). 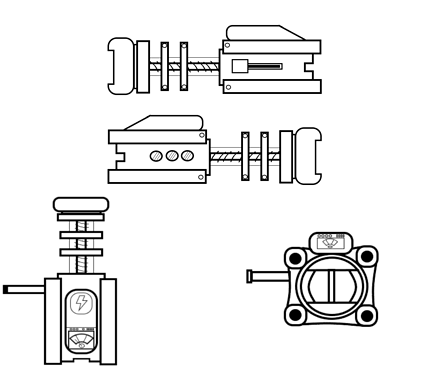 Excellent artwork, keep it up!