In the twilight rain
these brilliant-hued hibiscus -
A lovely sunset.

Glass Armor - DPS - Light Support - Fast Assailant
An old samurai, fast and stealthy.
He is the last possessor of the most violent sword technique ever created.
P.S. He has a mania for speaking in Haiku

Bronze: Rupture of the void - breathe deeply and attack all enemies very quickly but randomly for 4 seconds.

Silver: Technique of the Thousand Swords - the hero throws a multitude of swords across the battlefield piercing all enemies and causing damage every time they move.

Gold: Explosive Slash - when the hero finishes using a skill and puts the sword in its scabbard, all hit enemies explode and suffer a large amount of extra damage.

Platinum: Synergy - when the [Thousand Swords Technique] is active, the swords will start to vibrate making the bullets bounce causing great damage even if the target is missed.

Appearance: is an old man of Japanese descent of medium stature.
He has long hair in the back and a grayish beard.
He wears an experimental armor that increases his strength and speed. 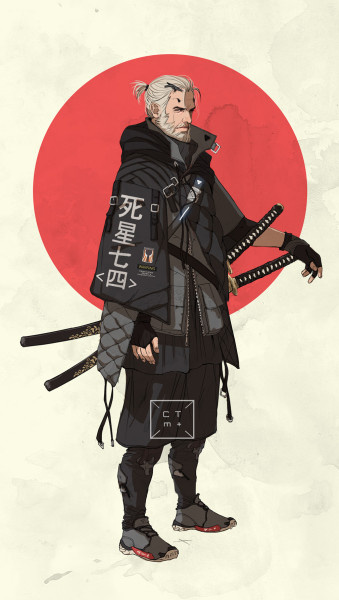 image339×600 58.2 KB
His Weapon: The Cherry Blossom is a simple automatic revolver, slow with low damage but accurate and fast to reload. 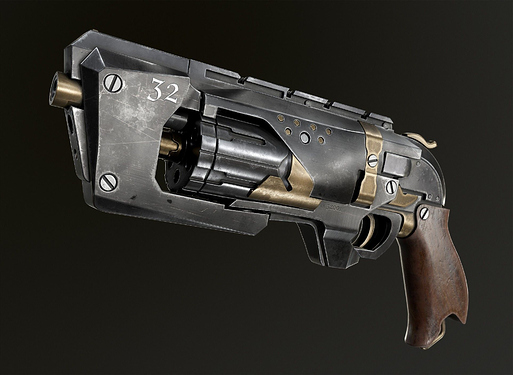 I like that weapon design, very nifty. Seems to be a combination of Hideo, Odachi, and Halo’s Plat.