“They brought me back. They could’ve picked anyone to replace me, but they instead put me back together. I won’t fail, 'cause I won’t be coming back a second time.” 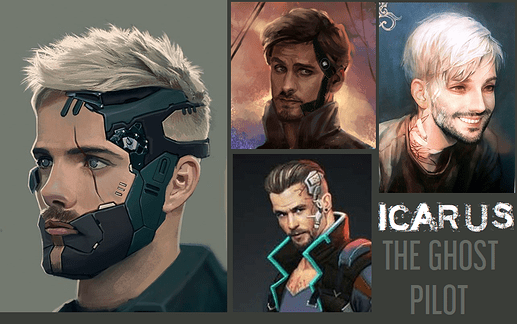 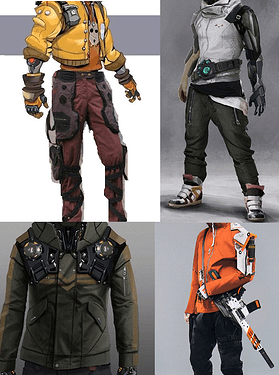 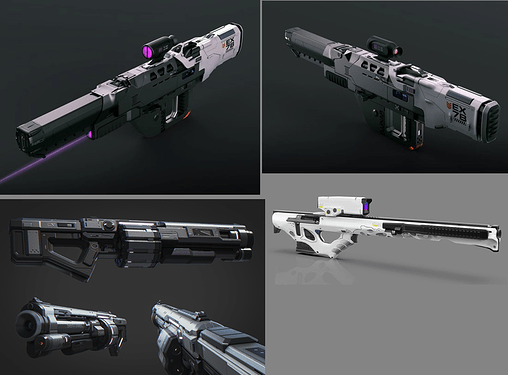 War does not complete the man, Max better understood that.

An arrogant and laidback individual, Max Reynolds knew what he was capable of, pushing the boundaries and challenging what was possible. The restlessness he felt in his small hometown was getting to him, since the sky was the limit.

At 15 he left his family and home to pursue his dream of becoming an ace fighter pilot, and as he quickly grew, he proved himself to be exceptionally adept. The authorities over him saw this potential, and made him a pilot in the newest line of Allied craft.

Within several years, Max’s division had merged with the UAF, and began operations on the KLG. The war progressed for some time, with the cocky fighter pilot taking home many kills. However, not all stories end in glory.

A deadly crash, leaving Max wounded and several allied friends dead, was a painful blow. The mangled pilot would spend many months in intensive care, being slowly put back together by Nightingale and Duran. He would never be the same again.

As a new day dawns, you can find a man who is very much changed, a man unable to do what he once did, unable to speak. He better understands just how close he is to death, and how much he has lost. With a strengthened mind and reinforced body, however, Max Reynolds (call-sign: Icarus) is ready to begin a new chapter in his life…

"A veteran pilot brought back to life. This aerodynamics expert uses his tech to kick up powerful windstorms, creating some controlled chaos on the battlefield."

In addition, all enemies are dealt knockback.

Silver – Shroud – Brings a curtain of fog over an ally, concealing them. The targeted ally gains Invisibility and x Armor for 12 seconds.

Gold – Barometric Pressure – For each negative effect an ally possesses, they gain a charge of [Barometric Pressure]. Each charge increases Attack Damage per second by x and grants 10% increased movement speed.

If the debuff ends or is cleansed, the corresponding bonus is lost.

Platinum – Overcast – This hero gains x Health, and all enemies have their maximum Health reduced by x.

(Creator Notes 1: Downburst is designed to provide rapid health and shields, while knocking back the enemy. It has a lower charge pool, which means that the shield strength and healing are significantly lower than Kobold’s or Butter’s.)

(Creator Notes 2: Icarus is mute, and can only communicate in soft grunts.)

Posted that one a bit early!

I really like the idea of a non-conventional UAF Hero in the game, someone who has a simple, yet unique skill set, and one who is able to provide constant and annoying defensives. It’s almost 2AM where I live, so I would really appreciate it if you dropped a like and/or comment. Thanks!

ACADIA
I liked very much

EDIT: I decided to change the name of this hero with one I am working on a future date. Same hero, new name, so I hope there isn’t any confusion!

This hero seems to fit the character much better, aesthetically and in backstory, so now he goes by ICARUS!

Oh! Just curious, what color do you think Icarus would look best in? (Since the images show different colors).