Eh… if I think about it, they took everything from me.
my house, my dog, my arts…
But only one thing they forgot.
My desire to live the extreme

Damage Booster - Suicidal
A cyborg with extensible limbs, reaches absurd speeds in a few seconds increasing its strength, but at one price.

Bronze: Flying Kick - Extends its arms and clings to the target by blocking it and then charging it and knocking it down and stunning him for 4 seconds.

Silver: Nitro Express - charge his left fist for 3 seconds and then shoot it at the enemy target causing a huge explosion that destroys the cover and damages nearby enemies

Gold: Rubber Body - when the hero suffers damage, he has a 30% chance of bouncing the bullets and hitting a random enemy

Platinum: Sprinter - every time he moves, the hero gets a charge of “sprinter”. 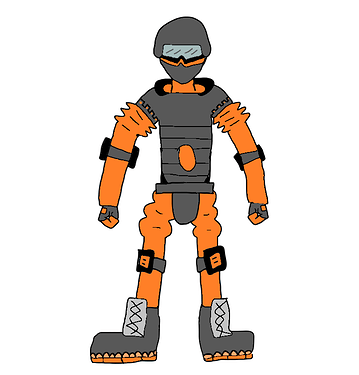 is a German guy in his mid-twenties, a speed lover.
wears a special armor that makes it aerodynamic and protects the body when it reaches high speeds, arms and legs are made of a special alloy very elastic and durable (they can stretch up to 8 meters), the soles of the shoes are full of air bubbles to allow him to land from various heights without too many problems.

his weapon: Speedygonzales (so named in honor of his hero)
is a small machine gun with a high rate of fire and very accurate, but lacks in firepower and ammunition 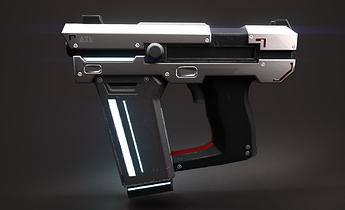