One shot, one dead…
I know it’s a cliché that’s been used and reused, but…
it still has its effect.

Helper - Spotter - Heavy Hitter - LGSR (*)
An infallible sniper, cold-blooded and extremely determined to win.
Like the flower, she’s a loner.
She doesn’t mind company, but she prefers to work alone.
She carries a huge antimatter rifle and if she concentrates, she can hit a can more than 3500Km away.

Bronze: Spy Drone - launches a small drone that will fly over the battlefield marking and blinding enemies randomly every 5sec.

Silver: Weak Point - identifies the weak points of the enemies.
The next shot ignores the armor of the enemies by X and increases the probability of critical hits by 90%.

Gold: Concentration - if it stays out of cover for 2sec without firing, it increases the general damage of the bullet, ignoring the enemy armour by 50%, any shield and passes through cover without any problem.
[Concentration] can activate on any bullet, but is very susceptible to interruption.

Platino: Crouch and Roll - Dalia moves faster when the current cover is destroyed, getting a small speed boost of 1sec allowing her to change area more quickly.

Appearance: is a girl about 28 years old, she’s tall, thin, has white hair with pink tips.
She wears light gray armour, a white half cloak and a white bandage over her right eye. 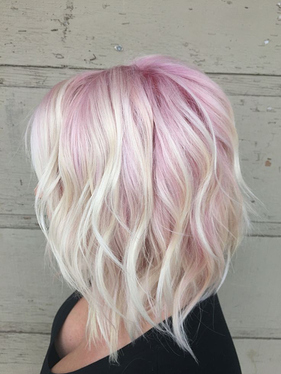 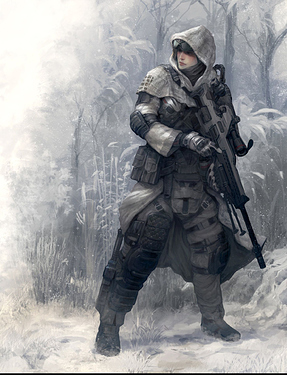 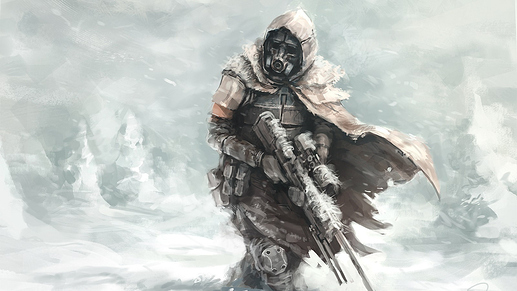 Her Weapon: “AMS 3 Long Shot” is a large bolt-action antimatter rifle very powerful and precise, the reload is a bit slow, has little ammo and the rate is very low. 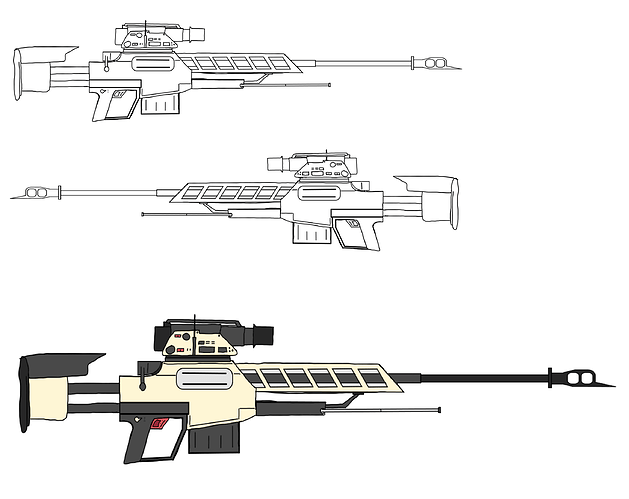 I like the development of this Hero, very nicely done. The silver reminds me of Commando’s Critical Weakness; how long is it’s duration?

it doesn’t have a duration, it stays active until you fire.
if you kill the target it reactivates, otherwise it won’t.

Oh, so it’s a single shot then? Okay okay, that makes sense.

I like it man, would have loved it if it could be in the game, I had a nice concept to but they just can’t because of copyright issues

Oh, I forgot to mention, did you design the weapon? That’s some nice quality right there!

Yes, I designed the whole thing myself.