“I have but one regret; that I chose to back down in hesitation, to hide with all the others. Now that he brought this country to its knees, I will finish what I should’ve finished a long time ago.” 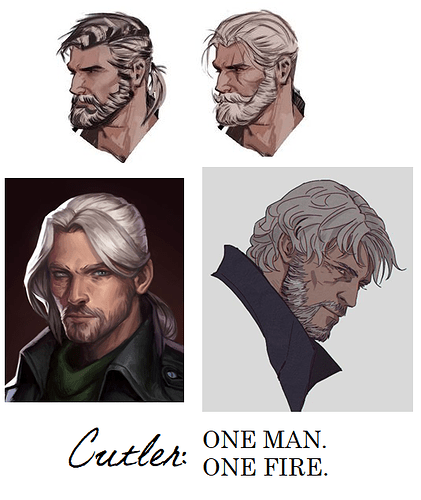 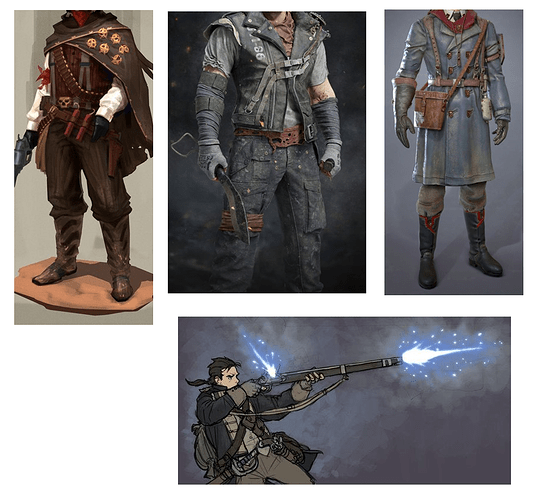 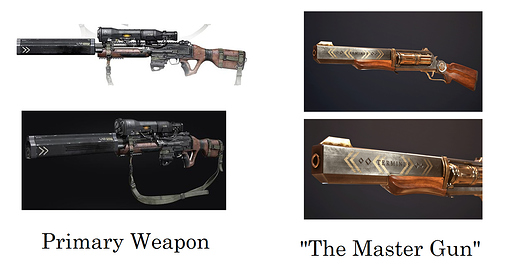 Once a U.S. army veteran, Cutler Smith witnessed the destruction of the country he fought for, a country that his friends had died for. He saw the man Kurtz destroy the things he loved; his nation, his city, and eventually his wife and parents.

He drowned his sorrows in his profession as a captain fighting with Patriot forces, engaging in battle after battle with rebellious KLG troops. In conjunction with weapon engineers, Cutler fashioned an experimental boomstick; immense in power, and reckless in nature. The weapon and warrior became feared and hated among Kurtz’s forces.

He was soon hated by Kurtz himself…despised. They would soon meet during a KLG offensive. A skirmish exploded between the two, followed by an eruptive shot. When the smoke cleared, Kurtz was being dragged away by KLG troops, no longer the man he was. He was mortally wounded, weakened…and more cruel.

…but the war swept over the Patriots. They fled and hid in the face of Kurtz’s forces, and Cutler fled with them. Now he has come face-to-face with the reality of his duty, that he must serve his country, and fight the threat he encountered once before.

“A battle-scarred warrior, a lethal aggravator who uproots defenses to deal focused, immense, and volatile damage.”

Bronze – Root Out – Throwing a bunker mine, this hero deals x mech damage to all enemies in the targeted area, with allied damage penetrating 60% of enemy shields, destroying cover, and slowing them by 30%, for 4 seconds.

Silver – The Master Gun – Switches to a lethal boomstick with 1 round, dealing (very high) x damage. Upon firing, this hero is dealt (small) x damage, and all allies are dealt 0.5x damage.

Enemies affected by [Root Out] are dealt 125% damage.

(Creator Notes: The Master Gun is not automatically aimed, so it is similar to Hardscope’s BFG. In reality, it’s intended to be the most powerful single-shot weapon in the game, at the cost of damage to allies and self, and having a longer cooldown.)

Hey guys! I don’t think there’s a solid mech sniper in the game (yeah Dogface kinda is, but not entirely), one which can be a frightening and deadly threat. I would really appreciate some feedback, as these take awhile to make, thanks!

As a last note, most of his skills revolve around his gun, so it probably wouldn’t synergize with other heroes very well.

(EDIT 8/19: I didn’t really think the previous song fit with the character well, so I went for an orchestral piece. No words, but powerful in emotion and tone, more fitting for Cutler who is a quiet yet powerful individual.)