I have the power of MEMES
Support - DOT - Granadier (and also blind)
A robot designed to quickly break through enemy defenses.
It was perfect until the programmers made a terrible mistake…
They connected him to the INTERNET.

Bronze: Blind Throw - Start throwing a large amount of grenades at the enemy camp, hitting all enemies but in a completely random way.

Gold: Toxic Rage - When the hero drops below 50% of health, will activate a shield that will turn 200% of incoming damage into extra health until it fills the health bar, but has a limit of XX accumulable health.

Platinum: Acidified Battery - when the hero suffers damage, the enemy who has damaged him will suffer “acidified”.
The enemy will suffer slight damage over time which will increase until it changes target.

Appearance:
is a very slim little robot with a light yellow armor.
On the hips and shoulders has 2 pairs of grenades and has a tank on the back. 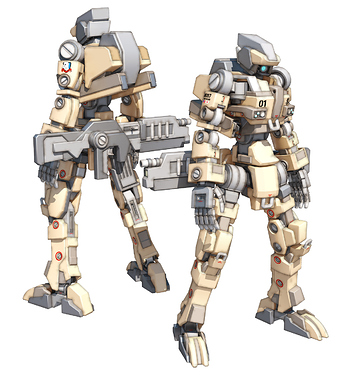 His Weapons:
The “Double Trouble” are a pair of medium caliber assault rifles, with a high rate of fire and high damage, but extremely low accuracy 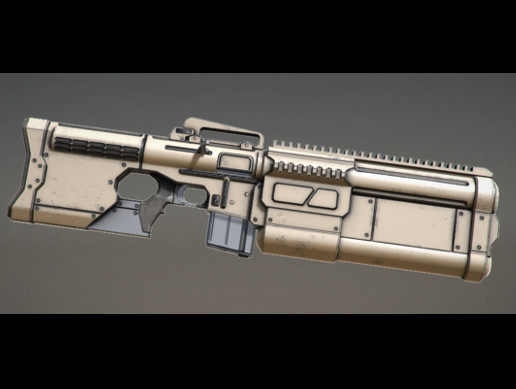 A bit of Backstory:
It had to be a breakthrough robot, but during programming one of the programmers accidentally connected it to the internet downloading an infinity of viruses and other heavy stuff that woke up the robot, going crazy for the huge amount of information and memes and then escaping from the lab destroying everything.
Then reappeared as a member of an unknown faction, is more stable, but does not make it seem.

On a personal level, Curse seems to have managed to create his own personality.
The only problem is that the memes have turned him into the robotic version of Deadpool.