Robot Slicer - Steel Brutus - flying blades - All Purpose Hero
A brutal robot with two huge circular saws on his arms.
He cuts, slices and minces like there’s no tomorrow.
That’s what happens when you indulge Razorback’s crazy dreams

Bronze: Vortexes Of Death - Shoot the large serrated blades at full speed at the target that will cause enormous damage both on the outward and return, but with a high chance of getting stuck in the cover.

Silver: Sharp Storm - Shoot a huge amount of circular blades at full speed towards the enemy camp.
The saws will bounce off walls, floor, roofing and enemies themselves causing massive damage over time.
Bouncing the blades will lose speed and damage increasing the chance of getting stuck in the covers.

Gold: Exaggeration - all blades get more speed, more penetration power and an explosive effect when stuck in covers.

Platinum: Razor wire - the blades of the main weapon and skills now easily pass through the shell and 35% of the enemy’s armour.

Appearance: is a big animatron with an armor made almost entirely out of rusty metal plates.
It’s not complete armor, it leaves parts uncovered but it’s a stylistic choice. 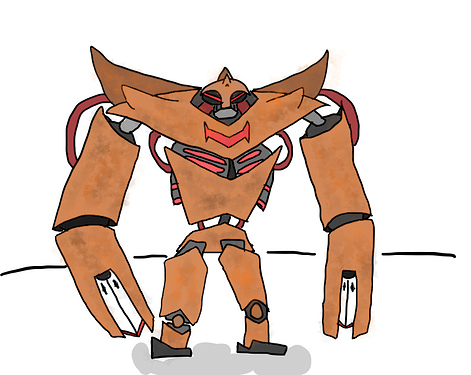 His Weapons: Cannons Of Chaos - are two large bracelets that act as a blade thrower.
moderately powerful, but they have little accuracy, little ammunition and a very low rate. 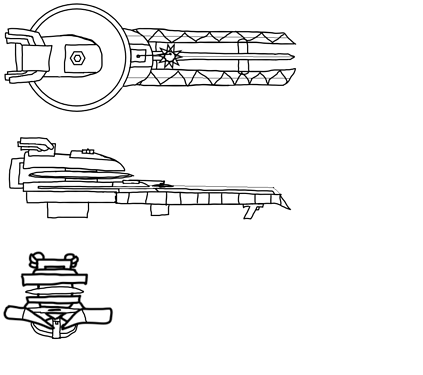 Intro: no intro this time… i’ve tried, but nothing came up to my mind

Yessssss, another killer robot for the army.

Yeah even a freaky, psychotic rampaging one with a thirst for blood.