Former SWAT agent, able to withstand the most powerful attacks while defending his allies

Bronze: Blind and Strode - throws a grenade that explodes a large area and blinds and harasses all the enemies hit

Silver: Peacemaker - pulls out his riot shield and charges the target forwards knocking him down.

Gold: Last Resistance - reached 30% health, pulls out the riot shield that absorbs up to 40% of the damage until complete destruction.

Platinum: SWAT - For the first 15 seconds of the game, Bunker generates shields for the allies, while it draws fire on itself.

Appearance: He has more or less the same size as Buster, only a little higher.
Wears a heavy SWAT armor, with a helmet with visor, a dark blue uniform, a bulletproof vest, protectors on shoulders, elbows, gloves, knees and shoes. 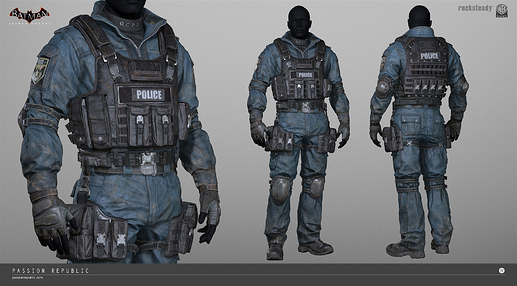 He is armed with an M16A3 high rate of fire (burst of 3 shots x 25 bullets), low damage, medium reload speed. 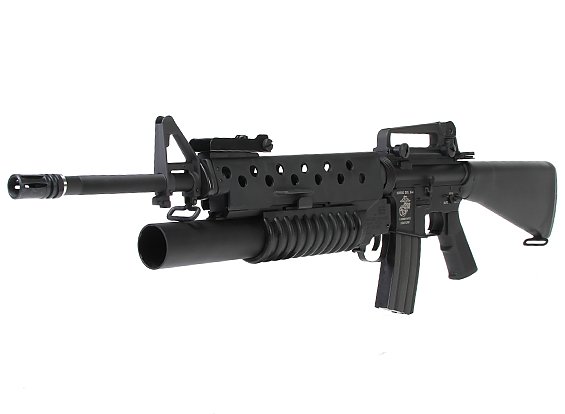 A bit of Backstory -
They were surrounded, on the one hand a huge platoon of the UAF on the other hand the remainder of the KLG.
had taken refuge in a Hangar to escape the crossfire, were visibly tired and with little remaining ammunition.

Bunker: What do we do now?
Buster: We can only wait for them to slaughter each other.

*Look at the others.

Buster: How are you? Do you have extra ammo?
Soldier 1: No sir, many of us are seriously injured and we’re out of ammo.

*Buster Look towards Bloodymary and ask for the same thing.

BloodyMary: I’ve run out of ammo and the last vial of blood, I’m out of energy and Chef is still out of use.
Chef: Hurry up before it gets cold.

Silence falls in the hangar and even outside the noise fades more and more until it completely subsides.
at a certain point, outside the doors you can hear the voice of a woman.

?: Well gentlemen, I’m sorry to announce it to you but the KLG has withdrawn and now you are the only ones missing… what do you want to do? You are going out or do I have to break through the door?

Buster peeps out of a crack and sees a woman heavily armored and with a huge rifle in her hands.

*Buster approaches Bunker and whispers to him: oi, guess who they sent.
Bunker: She?
*Buster nods
Bunker:… Okay… I go out and see that I combine.

The hangar door opens and Bunker comes out, all the soldiers warn and point their weapons at him.

*Bunker raises the visor of the helmet and smiles worried

Bunker: Panzer… my love… what good wind brings you around here?

As soon as Panzer sees it, the face changes from a slightly smiling expression to one of total hatred, anger and disgust.
Bunker starts to sweat cold and looks around always smiling.

Bunker: well… I see that you have cleaned up everything eh… eheheh… you … hmm did you change your hair?

Panzer explodes a shot near the feet of Bunker who, frightened, jumps backwards and pulls out the shield.
Panzer contitnue to shoot at the shield as she approaches and Bunker tries in every way not to fall for the counterpoint.
When her ammo were finished, Panzer throws the weapon on the ground and grabs Bunker’s shield.
She throws it away and shere an upright in his face, taking it in full.
Bunker falls backwards, Panzer throws himself on him and begins to beat him wildly.
After about 30 punches, Bunker manages to shake her off and push her away.

*Bunker dries his blood from the nose
Bunker: Okay the first 28 shots I deserved but, the other 2 for what were they?

*Panzer puts himself back in the attack position
Panzer: the first is because I hate you and the second is because you hid behind that shield.

*Bunker puts himself in a defensive position.
Panzer: Tsk, you always hide out.

Panzer starts the attack again with a straight punch but, even before she can hit Bunker, she is stopped by a noise in the distance.
Buster comes out of the Hangar and takes his brother by the collar, pulling him away.

Buster screaming: The osprey is here.

A huge plane arrives at the base and begins to strafe the area, pushing away UAF troops.
The tailgate behind opens and troops leave the area, opening a security perimeter and putting under fire Panzer, who had remained motionless and was staring at them.
Blaze also comes out of the tailgate with a bandaged shoulder.

Blaze: sorry for the delay… I had to work…
Blodymary: Yes, we heard your sweet chat with your dad.
Blaze:…

The doors of the Hangar open completely letting out the few remaining soldiers, along with them also comes out a “new recruit”.

Blaze: Who’s that?
Buster: A surprise for the Boss… to all the troops, we retreat!

Bunker is going to leave but, before he approaches to Panzer that was kneeling on the ground, he crouches down next to her, takes his face and kisses her in his mouth.

*Panzer push him away and spits on the floor screaming
Panzer: What the fuck are you doing?!

*Bunker laughs, stands up and enters the Osprey
Bunker: You can hate me forever, but I will love you forever… ahhaha.

It seemed like a perfect sentence to leave and close in beauty, but in the end Bunker raised his middle finger to joke and this infuriated even more Panzer who resumed his rifle and began to shoot at the plane missing all the shots.

I was reminded of times when I played counter strike. One of them had shield and pistol, and grenade. Man, those were days.

I hope we find an actual shielder in game with shield. Like CS - it can put on a shield, deflect attacks if angled correctly against onslaught if not an active skill since its a gear. I like when small things like this are kept in game so players can try to utilize them.