They do this to me, now they had to pay
Tank - Survivalist
A survivor of the Heronium experiments, a concentrate of uncontrolled rage driven by the objective of revenge on those who ruined his life

Bronze: The Face of Evil - shows his true face by terrifying all enemies and disorienting them as he draws fire on himself

Silver: Toxic Gas - releases a cloud of toxic gas that invades the field, causing constant damage to himself and his enemies

Gold: Rotten Meat - randomly activates when the hero suffers damage.
When activated, the hero avoids all normal, elemental and critical damage for 1 second.

Platinum: Devourer - recovers health every time he suffers damage from abilities equal to 50% of the total damage

Appearance - It’s an agglomeration of muscles and rotten flesh, experiments have devastated his body and mind.
To survive he needs a special suit heavily armoured with two large cylinders that allow him to breathe 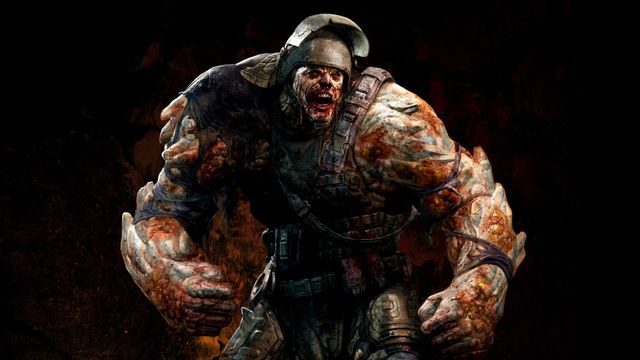 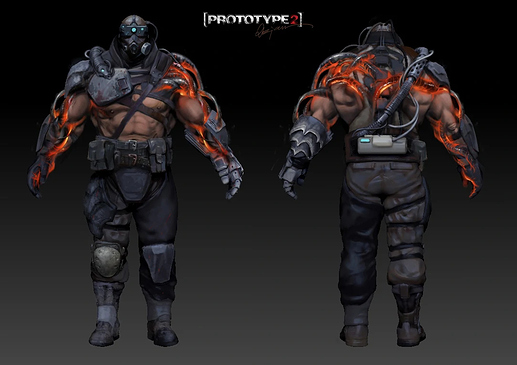 image.jpg1083×765 164 KB
take those as an example: with a gas mask with three tubes, the two on the sides connect from the cylinders directly to the lungs through the mouth and the central tube serves to throw out the air.
The heart is in plain sight inside a container filled with a special liquid.
The rest of the suit is a mixture of Cast and Richter’s Skin KLG.

His Weapon: Whisper of Death - is a huge machine gun with two fixed barrels, the first barrel is for the primary fire, the second barrel serves to shoot the toxic gas (Bronze skill).
is so big that it has a sort of mechanical hook that is positioned on the shoulder and helps the operator to reduce the recoil, but Abomination is large enough to hold it with one hand.

A bit of Backstory -
Truck: prisoner n.660 O’Dollan James, born somewhere in Russia, naturalized American.
Mr. O’Dollan was a lieutenant in the UAF Naval Forces, after the dissolution of the naval forces due to lack of money, he was transferred between the aeronautical forces and put immediately in the front line.
One night there was a heavy raid by the KLG in the UAF QG, many died and as many were captured.
…blah blah blah blah…
this we jump…
ah here… the beginning of the experiments.
then, it was directly subjected to the effects of the gaseous Heronium.
The first symptoms were uncontrolled vomiting, blood escaping from every pore, violent muscle spasms followed by excessive growth, decomposition of meat.

Blaze: What a disgust…

Truck: okay, the list is still very long, but we understand the concept…
continuing, somehow he survived and thanks to his special suit… he manages to “live”, the special mask he wears protects his deformed face and allows him to breathe through two tubes connected directly from the lungs to two cylinders full of Heronium Gas, it is ironic that the gas that destroyed you now keeps you alive.

Boss: They practically turned him into a zombie

James breathed so hard and the mask covered his voice but you could understand something.

Boss: Okay, sign here, here and here and give me a nice handshake.

the two of them shake hands, but Boss regrets it immediately.

Boss: Uhg… slimy and sweaty… Welcome aboard Mr. O’Dollan, now I leave you to Truck that I… ugh… I’m busy.

Truck: then James, before I go I have to take your fingerprints if you still have them and you have to choose a nickname.

Truck: hmm… for your peculiarities… hm… I will call you Abominio

On a personal level, is an absent person, does not care about anything that does not affect the movements of the KLG, is driven totally by anger and hatred.
He prefers to work alone and is extremely aggressive and grumpy towards his allies, the only one he more or less agrees with is Bloodymary.