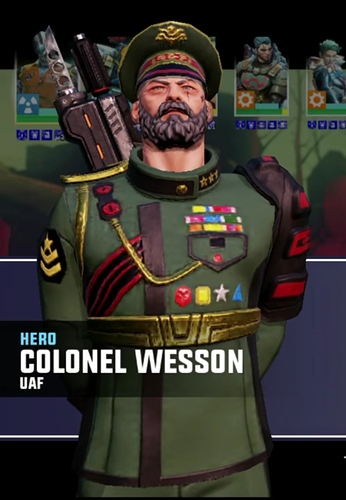 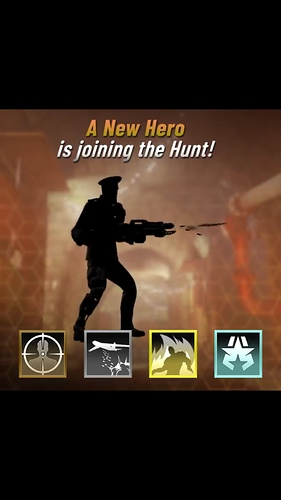 I really hope this is not a joke

So this means another uaf month

Or is he truly evil?

Thats great, hope for more skins than in august update

Good point! Hmm. If he’s evil then what’s his faction?

It doesn’t HAVE to be Wesson. Could be anyone with the same kind of hat. I hope for an energy hero since I saved up loooaaads of blue fragments. If they cycle the elements we should be getting an energy hero now.
But then again it sure looks like Wesson. And he doesn’t seem like the energy type.
If… He’s not a robot!

What if Wesson is like Nick Fury and this is just a double/robot replacement cause he has other plans (like being a double agent spy and Klutz or whatever).

I gave my thoughts on the facebook post. I have some guesses for something. I do like how they get the community together to participate and stuff. so thats pretty cool. Cant wait to see the hero spotlight when the time comes.

Well the shadow has a robot leg, so probably mech.

What if @GIR is right, Wesson replaced by a robot and the uaf are the bad guys without knowing it, steel noticed this and left them because of it.

Or Wesson is just the bad guy and the scenario is the same.

We have all been wronged!!

Well the shadow has a robot leg, so probably mech.

Heckler is all robot and energy so I don’t think that really matters? 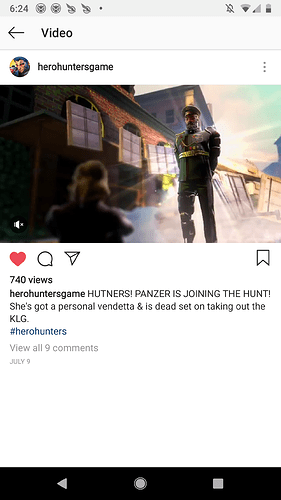 Yup, his gun also has the same bayonet with 3 holes in it

He probably has anti revive to counter the revivers haha

I think he will be the mech reviver. All elements need one. His Platinum skill will spawm a random UAF when he dies so it’s almost like a revive TBH.

I hope I’m wrong though HAHA HHG, surprise us.

I think since he’s the commander of the UAF faction his platinum boosts the morale of all UAF members in the team, increasing their stats like hp, damage, etc.

I’m OK with that. They should add something unique like that to all factions. Like the more Morlocks you have on your team the more fire damage you’ll deal.