Some people suffer from bee syndrome.
They think they’re queens, but they’re just insects.
Controller - Support - DoT
A technology-loving insectologist, she is able to recall huge swarms of wasps that annoy enemies

Bronze: Wasp Killer - Releases a huge swarm of wasps that chase damaging and reducing the sight of two random enemies for 8 sec.

Silver: Sticky Melm - Launches several grenades that explode to release a melm that blocks or slows down any enemy within it.

Platinum: Zombie Insect - When the hero attacks an enemy, the target has a 30% chance of losing control and attacking their allies.

Appearance: is a woman of medium height and very thin.
She wears a protosuit reminiscent of the exoskeleton of a wasp. 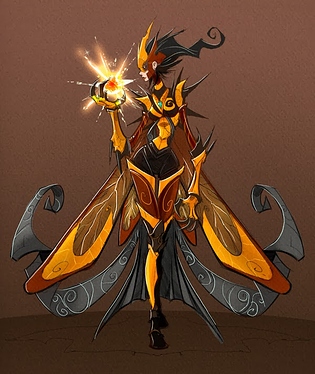 Her Weapon:
the "Sting " is a small machine-pistol with a high rate of fire, fast recharge, but very low damage 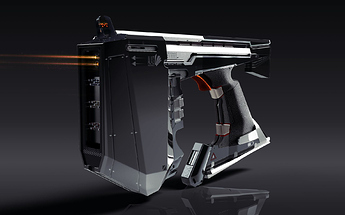 A bit of Backstory:
When she could be considered human, she was a cheerful and playful girl, a lover of bioscience and technology.
Her only problem was her enormous curiosity and hunger for knowledge.
She started experimenting with different substances on herself, until she discovered the existence of the Heronium.
Thanks to all his doctorates, he was able to get caught as an assistant to Dr.████████.
She was working in a room full of insects and from there she discovered that wasps were surprisingly immune to heronium in a gaseous state.
She began with increasingly dangerous experiments, so that his own body began to mutate.
Then there was the Day Zero.
The laboratory was invaded by special teams, they destroyed everything but in doing so they caused an explosion that released a huge amount of heronium killing everyone.
She was the only survivor, thanks to her experiments she was more resistant to Heronium, which did not kill her but the huge amount of that gas in pure state changed her to the extreme by combining her DNA with that of the surviving wasps.
When she came out of the room, she was a completely different.
Was still too weak, so she “borrowed” one of the protosuits.
As she explored that “new” destroyed world she discovered she could control some wasps and subdue certain types of people, she was recruited by a new and still expanding S.W.A.T.
Wasp is the oldest and strongest member of the faction, she is the mind and also the muscles on various occasions.

On a personal level she is still cheerful and playful, but it’s as if she had a collective mind, waiting for the right time to attack and deploys her endless hosts of insects to defend herself.

I forgot to post Wasp before the posts were closed.
Those are the rest of the Faction

Ooo! What a queen