New buffs in current Elemental Wars is crash the game

Literally. And this is not fun. Big movement speed make camera go wild from start or when you try use skills. Very often this is auto lose. Plus you may start battle without any possibility of control. 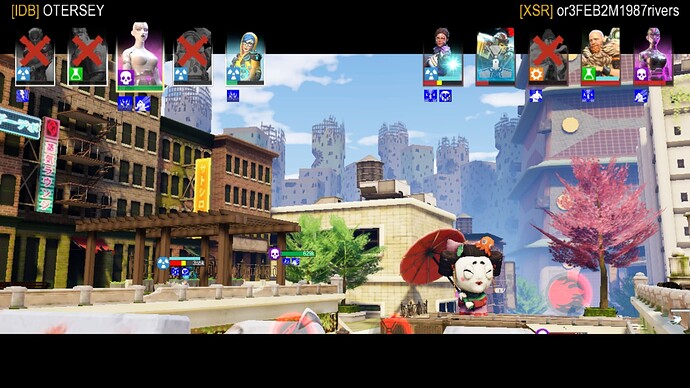 I have personally not met any crashes or control issues.
What i did notice is that the movement speed is too much. It indeed turns your character around which means you have to reposition once again in order to face a position where you can actually shoot your enemy.
Would love if this would be looked after

I also experienced some problems. They seemed to happen with certain heroes more than others. Every time I used Verrill, I would spin in a circle right before he got to his starting position and sometimes he would get stuck facing the wrong direction. In the middle of the match, Verrill would spontaneously turn around and get stuck. Usually, I could fix it by moving left or right but sometimes it happened when I was starting his silver skill so I couldn’t move right or left. So yeah, there were definitely some issues.

Also, why did 2x movement speed make them move faster but the 2x fire rate made them shoot slower?? Seems like they often get these multipliers wrong. Your criticism about testing these changes out makes sense. All it takes it one game with a hero of each element to know if you changed the numbers in the correct direction or not. Why aren’t they doing that?