I need a team for campaign district 12 and hard district 9 I have more power than suggested but struggling to find a 3 star team any suggestions will be appreciated. 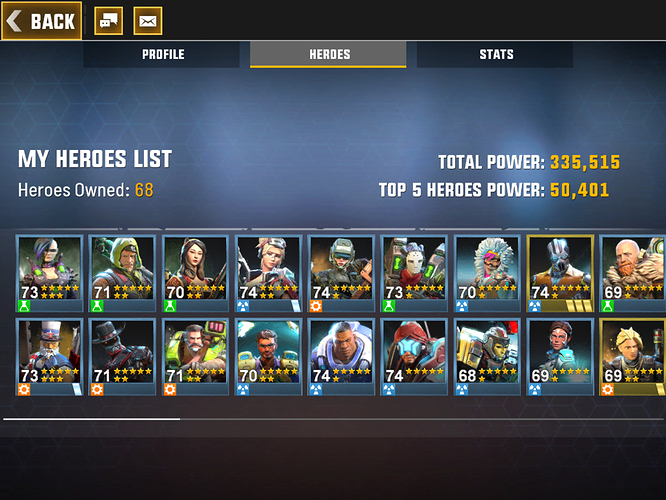 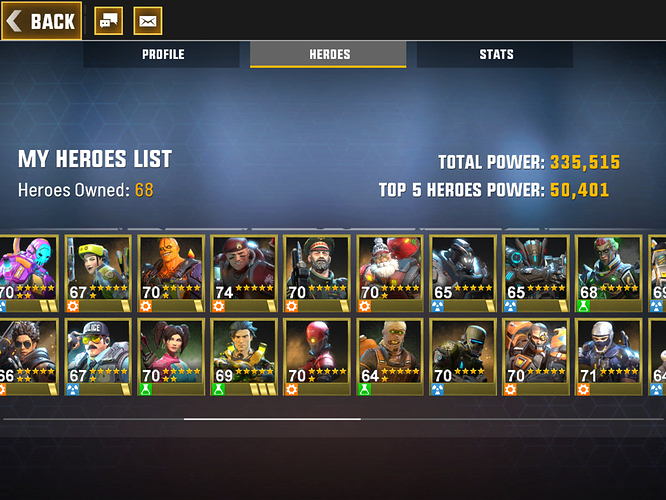 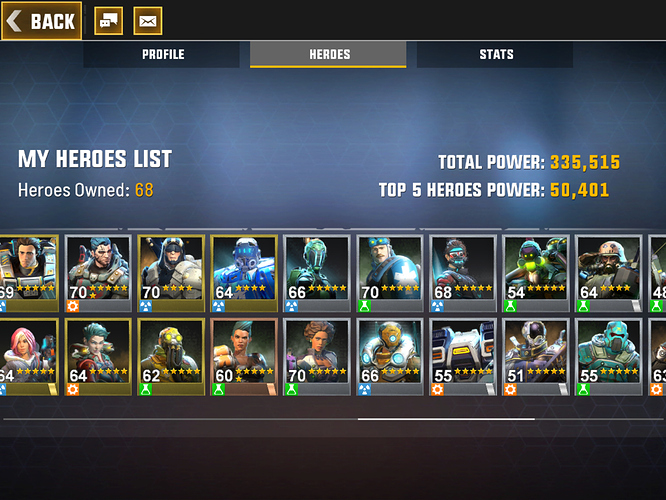 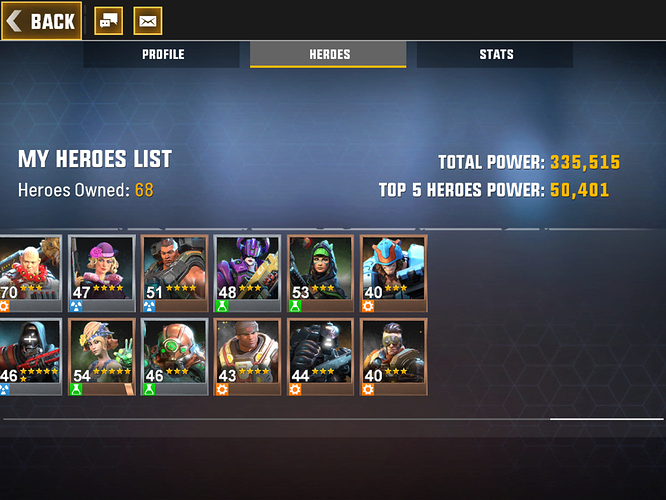 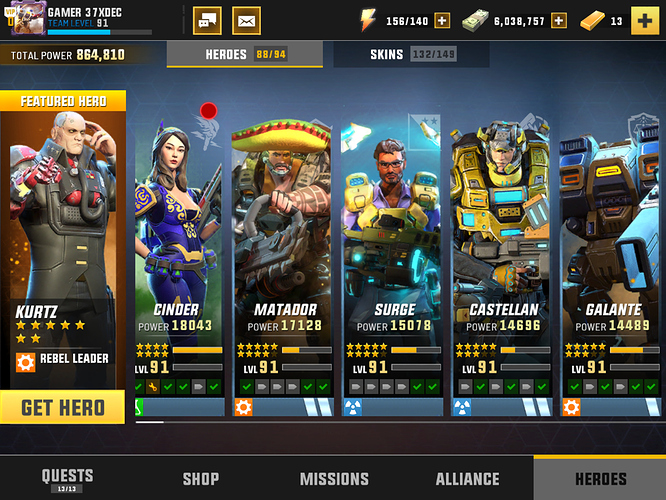 What do u mean? (20 characters stuff)

I personally reccomend kunochi over the entire course, she does great against kurtz and even greater when playing against the UAF batrayers/commando, purifier etc together with some good backup dps and decent support you should be able to go, hit me up in pm for extra help (M E L L O W)

What carried me through hard missions is Carabina. If you can keep her alive, an upgraded plat Cara helps tremendously when you can get her gold/plat charges off. Boosts every allies dps, which gives heft to your team offensively.

For example, at this level:

(Also, Stars > Bars. Focus on getting hero fragments instead of getting materials for Plat 2 or something.)

I can also agree, Cara is often ignored, but I used her with Shivs, Hive and Oracle for healing and major damage against hard mission bosses. She was a life saver during the scavenger hunts when I had to get through district 13 and 14