This is getting ridiculous.

I understand the grind for parts, and I’m all for it. But mission 5-4 (the only mission that awards Gold Throwing Stars) is practically a troll. It’s pretty much just a trash dispenser for energy. If you wanna make zero progress on ranking up heroes, head here.

I can’t give you exact numbers, but every day, the first thing I do with my energy (and ads) is run through all the hard mode missions on 6 different heroes. Then I start working on ranking up heroes. By that time, it could be anywhere from 3-7 PM. So I usually have 1- 1.5 energy refills before I go to sleep (around 120-180 energy). Divide that by 6 (cost of doing x1 mission 5-4), and I have 20-30 chances to get a Gold Throwing Star.

I don’t wait until it refills completely, I check in several times a day and I can do about 3-5 attempts each time. Doing it this way, I almost never get a Throwing Star. So now I’ve been trying to do bigger groups: 6,8,10, or more in a row. I’ve found that you don’t really stand a chance until after around attempt 5 (in a row, mind you). Then the odds become a little better (not really). Also— and this is why this RNG is a troll— most of the time, I don’t get a Throwing Star until the very last attempt I can do, like it’s taunting me. I SWEAR TO GOD IT’S DELIBERATE. Within just the past two days, I’ve gone from 13 to just 17 Gold Throwing Stars (taking the estimated amount of energy I spend (120-180) multiplied by 2 (240-360) divided by 6 equals 40-60 attempts. Only 4 succeeded, giving this a 1/10 to 1/15 win rate).

Maybe change the coop raid, event bonus items. to daggers and stars instead of the same stuff gorgon gives us and we don’t do because it’s just annoying to do.

I completely agree, but these “raids”, “events” and gorgon need a change

I usually do 3-7 its either fuel cell or silver knife, but sometimes both

Yep, the Gold Throwing Stars are a pretty well-known resource roadblock. I know it’s tough to do if you really want to level up Dog/Maven/Flatline but I use probably 75% of my Gauntlet gems solely on Gold Stars and Gold Daggers because just about every hero needs them and they both have craptastic drop rates from missions. I’ll still buy hero frags now and then (usually when I’m between 500-699 gems left for that day) but it’s been worth it to keep overall progression going.

And when Gold Stars are available in the Alliance Store, I generally buy out the stock there as well. 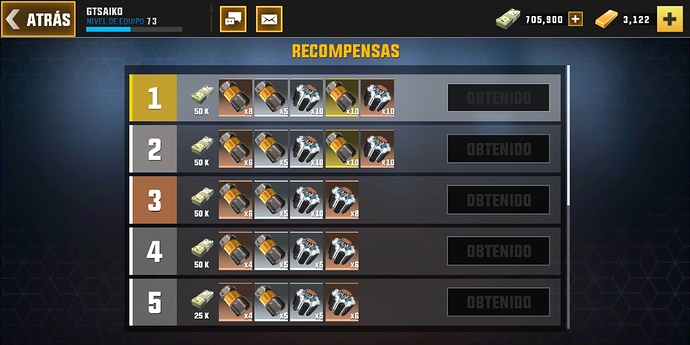 These events should give throwing stars/knives instead of grenades. We can already get a lot of grenades from gorgon.

I don’t know others, but I have like 2500 grenades of each type, getting 10 extra from an event makes no difference

Seems to be set up that way so you’ll spend gold on energy.