After uodate when you destroy Min’s 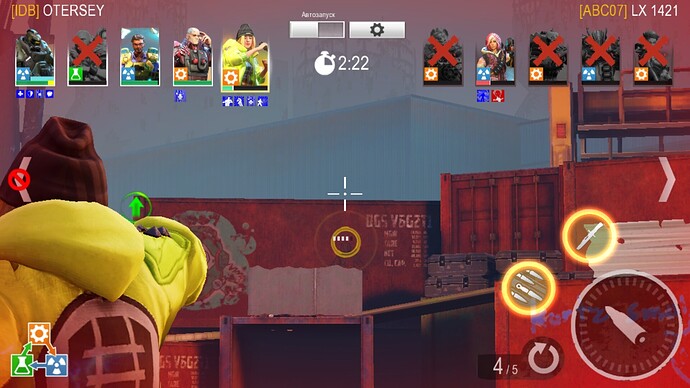 Her hologram has likely ran away. Holograms often get stuck somewhere. Seeing she still recovers hp from her clone that means you have not destroyed it. BUSTED

Are you think what you is most smart guy in City, lol? Her hologram not run away, not stuck in decorations. This is a bug. Like with Kurtz and Ifrit. After this update.

It is not. She is clearly invisible. She has the buff that is only active when her clone is. Unless you have a 360degree view of that moment i don’t believe it’s a bug.

Besides. Her hologram can actually run away. It also doesn’t get hit then. This can occur on a lot of maps. And for the record. I do not think i am the smartest guy in the city. I never said or pointed to something like that

Keep it classy. Focus on the topic, not on personal attacks.

I played alot of pvp a few nights ago. On 2 separate occasions. Mins clone was dead but min remained invisible. I didn’t report it because I didnt care. But there is an issue.

What bug occured on Ifrit?

I can verify that this happens now. When the hologram did she remains invisible and regains health. I don’t write many support tickets because I am lazy, oof.

Even I can verify it. I played with Min and she remains invisible even after the hologram is dissipated
Won 3 matches thanks to this .

Is Min stays invisible even after a ‘marked’ skill (like Nightingale’s marking skill) applied to her ??

I write about this only what see how many peoples talking about Kurtz and Ifrit.

This thread is the first I’ve ever heard of these issues. Reporting them to support when they occurred would have resulted in quicker action, as per forum rules.

I did both actions. And there, and send ticket in support.

I have been playing since beta too. That is not a valid argument for this issue. Seeing other people experience this issue too i’ll give you that. But you should watch your attitude because not many people will tolerate that. As so why one of your comments is flagged. I don’t need a reply to this thank you

You were BOTH warned. You don’t need to respond to somebody being rude to you. Drop it, flag it, let a mod handle it. You know this. Trying to get the last word in and telling someone to “watch their attitude” isn’t in line with forum guidelines.

Now, we have to shut this.