HelloHunters.png999×123 76.8 KB
Since the release of the August 2019 Update, we’ve received feedback regarding the newly-retooled Gorgon Wakes and the new Gilded Crate. There was also a loss of service on August 4th that caused decreased game performance. We wanted to provide some additional information about Gorgon Wakes and the Gilded Crate, as well as address the problems we experienced on the 4th.

The Gorgon Wakes Co-op Raid has been updated with greater challenges and new rewards! The first wave now features a MAU-8, and while facing the Gorgon itself, different enemy Heroes will spawn as you destroy parts of the Gorgon. 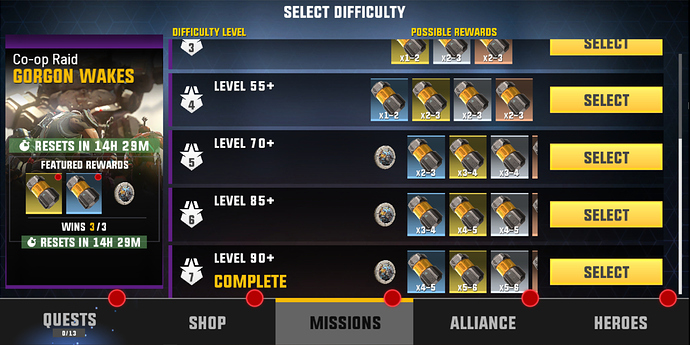 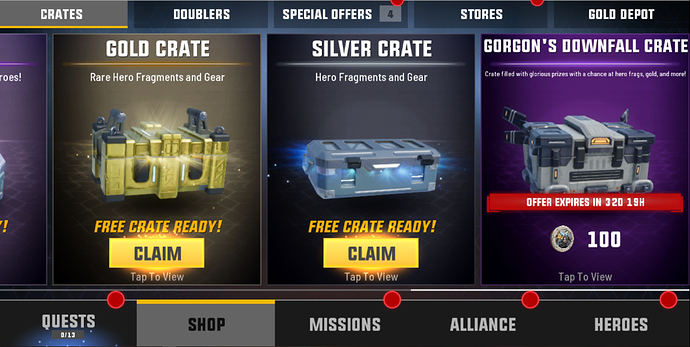 This Crate awards you one prize from a selection including upgrade materials, Stamina, Bucks, Skill Points, Hero Frags, and even Gold!

Note: if you currently don’t have any Gorgon Crate Tokens, the Gorgon’s Downfall Crate will not appear in the Store. Gain Tokens to view it! 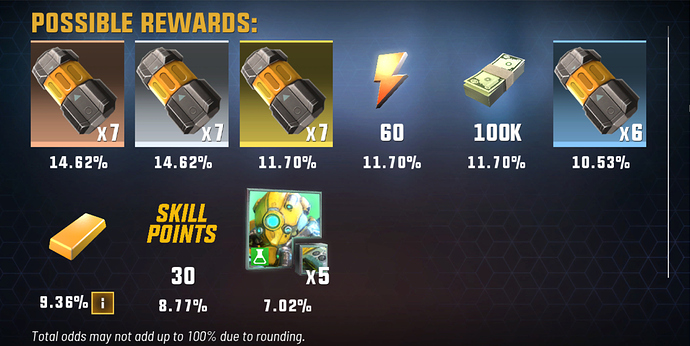 You may have noticed that the Crate has an expiration timer. When it runs out, a new Gorgon’s Downfall Crate will appear with a different Hero’s fragments as a potential prize.

The new Gilded Crate has a higher chance of awarding Year 2 Heroes and 7* Heroes. Also, starting today, August 12th, you can earn Commando, our first 4* Hero, exclusively from the Gilded Crate.

On August 4th, the Hero Hunters servers encountered an issue that caused a period of game instability. As a result, many players were unable to progress in various game modes and encountered sync errors.

We were able to identify the issue and resolve it, but a large portion of our player base was still affected by the server issues

We sincerely apologize for the inconvenience this has caused.

We have sent a compensation package to all players, which will be in your Inbox if you haven’t already claimed it.

Thanks to everyone who sent in reports through the support desk, which helped us identify and investigate the server issue. Thanks to all players for your patience, as well!

@Skathi - The clarifications from this post are greatly appreciated. And although I’m incredibly disappointed to hear that Commando will be available only primarily as a result of paying real-world money directly, I understand that in the world of mobile gaming, it’s a necessary evil. (an especially ugly evil in this case)

The updates to Gorgon Wakes have been phenomenal and a refresh to that particular game mode has reintroduced the raid into most of our daily grind once again. However, the single primary issue with the GW raid continues to go without being addressed. A 3-per-day limit is not a good way to handle the co-op raid game format. I’m going to paste my prior thoughts here in the (futile) hopes that you guys realize and correct your mistake. Because that’s what it is; an error in judgement.

There is one thing however, that still needs to be addressed before the raid is where it needs to be. It needs to be changed to 1 run per day. We have THREE Gorgon raids to do daily to keep up with the baseline for daily progress. I can’t help but wonder what the point of this is. It serves no discernible purpose other than to waste time every day.

Daily grindy repetitive crap is what you put into solo game modes; not co-ops. Trading co-op raids is a pain enough already. But with three Gorgon resets per day, we need to find someone and do six runs just to keep up. I’m going to repeat this just to make it crystal clear:

A co-op raid is the absolute worst format for a 3/day game type.

There is literally no benefit to making us find someone and both babysit our phones for 5-10 minutes every day just to hit two “play again” buttons 5 times. Please make the agony stop.

Not sure if you read the whole post, but we told you a specific date where you can earn Gilded Crate Tokens without paying money! Check again!

Fair enough. Read it but was too focused on GW for that to register; edited my response accordingly. Happy to see that he won’t be exclusively pay-to-play

Good to see some more information out there about what is going on with changes etc, nice to see feedback is being listened to. I do agree with the above comment about GW but that is for another thread, mainly the only thing I think that is missing from here is the Carabina Skin event? surely that is coming soon and should have a section on the mid month update notes. Either that or I am presuming another forum post will be coming soon regarding that event solely as it is the first time an event like this has occurred.

Big thank you for making gilded tokens available elsewhere, a question however is will commando be available through normal means of stores eventually? And if so will he be as illusive as 7* due to his apparent exclusivity through these tokens.
Keep up the good work!

EDIT
Also I don’t know if anyone noticed but a massive thanks for listening on war tokens, you can now convert fragments into war tokens meaning you don’t need to waste cash to craft the full items. Such a good adjustment!

I was in the top 100 in the last faction fight and elemental war, and you tell me that 300 gold compensates the effort … is a joke, I lost more than that.

Since it went to all players, it’s likely the most balanced compensation that they could give, idk.

Some info, you need to wait for. We’ll talk about Carabina’s Skin soon.

Yep I was ranked 45 and didn’t get my pvp faction rewards and had 3 support tickets closed.

But why put the granadess in the.crate? I want to see something different like bullets or boots. I have a billion granades.

Its like the current coop its not worth playing much because the rewards are not usefu. I wanna see a rewards changel

2 thoughts on a rewards change

1st just because you have a billion does not mean that a person who just downloaded the game has that many. Remember we were all noobs once and needed all the materials.

2nd use them for alliance war tokens. What are you hoarding them for?

1 by level 50 most people can get granades just from gorgon without the crate.

2 i have 10k alliance war tokens. Every time i try to spend them my team has bought everything. Sooo i cant use those either.

Sounds like a you problem. Just be glad they changed it

It could be. I just wanna see different rewards in events. Like the current coop doesnt have much in it that is worth doing

Server issues suck but they’re a first world problem that we got compensated for in a free to play game. I’m pretty happy with that.

The crates and token are fine. Somewhat annoying we can only get Commando from a crate drop but this isn’t a new method and he doesn’t seem like a game breaking character.

Feedback: Gorgon is boring, sick of beating the same 6 robots daily.
Response: Let’s add 6 more, that has to make it more interesting!

Some good changes were made that nobody seems to be celebrating. Surprising y’all don’t mention it on your notes. GW tokens now actually show how many you are getting per level and the war tokens are much cheaper now. Keep the feedback going as the devs are obviously listening

Feedback: Gorgon is boring, sick of beating the same 6 robots daily.
Response: Let’s add 6 more, that has to make it more interesting!

ANNNNNNNDDDDD, lets give more grenades as the primary reward for the new GW crates, since the thousands players already have surely isn’t enough! /s 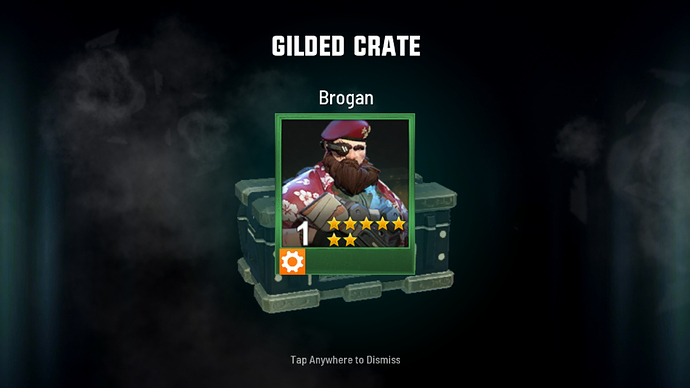