Michael used to be a former KLG scientist researching potential uses for heronium, when he stumbled upon The Terracotta Titan. He was fascinated by Xianjiu’s heronium cloning ability so he ordered a squad to capture him to be studied. However Xianjiu escaped by detonating Michael’s heronium caches destroying the lab and burrowing Michael under the debris, rendering is molecules unstable from the heronium and Xianjiu clone samples. Days later, Michael managed to put himself together and was rescued by the Magistrates, who allowed Michael to control his molecules and even discover the ability to disrupt other molecules from other objects. Michael is forced to use stabilizing packs to keep his molecules in check.

Bronze ability: Molecular disruption
Michael leaps at the enemy and places his hand on them, disrupting the molecules of target enemy, stunning for 2 seconds and then leaping back dealing X damage while leaving the enemy permanently disoriented. Nearby enemies will also be affected (enemies in the same cover or within the distance, Michael extends his arms to do this, albeit very short range)

Gold skill: Unstable fusion
When Michael uses Molecular disruption he also destroys the enemy’s cover, which blows up dealing huge X mech damage in a wide area. Resupply also provides allies with increased mech damage and explosive rounds (like Galante’s). If a gold+ Galante is present in team he deals mech damage in a small area instead with each shot (like Gammond’s kill shot radius).

Platinum skill: Phase shift
Michael constantly heals X health per second and gains 30% to dodge attacks due to his molecules rearranging themselves (kinda like what the Flash does to pass walls). His weapon also penetrates X armor and 40% shields.

Ruby skill: either Supported or DPS 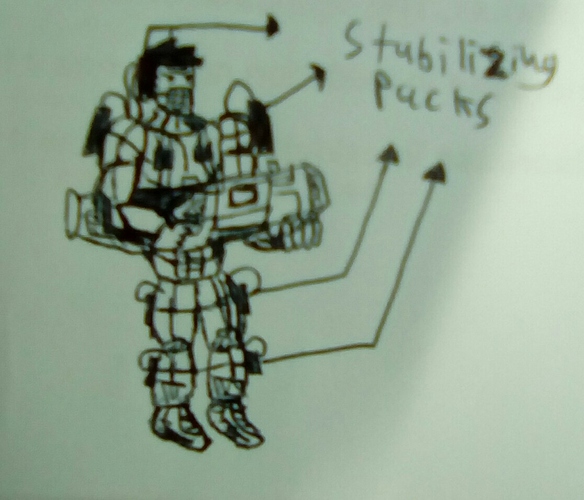 Nicely done! I like it, especially the silver skill. using cover as a resource is a useful tool

You know what I would love to see in a Molecular Man? One of his powers shrinks him to half size (or third size!) Imagine how painful it would be to try hitting a tiny target. LOL