May 2021 Update Notes - The Ursus Update

The Ursus Update is COMING SOON! 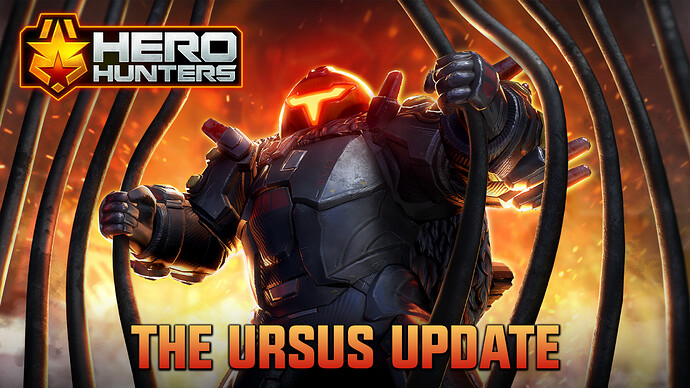 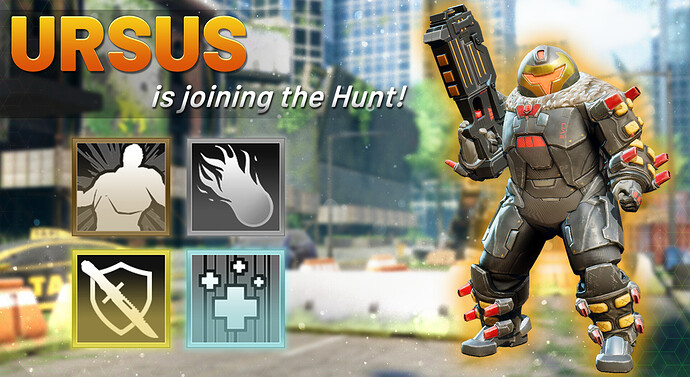 Ursus, the “Unstoppable Force,” joins the Hunt! This tanky Frontline fighter leverages his super heavyweight armor to great effect, taking damage for his teammates, delivering it back to his enemies, and ignoring any attempts to stop his charge.

Check out his Skills here: https://bit.ly/33GpY2W 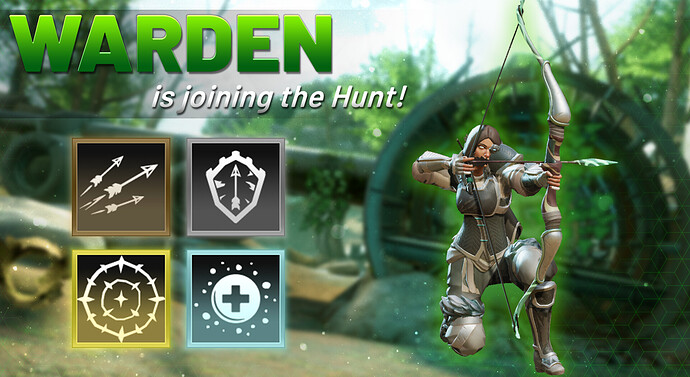 Warden, the “Stalking Huntress,” joins the Hunt! Utilize her powerful charging capabilities and target marking to unleash devastating kill shots to the enemy!

Check out her Skills here: https://bit.ly/3uO2m8r 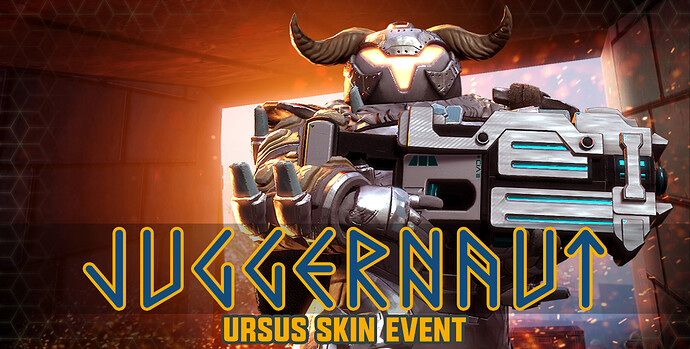 Take on the Juggernaut Co-Op Raid Event to earn Viking Tokens, which will give you a chance to win the exclusive Viking Rare Plus Skin for Ursus!

NOTE: You’ll need to have a Team Level of 40 to unlock the Skins function and equip your Viking Skin if you win it. If you win the Skin from Team Level 35-39, you’ll still own it, but you won’t be able to equip it until Team Level 40. 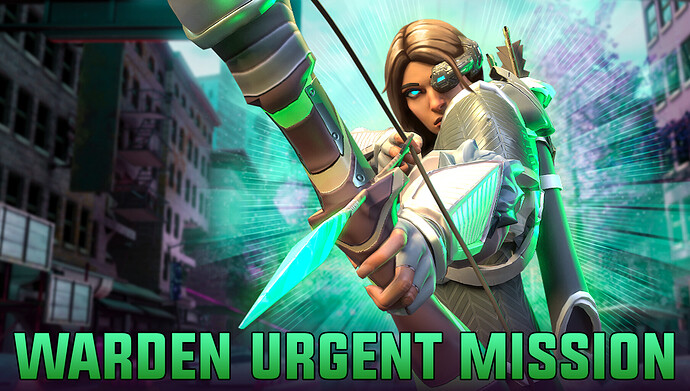 In this Solo Event, Ursus and Carabina have been dispatched as envoys to gain the People’s Guard’s assistance against the Patriots while Ryker and co. visit other Factions. Between resistance from The Watch and a cunning hunter from Teraventa, Ursus and Carabina will have their work cut out for them. 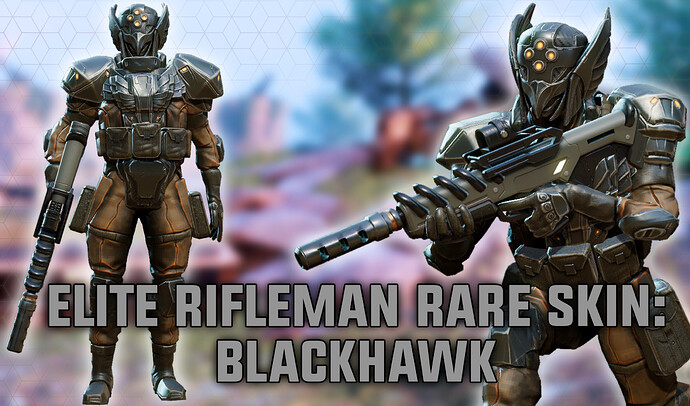 This month, Feature Crates will feature a new probability system which will tailor the Crate slightly differently for each individual user.

If you own a Hero that is available as a prize in a Feature Crate, and you have that Hero maxed out at 10 Stars, the drop rate for that Hero will be reduced. The cut percentage will be distributed among other Heroes present in that Crate that you don’t have at 10 Stars who are at the same default Star level as the 10 Star Hero.

Example: Butter (3*), Carabina (3*), Cinder (3*), and Phalanx (5*) are in a Feature Crate. You have Carabina at 10*. Some of Carabina’s drop rate would be divided and given to Butter and Cinder within this specific Crate.

These adjustments mean your chances of acquiring a Hero you don’t already have maxed out are increased, giving you greater chances to power up Heroes who still need attention!

This only applies to specific Feature Crates. No other Crates are effected.

With this release, you’ll find a button linking to our Discord server on the main menu.

Join the official Discord server to connect with other players, share strategies, and enjoy giveaways! 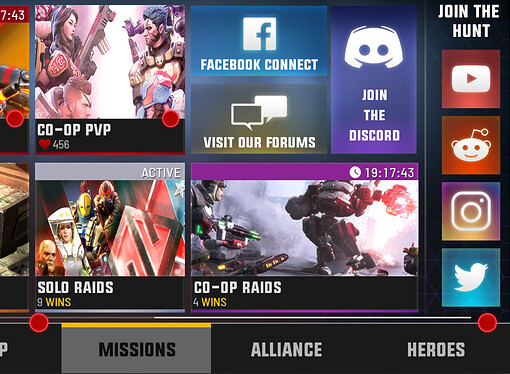 Some stats redistributions result in Harbinger’s Skill Damage seeing an increase this month.

Ethereal Form is the core of Silhouette’s kit, so we’ve made some adjustments to make it more effective.

Woah! I don’t know what to say, this is an INCREDIBLE update. From the skins to the crate improvement chances, to the balancing changes…just wow, HH.

Awesome. Love the skin for ER. And then that minotaur skin for the bear? That is just epic. Can’t wait to test my luck in the drops

Wow! What an amazing update!! This is 3 in a row that I have been astonished by. The new probability in certain Feature Crates is a new amazing feature. I love it. Everything in this update looks great.

Blackhawk!!! Man, that is one of the coolest skins I’ve seen yet. I think I will ruby Elite Rifleman just because of it. It reminds me a lot of my Flock concepts. This is by far my new favorite skin.

Sorry Sapphyr, but it appears that your Sentai skin is now #2 on the list, Blackhawk has taken the lead!

here they go again with the modifier changes. i hope they didn’t Becked Harbinger.

awesome skin for ER tho👋 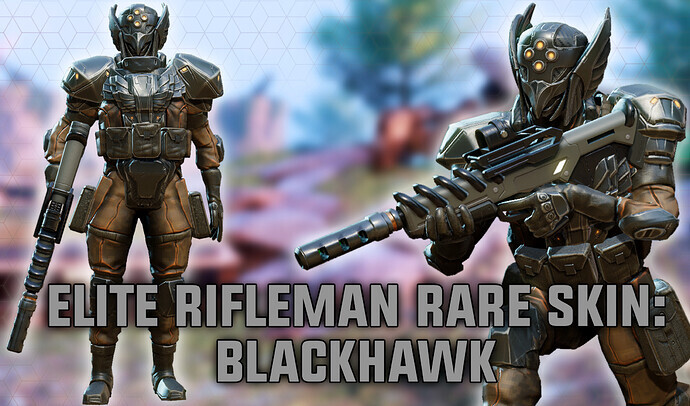 […] including the Rare Plus Forged Skin for Warden […]

A full picture please? And Im missing a Mythic skin this time!!!

new hero (and crossover) are awesome. Can’t wait to start upgrading them. Especially now that we have good chances with the crate changes. This is exactly what we needed. Thanks for another awesome update

What is bonus faction of the update?

That ER skin looks DOPE. I also really appreciate you guys working on bugs and buffing a character when you know we will be using them in an update, it just makes it all a lot more enjoyable and not everyone does that

Elite rifleman is out to kill!

That blackhawk skin is sick! And increased drop rates are always welcome!

Super grateful there isn’t another Mythic Skin right away. Those are a massive hit to my heronium and had me thinking I might not be able to keep up with the game if they were released very frequently.

That ER skin is baller, I really dig it. One of the top skins I’ve seen ever.

As for the rest of the update, top shelf! Hope to see a bunch of new faces on the discord! (Pro tip: read the rules before you chat away!

So did Harb get a buff? Everyone in VIP said nerf…