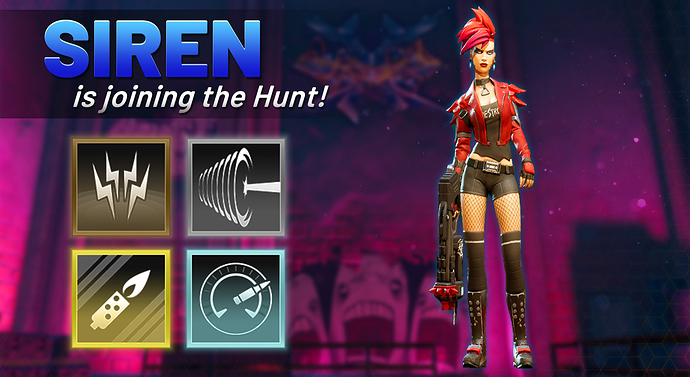 A rebel with a cause, Siren, the Deadly Songstress fights the KLG on behalf of the Morlocks. With her ability to damage every enemy on the battlefield, this killer DJ can deliver ear-blasting attacks that leave her opponents reaching for ear plugs.

Join us for a very special Min’s Danger Simulator event, celebrating Cinco de Mayo! Matador has invited the UAF Heroes to a party. Looks like he wants to party a little too hard, so you’ll need to fight your way through waves of opposition to make it to the man himself!

Data and feedback show that Briar was a little underwhelming at launch. Adjustments to her rifle and to Viral Spores will make her more of a contender.

Butter is one of our oldest Heroes, and hasn’t received love in some time. We’re increasing Draw Fire’s active time to give him more utility.

Callidus hasn’t seen a lot of PvP use. The current meta favors Healers, so we wanted to make her more useful as a counter to those teams.

Woe to those who challenge his might. Galante’s got the biggest buffs this time around. More bullets, higher fire rate, and more missiles. Many more missiles! Praise Galante!

Data shows that Kobold isn’t being utilized to her full potential. Changes to Chem Shield and Corrosive Shields should improve her viability.

In this current Healer-centric meta, Mandrake’s buffs to other Heroes run a little too wild. We’ve toned him down a bit to make him less of a dominating force.

We’ve increased the effectiveness of Lead the Charge and Rally Cry, which makes Matador a more solid PvP pick than he was.

Phalanx struggles in Campaign and PvP. Extra damage reduction on her most-used skills should help her find more success.

Pris’ Charmer ability was too easy to counter. Now, she’ll have an easier time getting the skill to activate.

With all the shield buffs, we couldn’t leave out Razorback. Not during Morlock Month!

Riposte is a little too powerful in the current meta. We’ve made adjustments to ensure Ronin is as strong as he should be without being overpowering.

Just like Callidus, Sapphyr has seen adjustments to make her more effective at countering Healers in the current meta.

In correcting Yeager’s skills after launch, we overshot the mark. These alterations should keep him competitive, but not abusable. 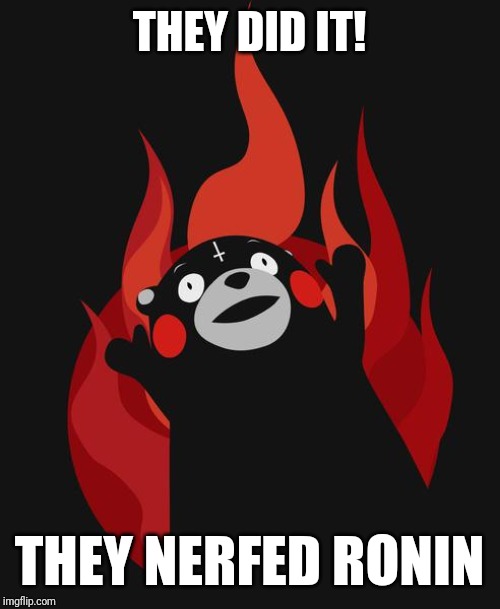 I actually think Kobold is already a strong force in pvp, I’m surprised she isn’t being used that much.

Why did we buff Galante? He is meant to be a coffee machine not an actual hero to use, Christ if he ends up dominating im gonna be mad lol

“Galante” and “buffed” in the same context…?

We are doomed. The false god has won.

Moss and Bolt will be replacing Anvil and Ghoul in the PvP Store.

But… Main issue with Ronin it’s a his platinum skill. For example in most battle his shield almost not nedeed. And now, when Matador and Butter have more strong shields, this make nerf of his first skill totally senseless.

Cut the Ronin health or don’t give him damage buffs for tank heroes.

I am glad that Galante got a buff. Makes me relieved that getting him to gold aint a mistake

Looks good, except for the Ronin part.

Briar got some much-needed buffs, as well as Galante lol. Matador is gonna be even more of a pain, I thought it was bad enough already. Phalanx buff should be interesting. I also liked the added descriptions, especially the official acceptance of Galante as a god meme.

Ronin’s main issue is Honorbound’s attack damage boost, not Riposte. I do think Riposte is annoying, but because of its fast cooldown. Once one shield is done, another one can pop up in 5 seconds or less.

I really want whatever the Devs were smoking when they decided Butter needed a buff but Yeager needed to be nuked from orbit.

Yeager nerf reminds me of how they destroyed Fortress a few months ago for no reason. Like seriously, Sound barrier gets 20% longer for its base cooldown, its charge appears to be reduced over 90%, and now it doesn’t even charge while its active.

I mean, god damn, both of Yeagers passives are dependent on Sound Barrier. Mach 10 seems like it will be unusable now. I dont even use Yeager for PvP but my jaw dropped to see the devs destroy him out of nowhere and then believing that this will ‘keep him competitive’. What.

@Muninn what about skins ?

Father Galante: “Your skins are forgiven”

Considering how Yeager’s Mach 10 Plat lowers almost IMMEDIATELY and very quickly without an active Sound Barrier, if you aren’t able to charge Sound Barrier when it is active then that makes his Plat absolutely useless as you wouldn’t be able to build it up at all.

Butter’s edge over Kobold was his longer and larger shields and his weakness was that he couldnt shield himself and allies in one skill. Now Kobold matches his duration and also provides team passive team healing while shielded (surpassing Butter’s Gold of only self-healing) while having a bronze that surpasses both his Bronze and Silver but with slightly lower shield levels. Butter is getting made redundant or Kobold is just getting OP imo.

Pris’ Charmer’s usefulness was locking down the enemy and not particularly the damage dealt so this change is really doube-edged.

Matador is already doing his job well as a shielder/healer. He did not need a buff at all.

Bye Yeager, it was a pleasure to troll in PVP with you.

maybe they’ll buff him again next update. This nerf might just for the satisfaction of all those teams who were soloed by this guy