Usually I win 8/10 matches, but the guy that always makes trouble for me is Mauler, maybe I don’t know how to face that guy, but always struggled for the win or lost the match when facing 7/8* plat Mauler.

I want to work on him,. But I don’t know what hero’s should I put around him.

Hope you guys can help me with it.

My cheat team is (all platinum):
Mauler, Ifrit, Oracle, Halo and Min.

Basically because Halo’s platinum skill will trigger all the time because Ifrit makes everyone disoriented and Mauler will make sure disoriented enemies take damage. Those lightnings - everywhere!
Oracle is good for this team because she starts the fight by also inflicting Disorient and she will also speed up your skill recharge (which is good because you DO wanna get Showtime going ASAP). Min will also speed recharges and is also acting as Panzer bait.

Mauler will do well against 1DPS setups, I like him as a meta-breaker in that sense but he will struggle against any team with Flatline + Nightingale + Mandrake.

Flatline will make Mauler struggle to finish people off and Mauler can’t exactly burst down Flatline quickly either due to elemental issues. Plat/Nurse Nightingale counters the Ifrit + Mauler + Halo combo since Healing Wave + Plat Healing will mitigate and quickly heal off the teamwide damage from Showtime. Mandrake just screws with your ability to keep someone stunned.

I probably have the screenshot posted somewhere, but I will show again for guide purpose. Here: 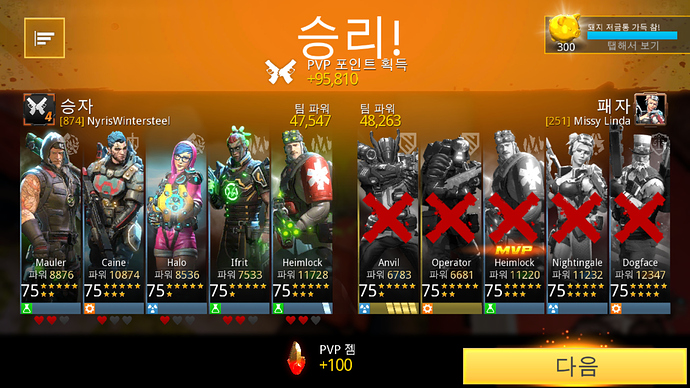